In this problem, we are given a singly linked list. We have to delete the middle node of the given list.

Let’s try to understand the problem statement with an example.

This question is not a very complex one. We can easily think of a Brute force solution, in which we find the length of the linked list, store it in an integer N and then delete the (N/2)th node from the list, with the help of a simple deletion process.

Let us have a glance at the above approach.

In this way, the link gets successfully changed, and the middle nodes gets deleted.

Can we solve this question without actually finding the length of the linked list?

So, we now have the node just before the middle node. We will simply change the links now. 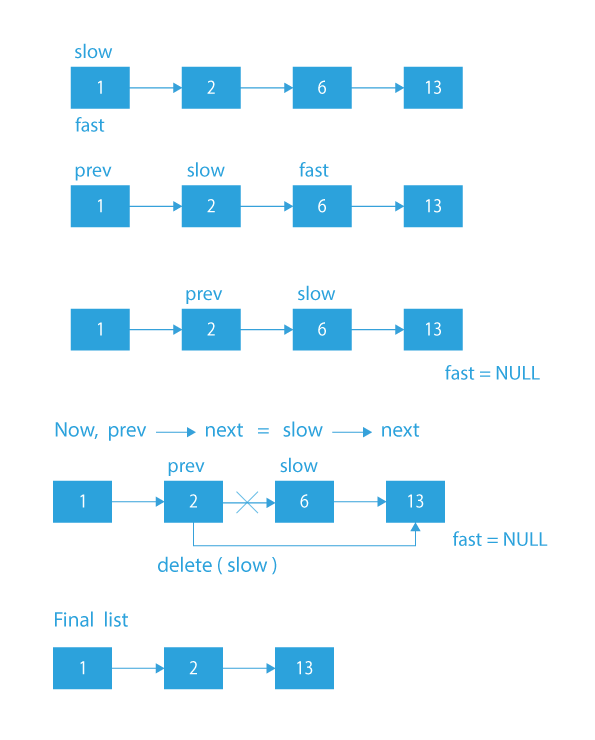 So, in this article, we have tried to explain the most efficient approach to delete the middle of a linked list. This is an important problem when it comes to coding interviews. If you want to solve more questions on Linked List, which are curated by our expert mentors at PrepBytes, you can follow this link Linked List.