We will be given three different linked lists and an integer as input. Now, we need to find whether there is a triplet (one from each list) that sums up to the given integer.

To understand the problem statement, let us take examples.

The above approach gives the correct result, but its time complexity is high. Can we reduce the time complexity? Let us find out If we can do so in the below approach.

To see the above approach in more detail, move to the algorithm section.

1) First, sort the second list in ascending order and the third list in descending order.
2) Initialize a pointer a with head of first list.
3) Run a while loop till a is not NULL and inside the loop:

Note: For simplicity, in dry run and code implementation, we took second and third linked lists, which are already sorted in ascending and descending order, respectively. If you want to know how to sort a linked list, please feel free to refer to this article for sorting related concepts of linked list. Also, inside the code implementation, we haven't provided the sorting function (function to sort the linked list); if you want to take unsorted linked lists, please sort them in proper format (the second list will be sorted in ascending order and the third list in descending order) using code from above-mentioned article, before passing them to isSumSorted() function in the code. 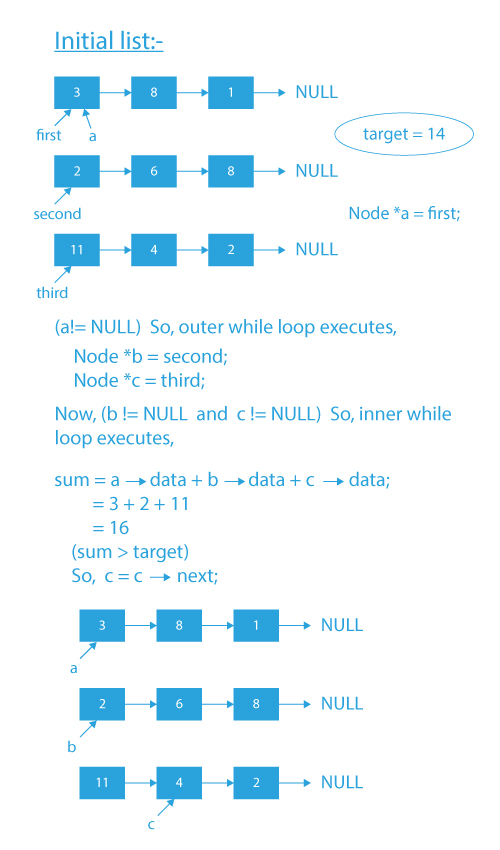 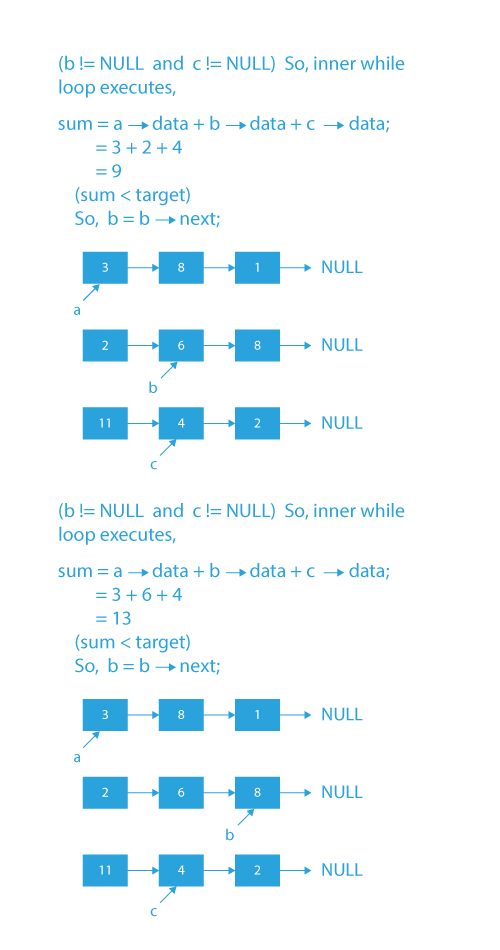 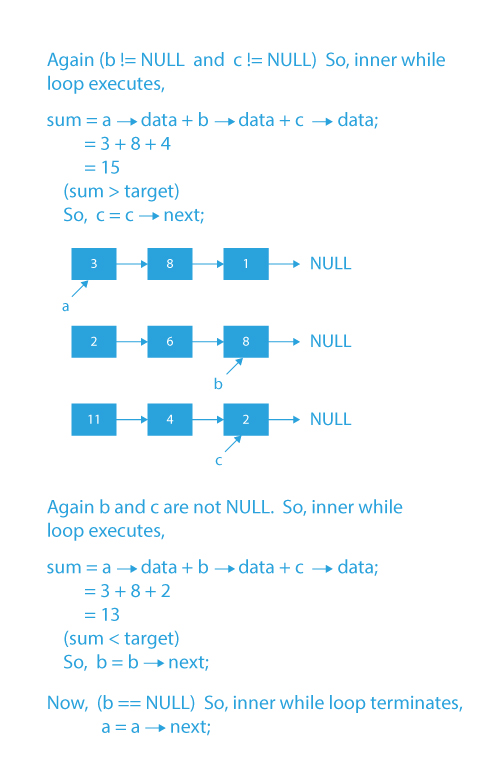 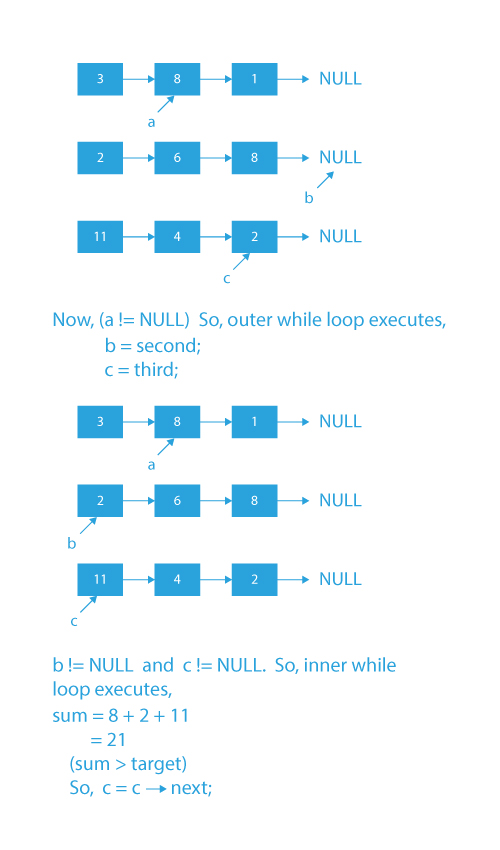 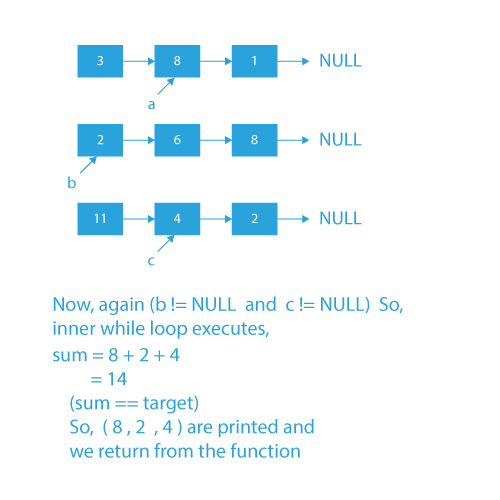 Time Complexity: O(n^2) ,n is the number of nodes in the list.

So, in this blog, we have tried to explain how you can Find a triplet from three linked lists with a sum equal to a given number most optimally. If you want to solve more questions on Linked List, which are curated by our expert mentors at PrepBytes, you can follow this link Linked List.