In this problem, we have been given a linked list and a positive integer k. Our task is to find the last node whose n%k==0, where n denotes the position of this last node in the linked list.

Let’s try to understand the problem with the help of examples by referring online programming courses.

Note: Here in this problem, we are considering 1 based indexing.

Now I think from the above examples the problem is clear, and now we have to think about how we can approach it.

The algorithm for the approach is explained below. 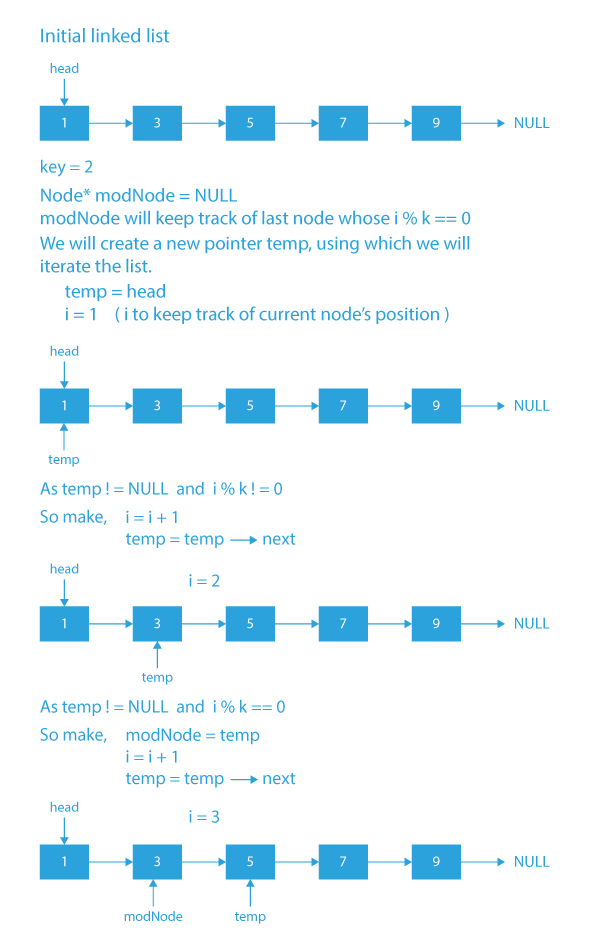 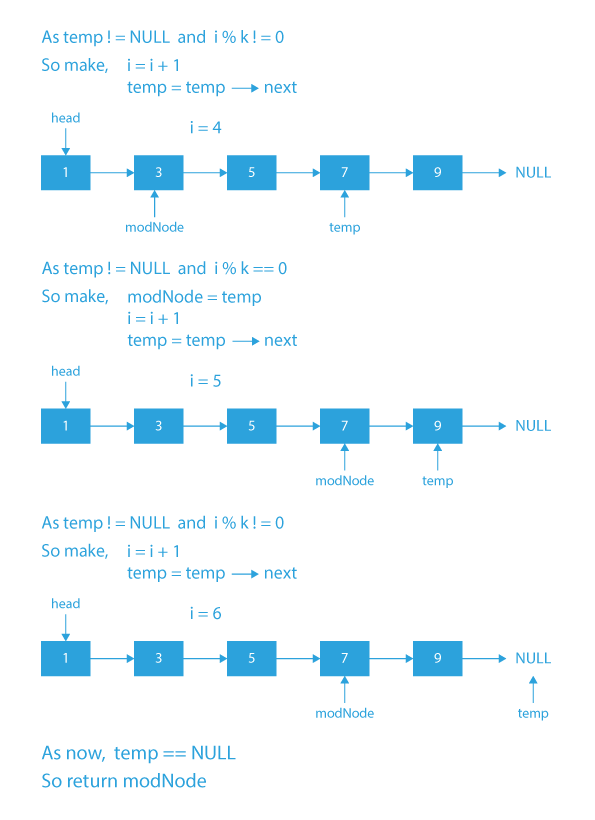 Time Complexity: O(n), as we are traversing the complete length of the list

So, in this article, you have learnt how to get the value of the modular node in the Linked List. If you want to solve more questions on Linked List, which are curated by our expert mentors at PrepBytes, you can follow this link Linked List.