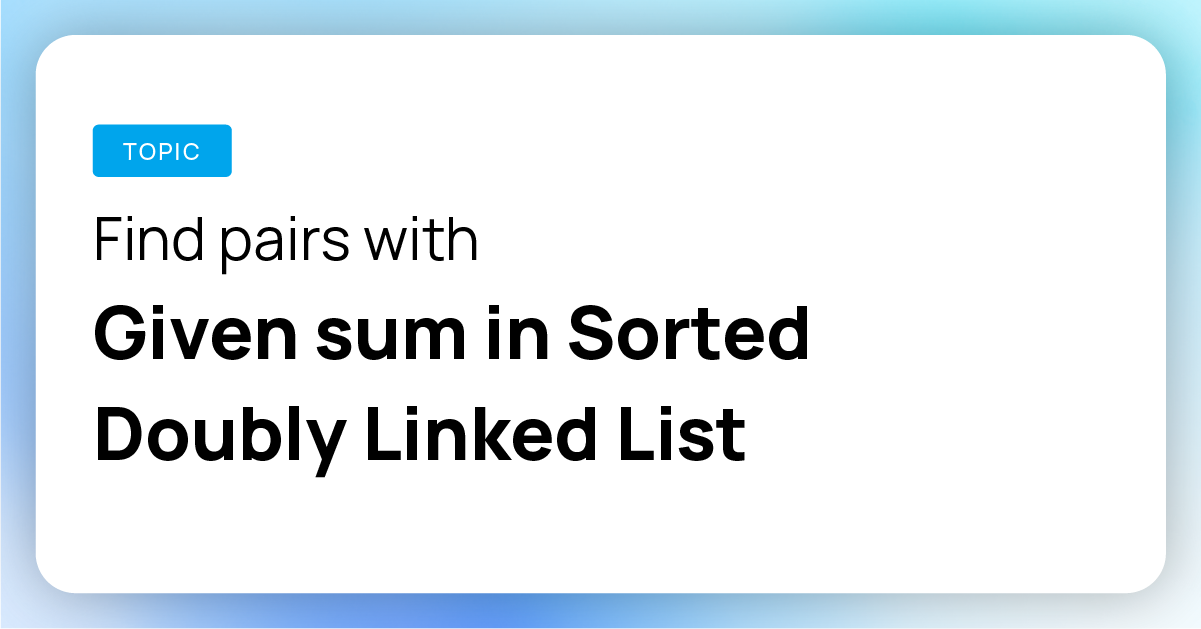 In this problem, we are given a sorted Doubly Linked List of distinct integers and we are asked to find the pair of nodes whose sum is equal to the given sum.

In this problem, we need to find the pair of nodes from the Linked list whose sum is equal to the given sum, which means we need to find pairs of such nodes whose addition gives the required sum.

Let’s first understand the problem statement with the help of examples.

Now I think from the above examples, the problem statement is clear. So let's see how we will approach it. Any Ideas?

Let’s move to the next section.

The brute force approach for this problem can be to pick each node one by one and find another element whose sum is equal to the required sum by using two loops.

This approach has time complexity of O(n2), which means that for linked list of bigger size greater than or equal to 104, it will not be ideal to use this approach. So what should we do? Should we try to come up with an algorithm that can do our job in lesser time complexity?

So let's see how we reduce the time complexity.

In order to find a pair with a given sum in a sorted Doubly Linked List, we can use the two-pointer algorithm by keeping one pointer(start) at the head and another(end) at the end of the list as we can traverse both ways. After keeping the pointers at the desired location, we will compare the sum of pairs with the given sum. There can be three conditions possible :

Let's see the algorithm for the above approach. 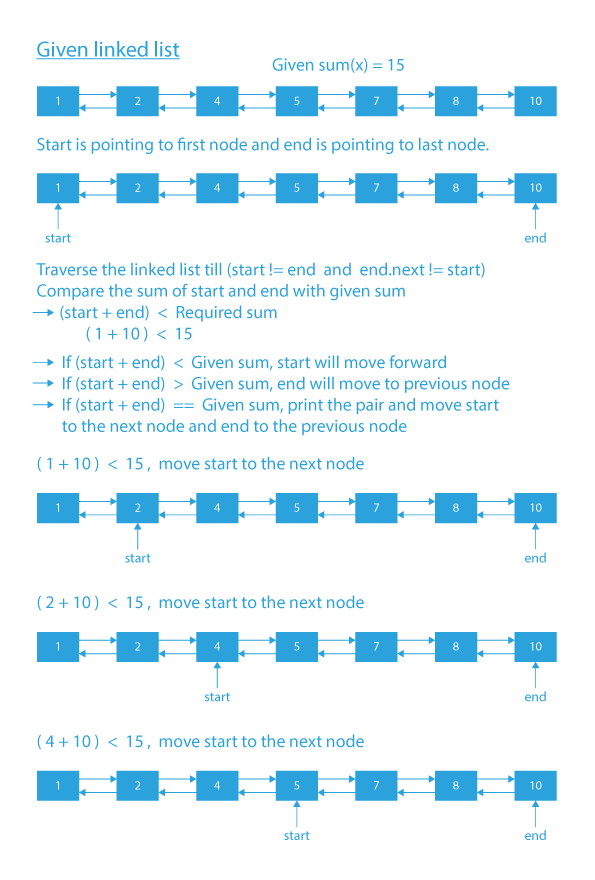 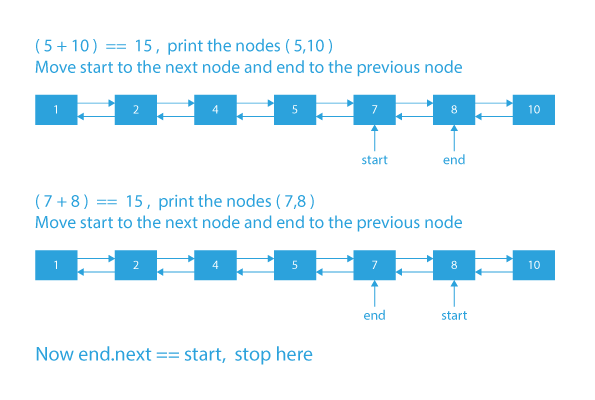 Time Complexity: O(n), where n is the number of nodes. We are traversing the list and traversing takes O(n) time.
[forminator_quiz id="4881"]

So, in this blog, we have tried to explain how you can find pairs with the given sum in a doubly linked list. If you want to solve more questions on Linked List, which are curated by our expert mentors at PrepBytes, you can follow this link Linked List.