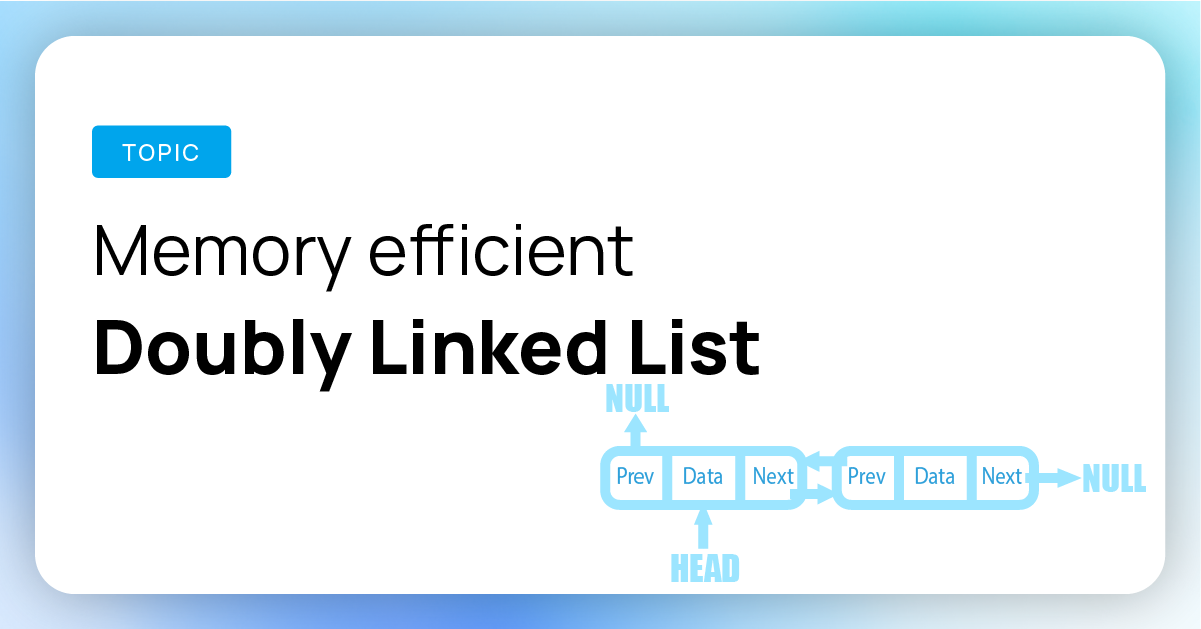 The memory-efficient linked list is called a XOR list. We use the concept of XOR in this implementation.

The approach is going to use the bitwise XOR operation. Using it, we can create an XOR list that requires only one field for addressing. Let us see with an example. 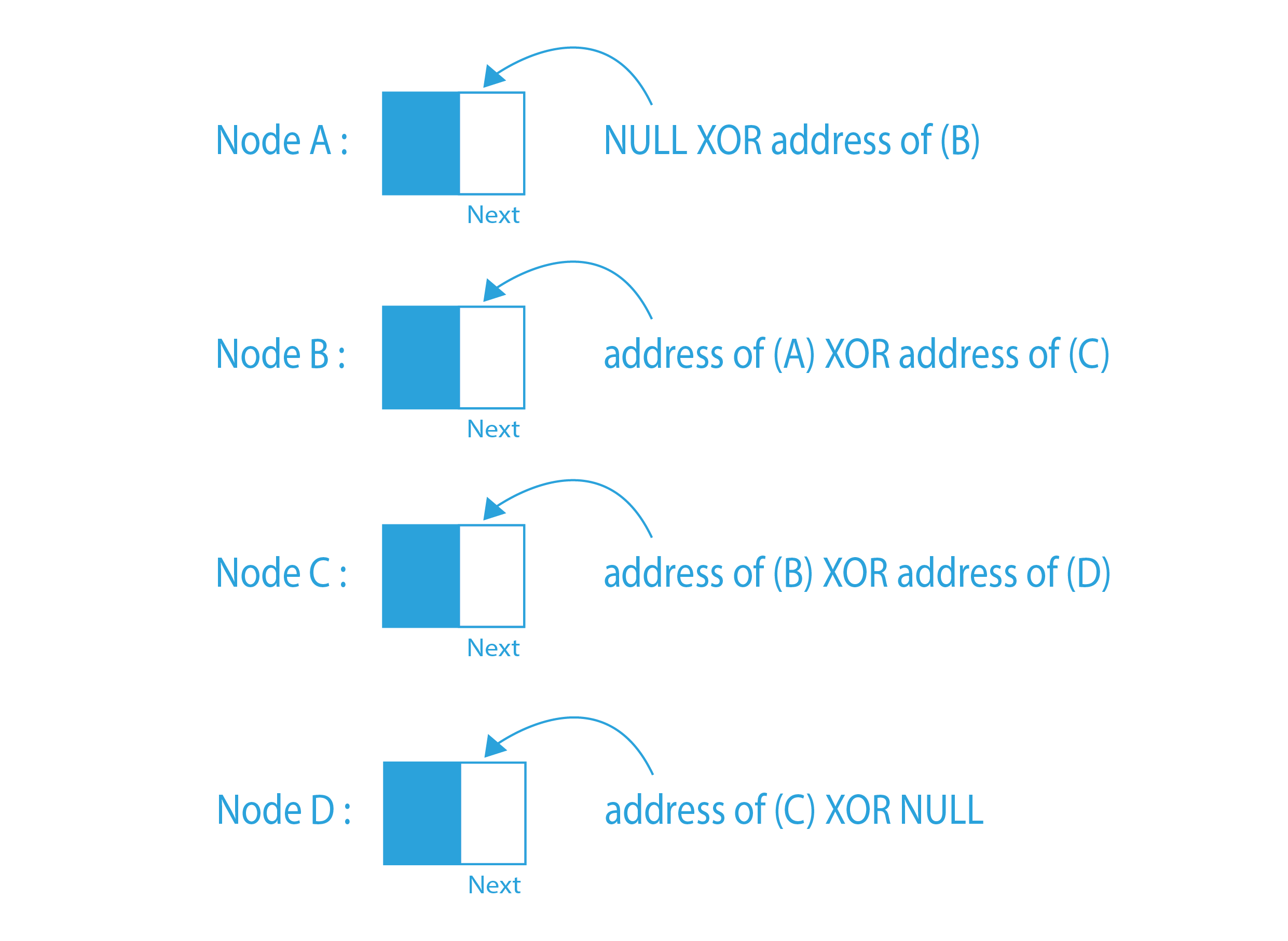 Using this, we can traverse the list both in the forward and backward direction without using an extra previous pointer.

We are going to understand how the Insert at the beginning and PrintList functions work.

Insert at beginning – O(1), as no traversal is performed.

PrintList – O(N) since we are traversing the list once.

So, in this article, we have tried to explain the implementation of an efficient memory efficient doubly linked list. This implementation saves us from the hassle of storing the previous pointer every time. The efficiency of this implementation is what makes this question an important one for coding interviews. If you want to solve more questions on Linked List, which is curated by our expert mentors at PrepBytes, you can follow this link Linked List.

2. How is the linked list implemented in memory?
LinkedList, unlike Arrays, is not stored in a contiguous memory location. Each element in the list is distributed across memory and is linked by pointers in the Node. As a result, separate memory space is allocated large enough to store both the key and the pointer to the next element whenever a new element is added.

3. What is the use of a doubly linked list?
It is used in navigation systems where both forward and backward navigation is required. The browser uses a back and forward button to implement backward and forward navigation of visited web pages. It is also used to represent a traditional card game deck.