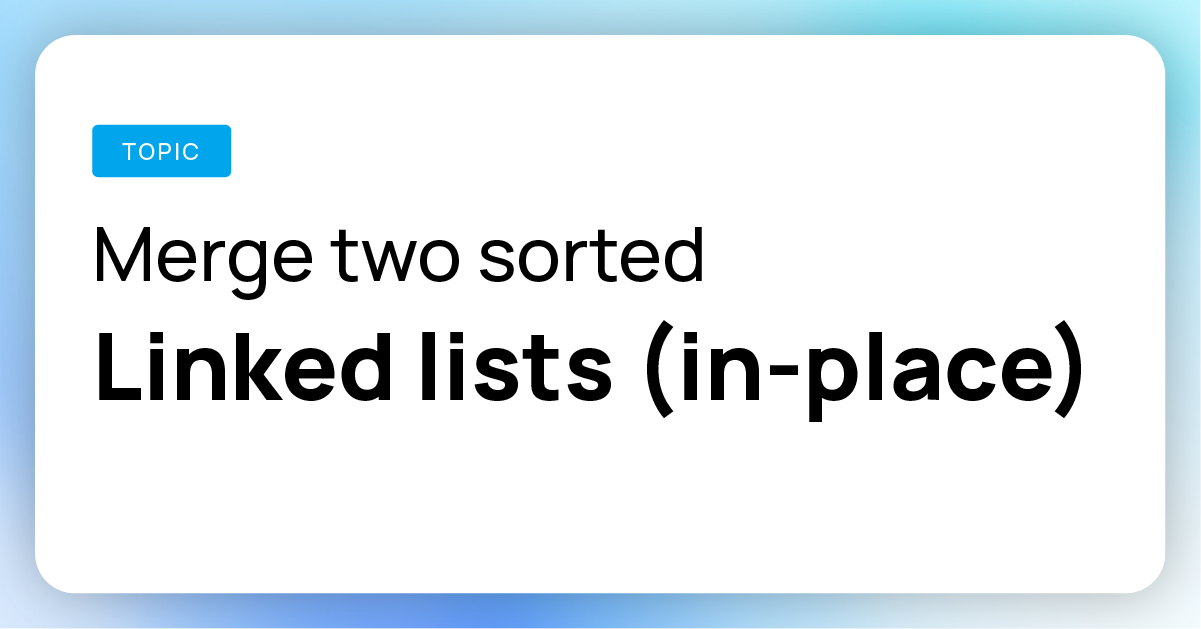 In this problem, we will be given two sorted linked lists. We need to merge both lists such that the newly created list is also in sorted order.

The problem statement is quite straightforward, we will get two linked lists that are sorted in nature, and then we need to form a linked list using all the nodes of both linked lists such that the newly formed list is sorted in order.

Note: Remember that we cannot use any extra space, as we need to do this in place.

Let the two sorted lists given to us be

At this point, we have understood the problem statement. Now we will try to formulate an approach to merge two sorted linked lists.

If stuck, no problem, we will thoroughly see how we can approach this problem in the next section.

Following all the above steps, we will have our merged sorted list containing nodes of all the given linked lists in sorted order.

1) The recursive function will have two parameters, i.e., head1 and head2, denoting the current head node of the first and second list, respectively.
2) Base case:

The above approach works fine, but can we make our code more efficient in memory?

Applying the above observations, we can easily create the new sorted linked list.

Taking help from the observation explained above, let us understand the approach to merge two sorted linked lists with the help of an example.

Now, let’s formulate an algorithm based on the approach discussed above and handle the edge cases that might be present while implementing the code. 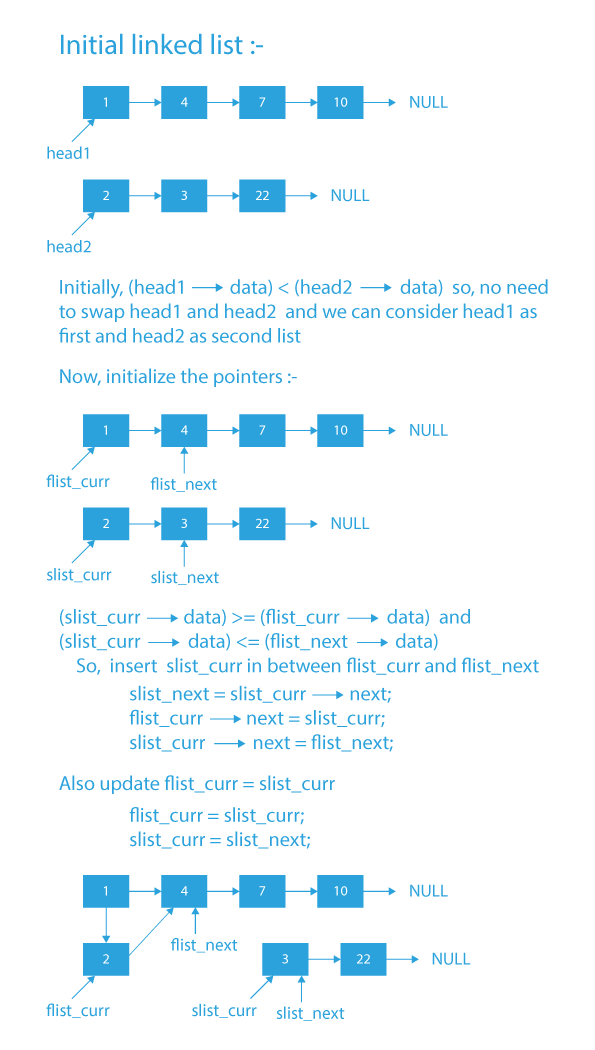 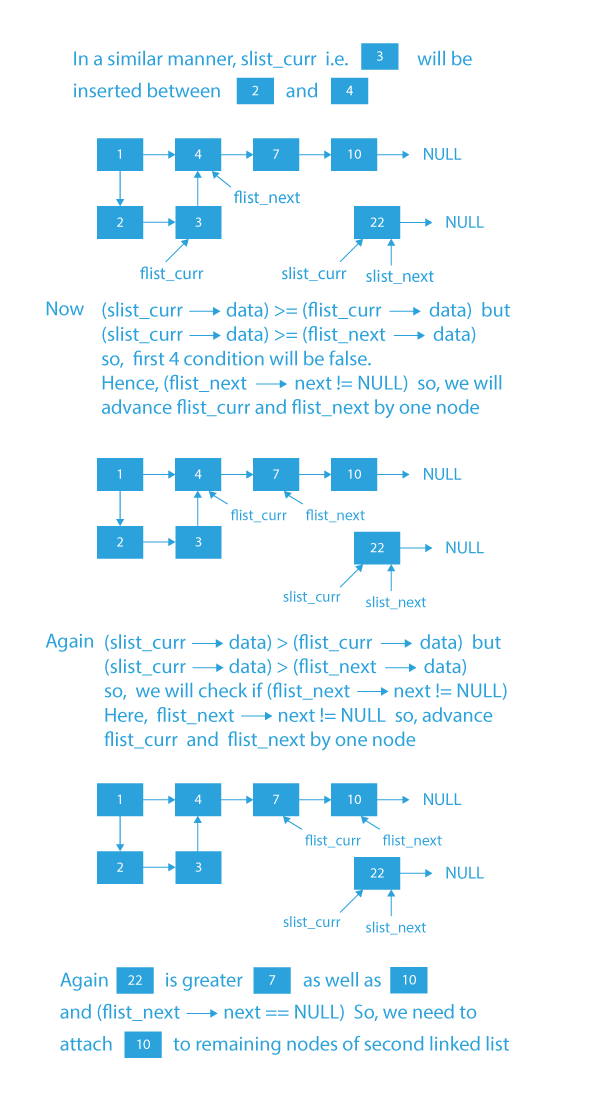 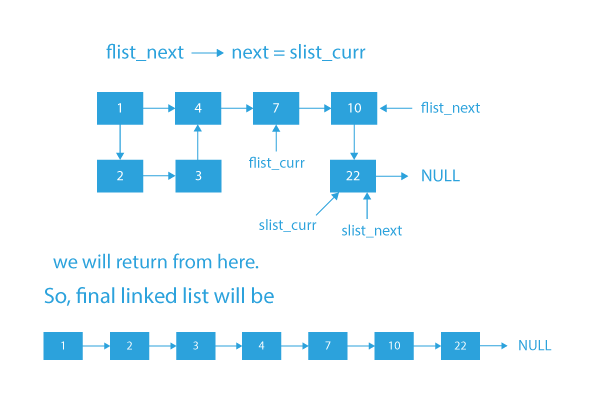 **Time Complexity:** O(n), where n is the number of nodes in the list.

So, in this blog, we have tried to explain how to merge two sorted linked lists. We have explained various approaches with picturised dry runs and code implementation in various languages as well and also explained the optimization of space complexity. To brush up your skills on Linked List, which is you can follow this link Linked Listwhich is curated by our expert mentors at PrepBytes.

**1. How many comparisons would be required to merge two sorted lists?**
To merge two lists of sizes m and n, we need to do m+n-1 comparisons in the worst case.

**2. Why is merge sort important?**
With merge sort, we can efficiently sort a list in O(n*log(n)) time complexity.

**3. What type of approach is used in merge sort ?**
Merge sort is a sorting technique based on the divide and conquer technique. Having worst-case time complexity being Ο(n* log(n)), it is one of the most respected algorithm.