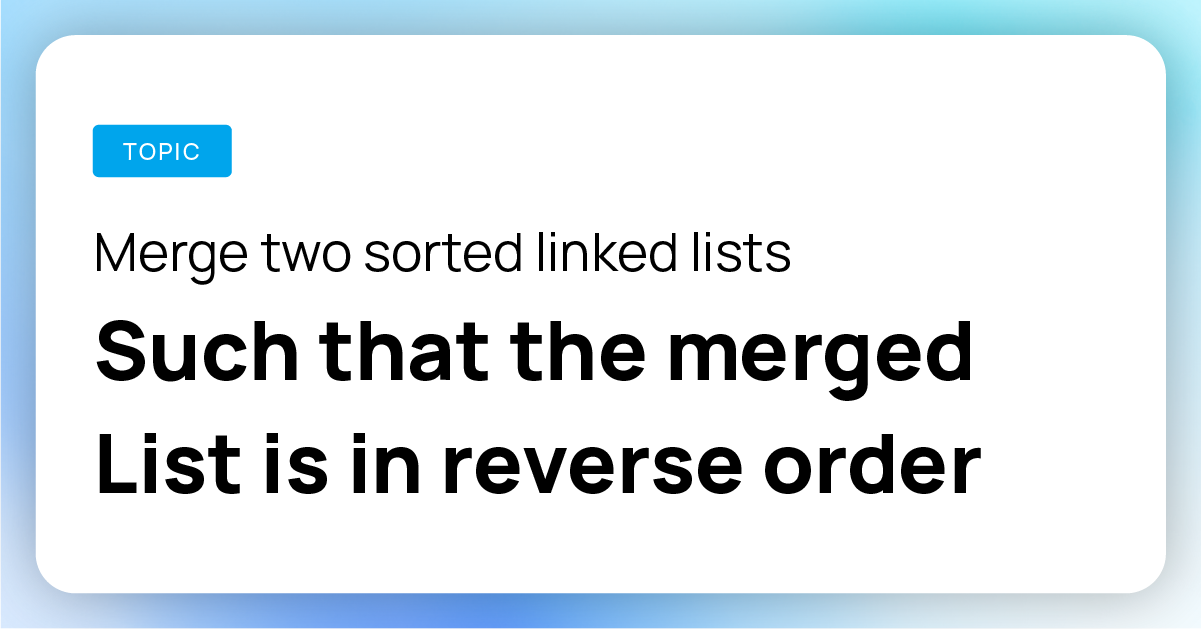 In this problem, we are given two sorted linked lists, and we are asked to merge the two lists in such a way that the new merged list is in reverse order.

Well, the most naive idea is:

Another similar approach is first to merge both the list and then finally reverse the merged list.

Both of the above approaches will work fine, but can we do this with some in-place algorithm and only one traversal using O(1) extra space?

This approach is based on a merge style process.

The following algorithm will explain the approach in detail. 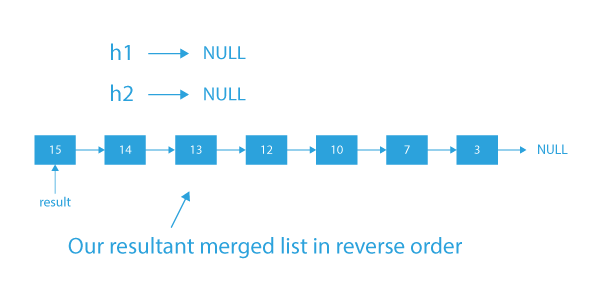 This blog tried to discuss how you can merge two sorted linked lists such that the merge list is in the reversed order with no extra space and linear time complexity. This is a basic problem and is good for strengthening your concepts in LinkedList and if you want to practice more such problems, you can checkout Prepbytes (Linked List).