In this problem, we will be given two sorted linked lists. We need to merge both lists such that the newly created list is also in sorted order.

The problem statement is quite straightforward, we will be given two linked lists that are sorted in nature, and then we need to form a linked list using all the nodes of both linked lists such that the newly formed list is sorted in order.

Let's try to understand the problem with the help of examples.

The above approach works fine, but can we make our code more efficient in terms of memory.

Let’s jump to the next approach.

The above approach uses constant space, but it will iterate on both lists two times in the worst case.

Can we do even better? 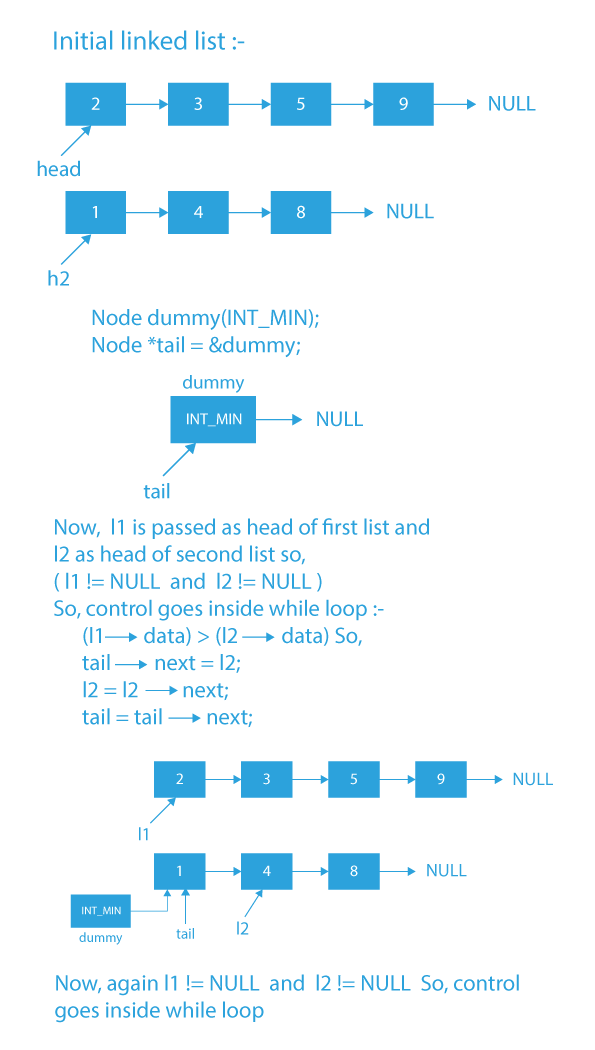 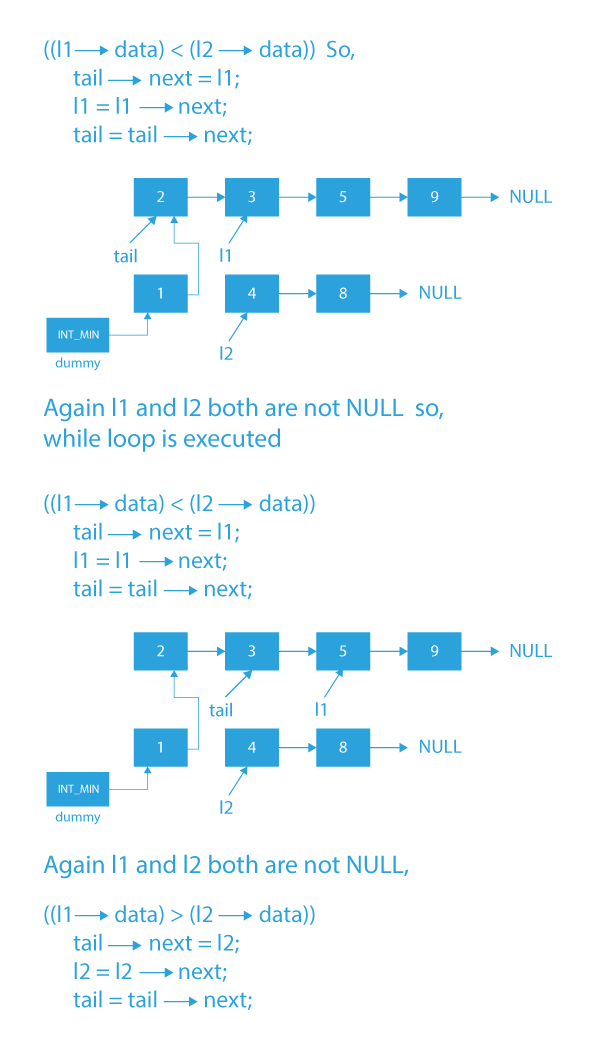 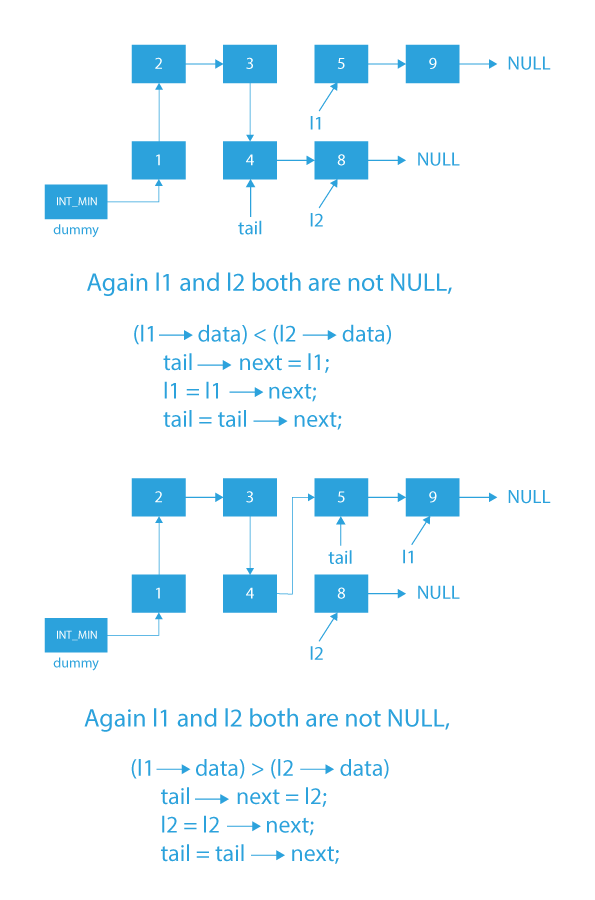 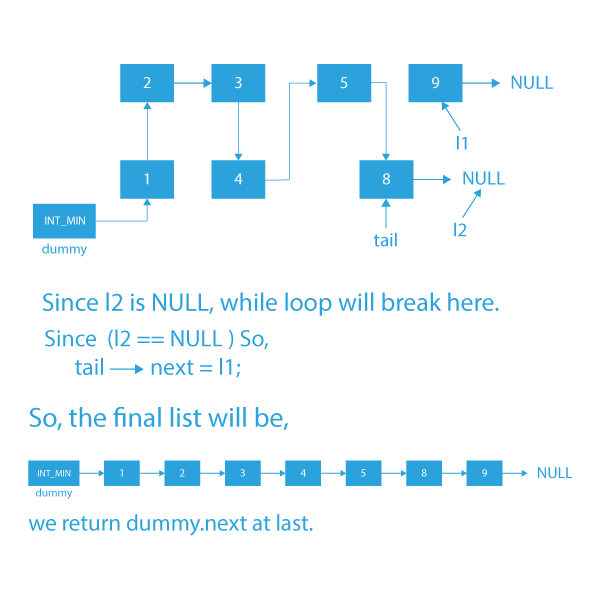 Time Complexity: O(n), where n is the total number of nodes in both the lists.

So, in this blog, we have tried to explain how you can merge two sorted linked lists in the most optimal way. This is a basic problem and is good for strengthening your concepts in LinkedList and if you want to practice more such problems, you can checkout Prepbytes (Linked List).