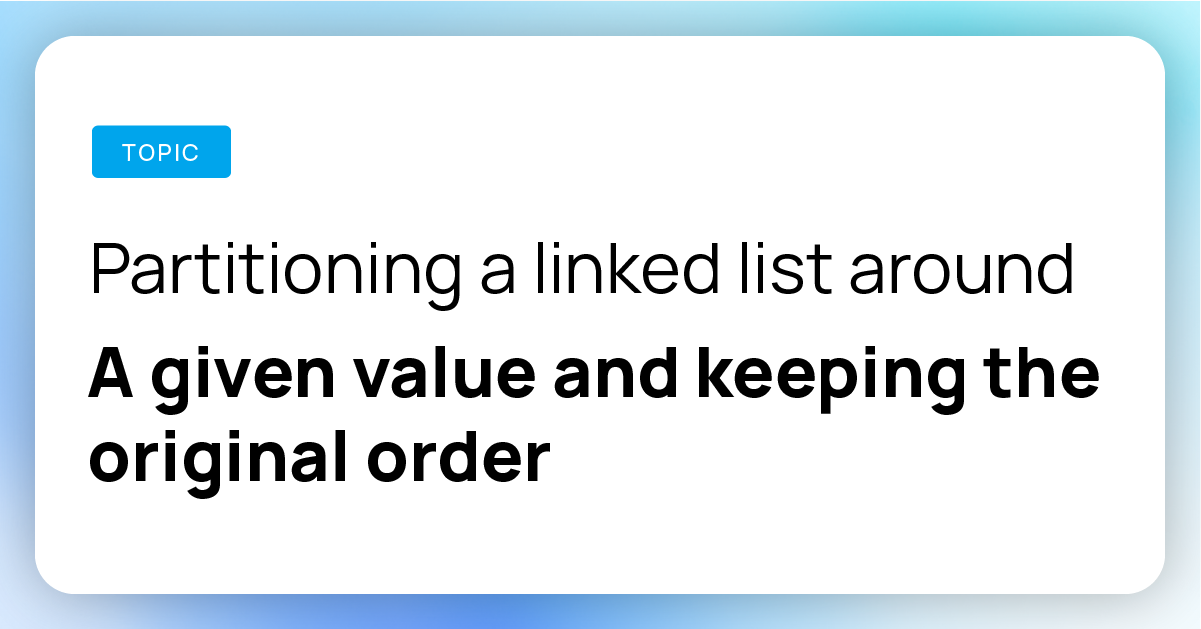 The linked list is one of the most important concepts and data structures to learn while preparing for interviews. Proper understanding of concepts based on Linked Lists can give you an edge in a coding interview.

In this problem, given a linked list and a value X, we are required to partition it such that all nodes less than X come before nodes greater than or equal to x.

Note: You should maintain the original relative order of the nodes in each of the two partitions.

Let’s understand the problem statement with help of examples.

It means that we have to move all nodes smaller than 3 before the nodes having values greater than or equal to 3. Also, while partitioning the linked list around value 3, the original relative order of the nodes in each of the two partitions should be maintained.

Now I think from the above example the problem is clear, we will have to now think of how we can approach this problem.

Then, after diving the original linked list, we'll use pointers to stitch them back together after the division such that all the nodes having smaller value than X comes before nodes having greater value of equal to X.

The algorithm in brief:

We will traverse the original linked list as normal, and we will select in which linked list a node should belong to based on its value.

A few buffers will be required to maintain track of the partitioned lists.

The problem has been solved only by adjusting the links. Time Complexity: O(N) – we are traversing through the original linked list and only creating 2 linked lists out of it.

In this article, we have tried to solve the problem of partitioning a linked list around a given value while maintaining the original order. This problem is interesting as well as important from the interview’s point of view. If you want to solve more questions on Linked List, which are curated by our expert mentors at PrepBytes, you can follow this link Linked List.