Given a singly linked list. Write a function to print it in reverse order. The only restriction is that you can’t reverse the original linked list.

Let us understand this problem with an example:
Let’s say we have the given linked list as,

According to the problem we need to print it in reverse order. Reverse order means we have to print the values of nodes from right to left.

We need to do this without reversing the given linked list.

Hope that you have understood the problem. Now try to come up with an approach.

If we were allowed to reverse the linked list, then it would be simple. But here we aren’t allowed to do so. So, try to think how we should approach this problem?

Let’s see how a stack works.

It follows the LIFO(last in first out) principle. This means the element inserted most recently will come out first. And similarly, if we extract elements from the stack, we will get them in the reverse order of insertion. This is exactly what we need.

So, due to its LIFO property, a stack is able to store elements in reverse order of their insertion and hence can be used to solve our problem.

Where N is the number of nodes in the linked list.

The above algorithm does the work, but it requires extra space. So, can we think of some way to avoid using extra space?

If we traverse a linked list using recursion, we have a choice if we want to print the node before traversing the rest of the nodes or after doing so. So, if we print a node after traversing the remaining nodes, we would achieve our task of printing the linked list in reverse order.

We will have our linked list printed in reverse order. 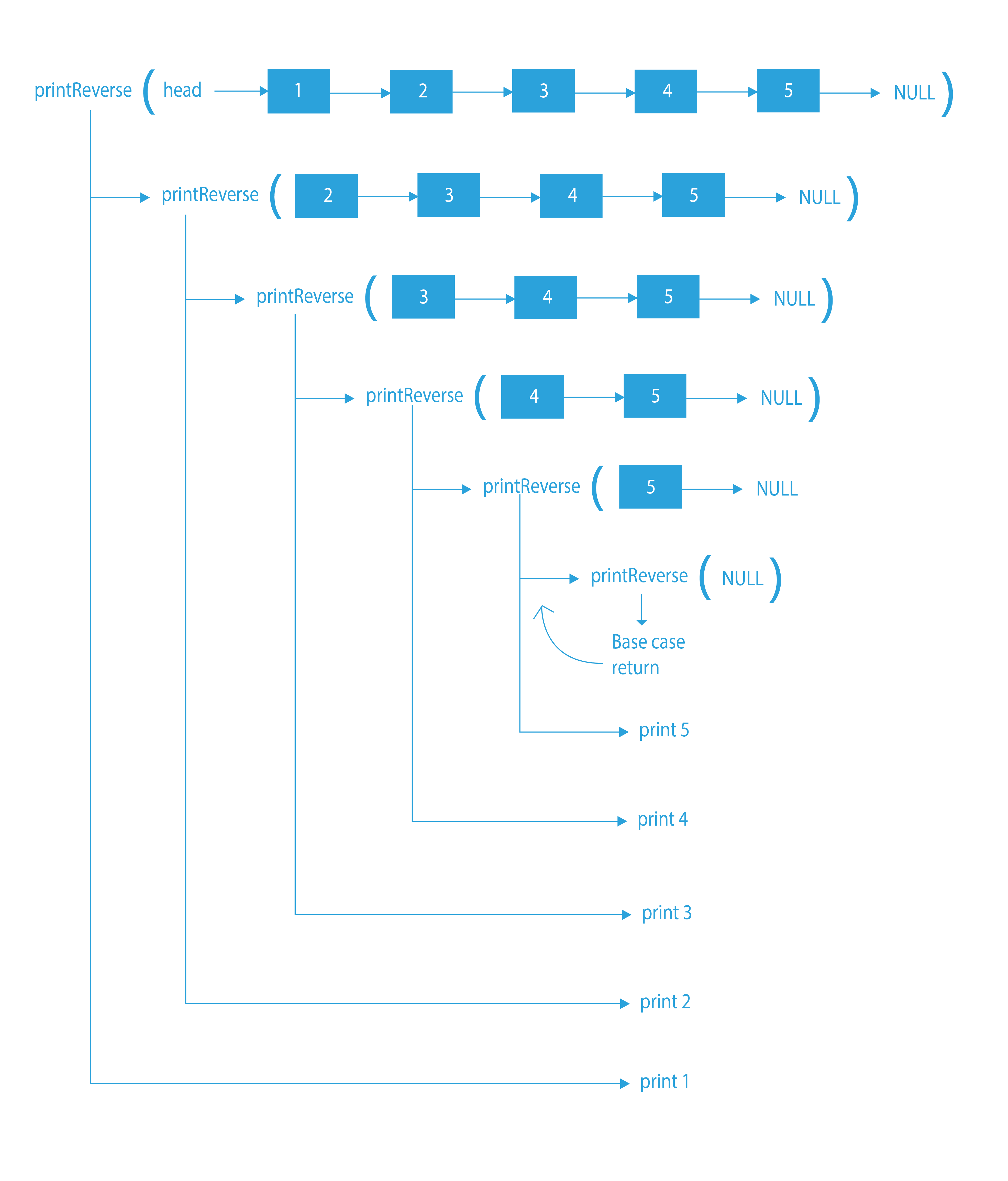 
Space complexity: O(n), due to the recursive function call stack.

Through this article, we discussed two approaches to print the reverse of a linked list without actually reversing it. Problems like these are good for strengthening your concepts in LinkedList. I would highly recommend you to practice more such problems from Linked Lists.