In this problem, we are given a sorted LinkedList and are asked to remove the duplicate elements present in the list.

Let's try to understand the problem with the help of some examples.

Now, I think from the above examples, the problem statement is clear. So let's see how we will approach it.

Our approach will be simple; we will be using hashmap:

This approach will require extra space.

Although the above approach will work fine, but it requires some extra space. Now the main question is do we necessarily need this extra space? Can we remove duplicates from the sorted linked list without consuming extra space?

Let's move to the next approach.

Our approach will be straightforward:

From the above approach, we can see that we are using constant extra space here.

Let's see another approach that solves this problem in similar time and space complexity using two pointers for the sake of learning.

The idea is very simple: 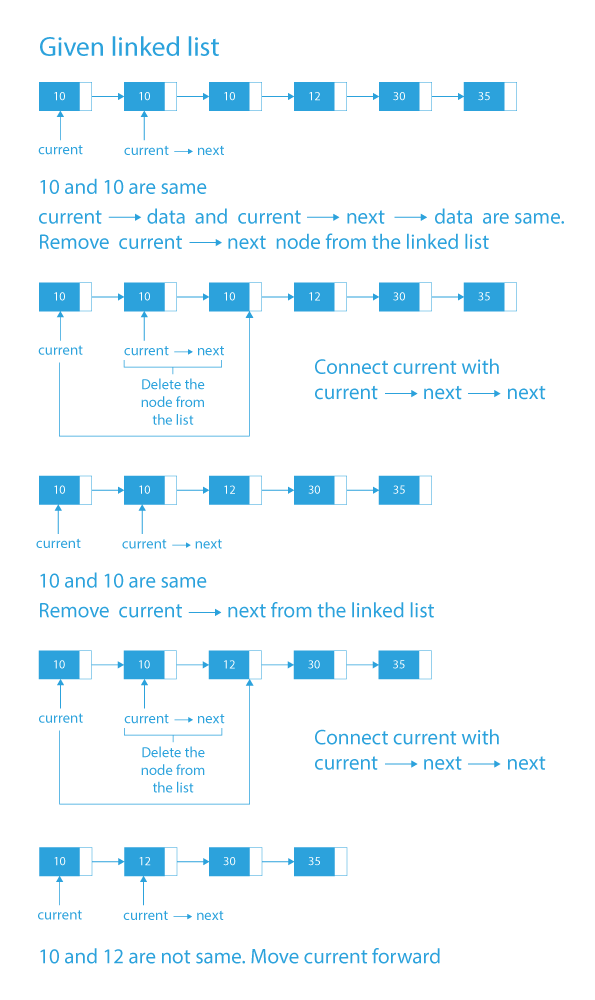 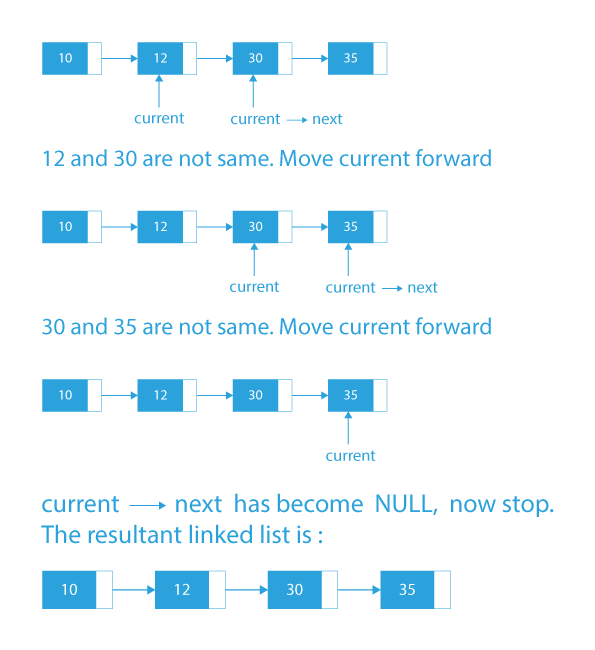 Time Complexity: O(n), single traversal of the list require O(n) time, where n is the number of nodes in the linked list.

In this blog, we have seen how to remove duplicate elements from a sorted single LinkedList in linear time and haven’t used extra space too. This is a basic problem and is good for strengthening your concepts in LinkedList and if you want to practice more such problems, you can checkout Prepbytes (Linked List).