Given a singly linked list and a value K, the task is to remove every Kth node of the linked list.

Let’s try to understand the problem statement with help of example.

We have been given a linked list, our task is to remove every Kth node from the linked list.

To understand the question thoroughly, see the given input below. In this input, the given value of K is 2. So, we have to delete every 2nd node of the linked list which are 23, 11, and 6. 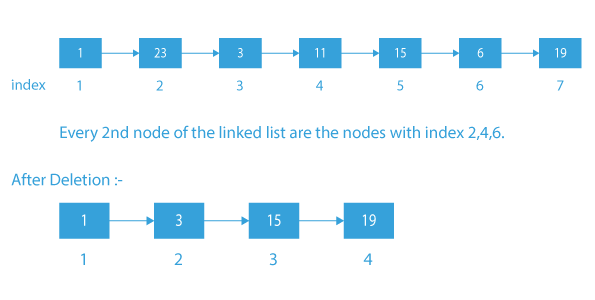 I think from the above example the problem statement is clear, so we should now think how we can approach this problem. Try to come up with a approach, it may be bruteforce but before jumping to approach section try to think how will you approach it. 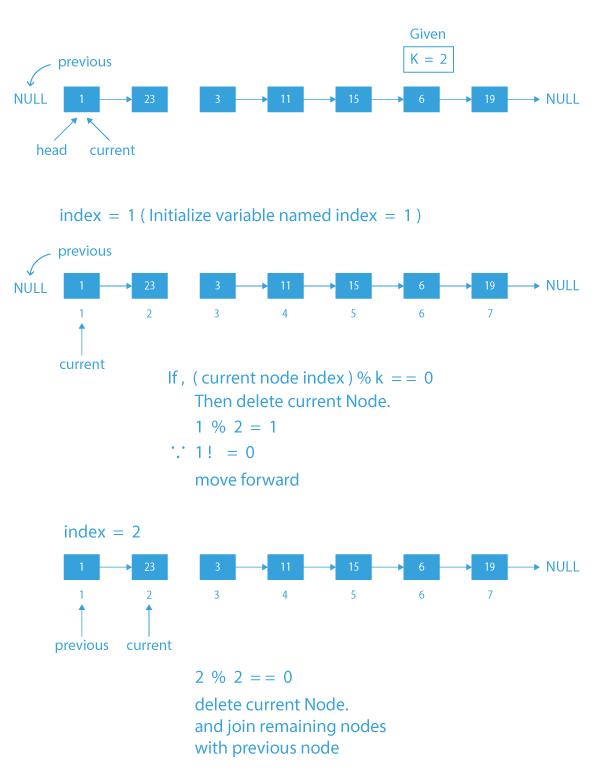 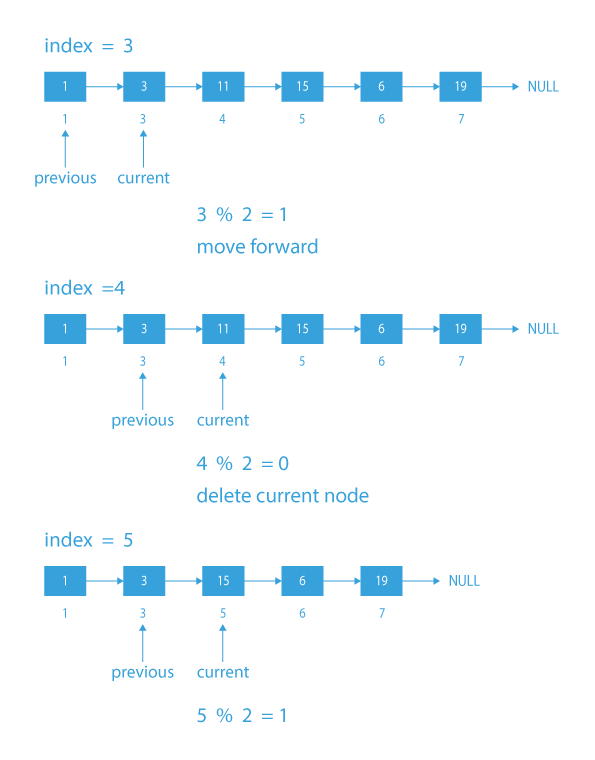 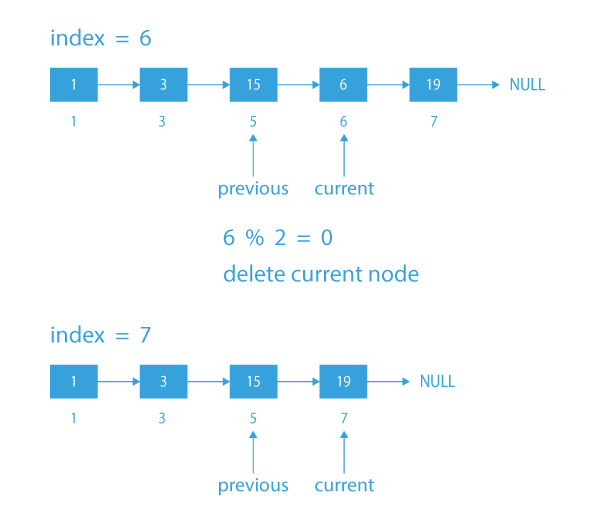 Time Complexity: O(N), because we have traversed through the linked list once.

So, In this blog, we have learned how to remove every Kth node of the linked list. If you want to solve more questions on Linked List, which are curated by our expert mentors at PrepBytes, you can follow this link Linked List.