In this problem, we are given a Doubly Linked List and an integer X. We are asked to reverse the list in groups of size X.

Note: Suppose we were asked to reverse every group of nodes of size X in a doubly linked list. If in case there remains a group of nodes at the end of the linked list which has size smaller than X, then irrespective of its size we will reverse it in similar way as we were reversing nodes of group of size X.

Our approach will be recursive: 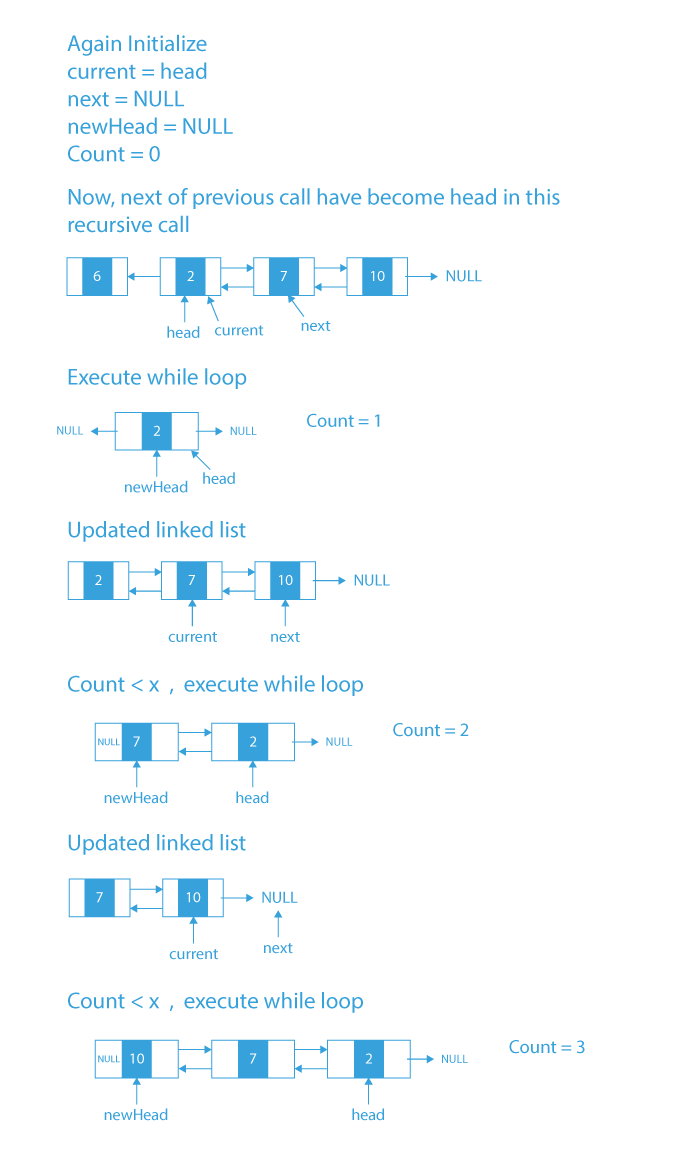 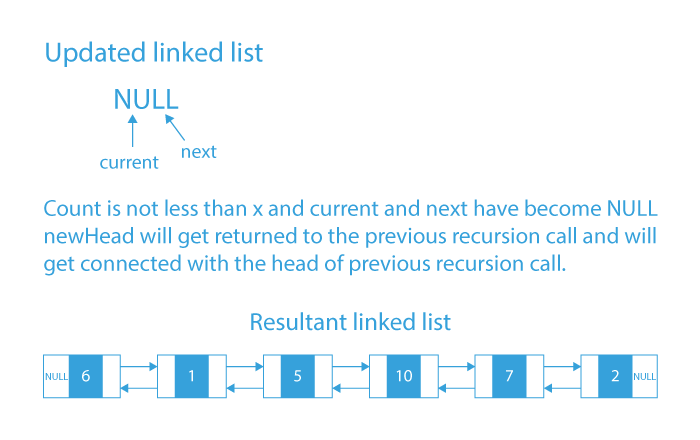 So, In this blog, we have learned how you can reverse a Doubly Linked List in groups of a given size. If you want to solve more questions on Linked List, which are curated by our expert mentors at PrepBytes, you can follow this link Linked List.