Merge sort is a divide and conquer algorithm. 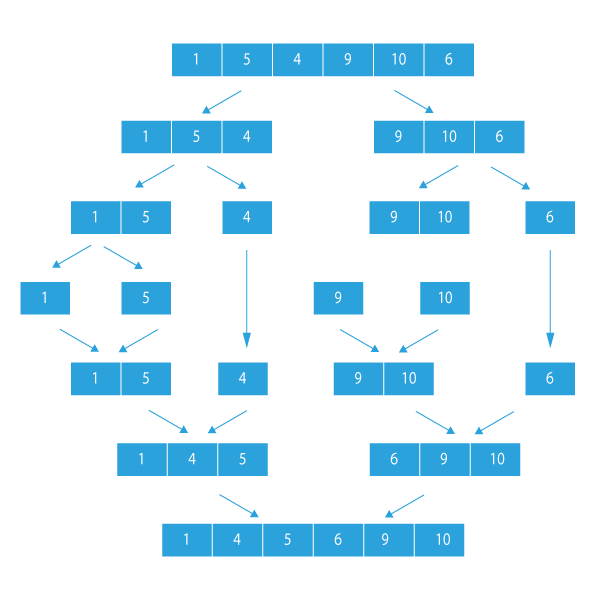 Now, we have a brief understanding of the merge sort algorithm. Let’s learn how to apply merge sort on a singly linked list.

In the case of a linked list, we will recursively divide the list into two sub-lists at each step till list size is reduced to one and while backtracking from the recursive call, we have two sorted lists, which will be merged together into a single list by merge operation in linear time.

Now we will look at the approach and algorithm, to know how to apply merge sort on a singly linked list. 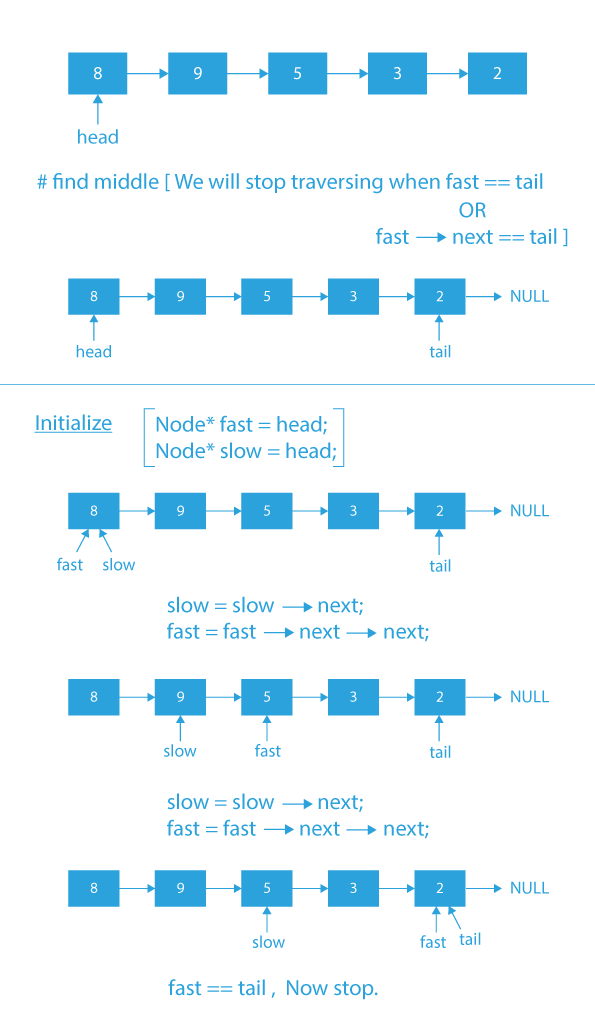 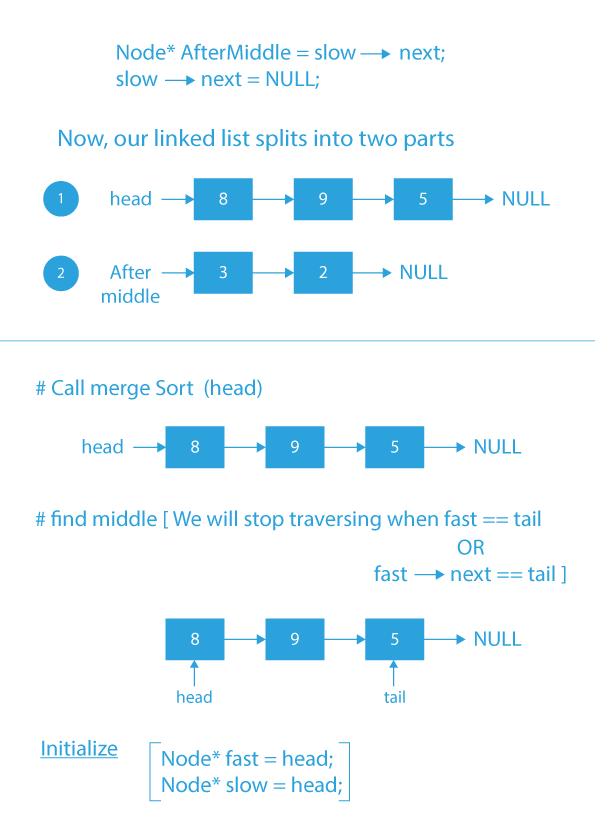 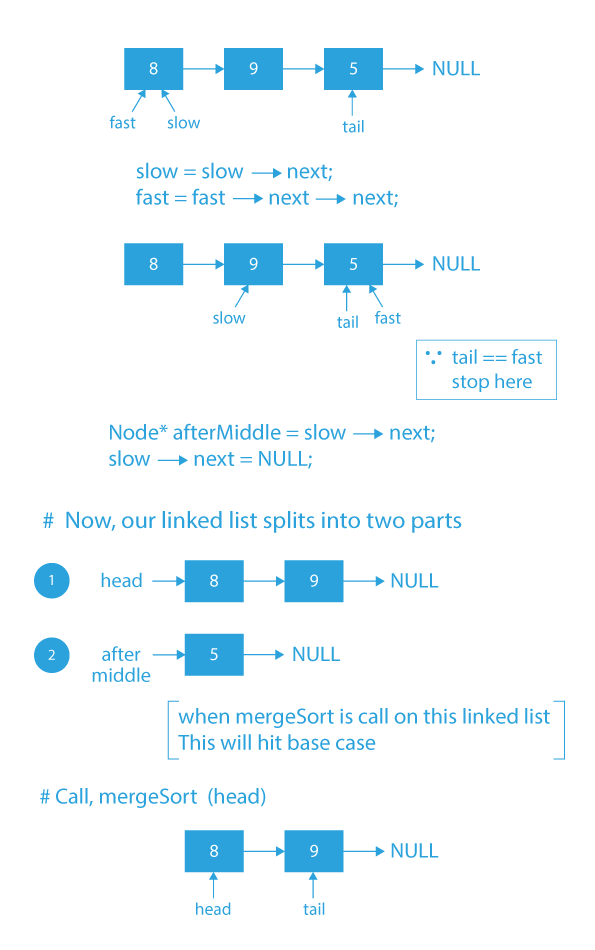 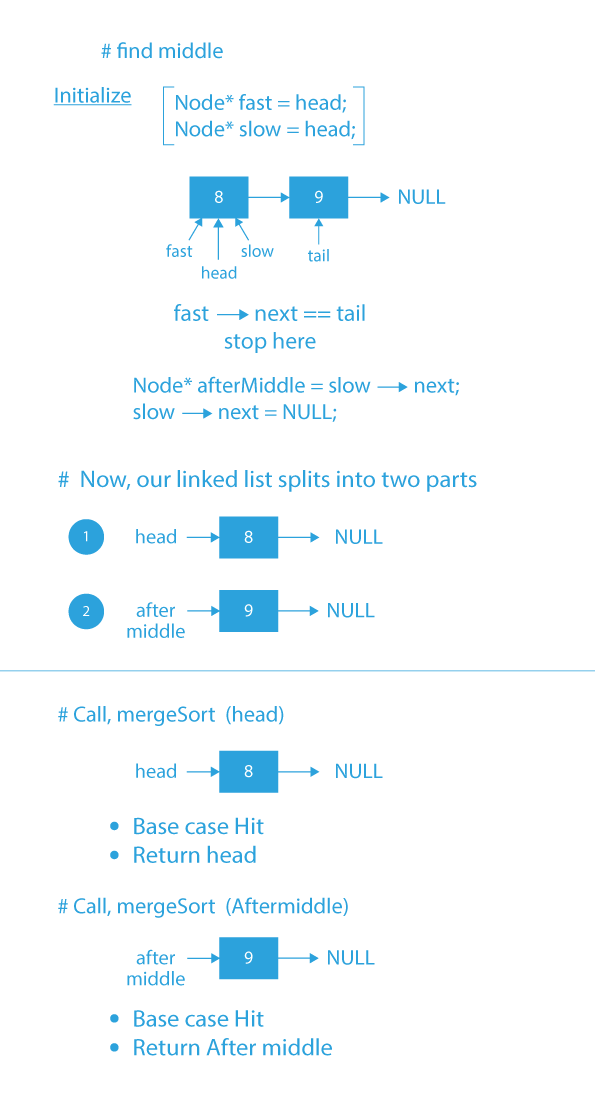 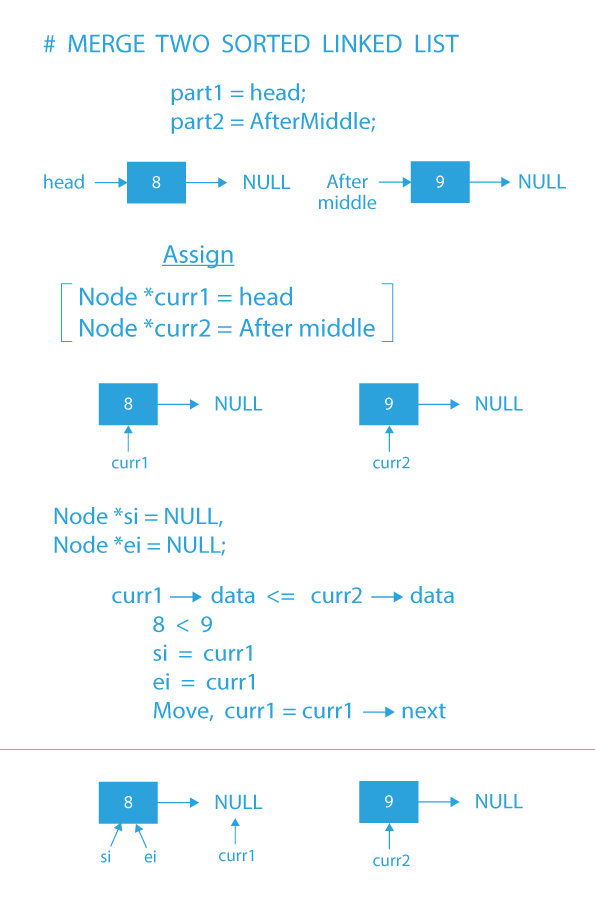 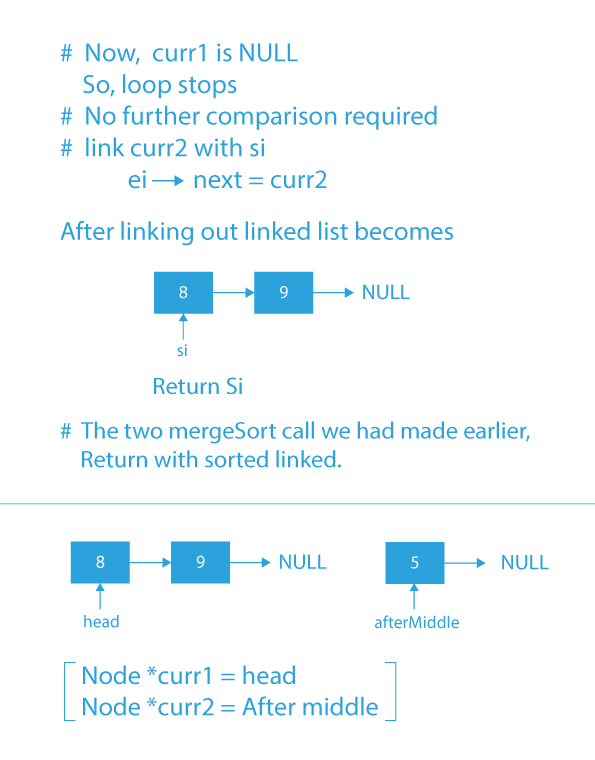 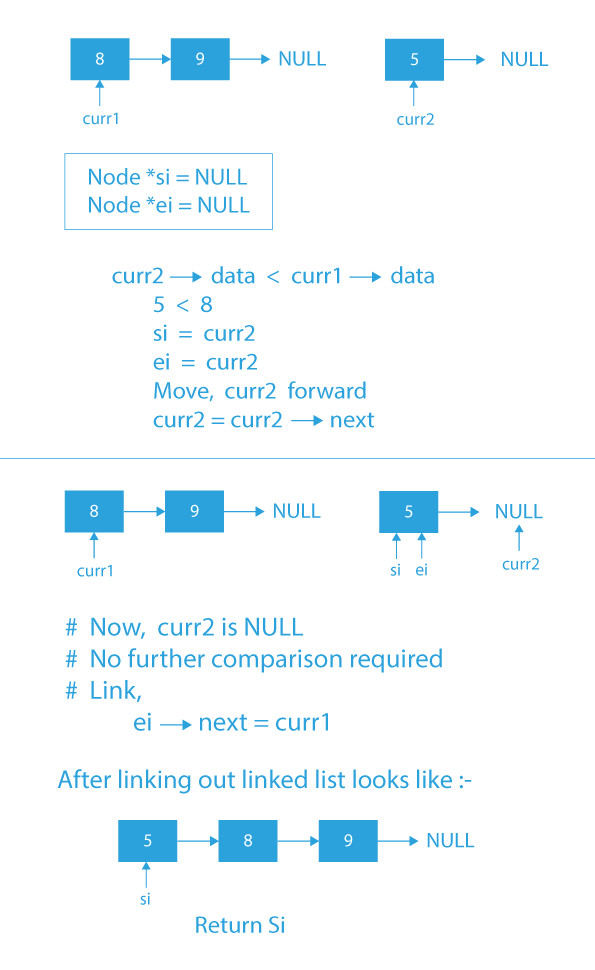 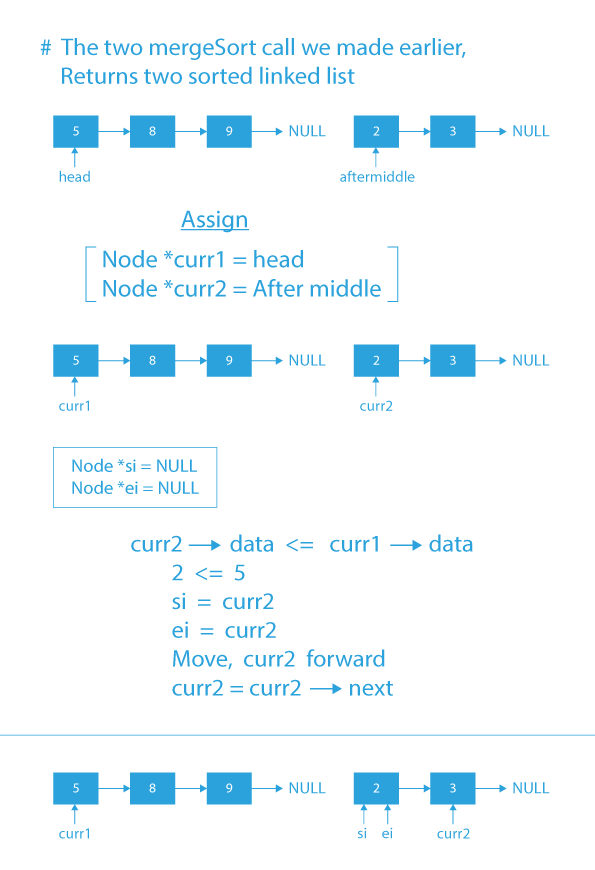 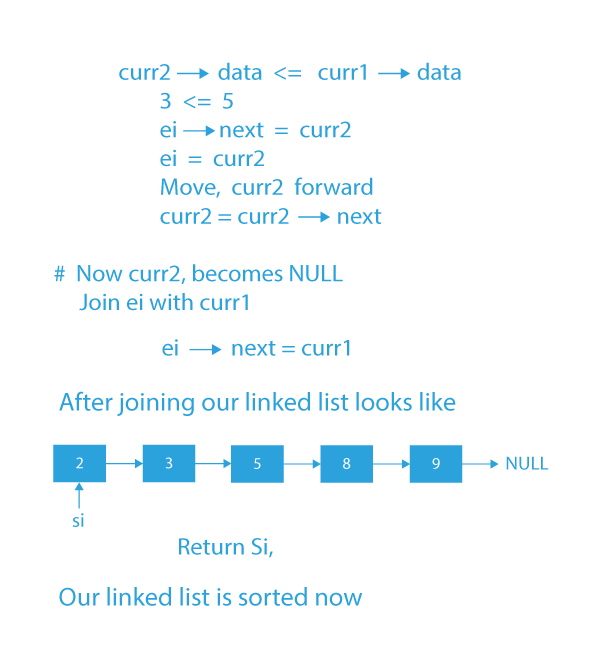 So, In this blog, we have learned How to merge sort on a Singly Linked List. This is an important question when it comes to coding interviews. If you want to practice more questions on linked lists feel free to solve them at Prepbytes (Linked Lists).