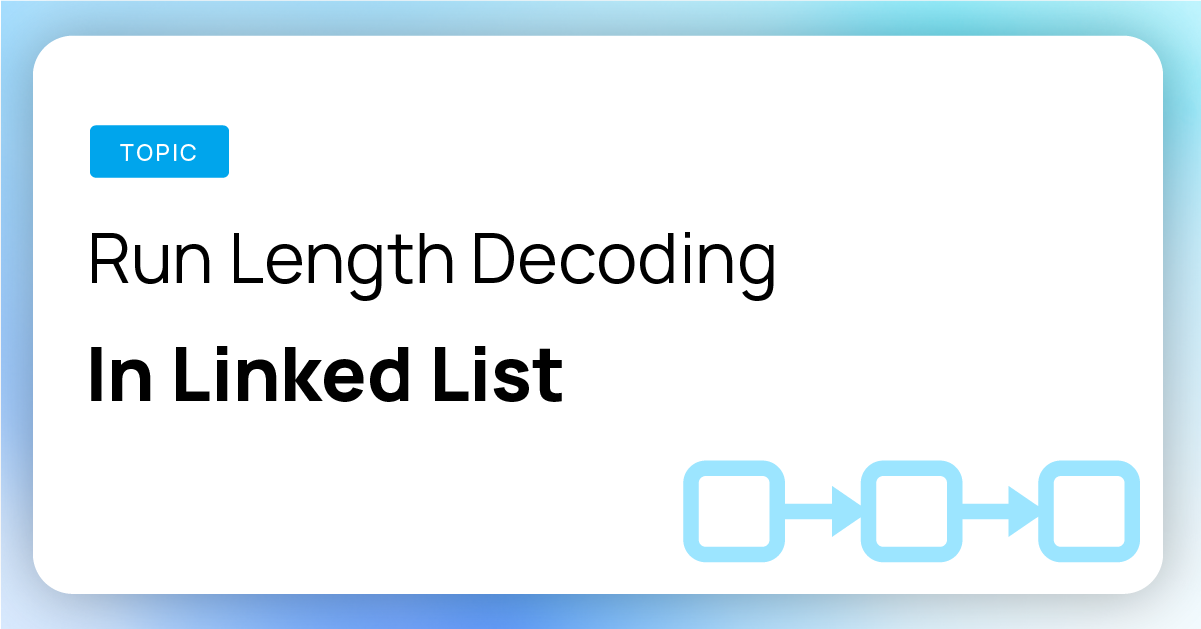 We will be provided with a Linked List in encoded form (like a4de4f2) and we need to decode the given linked list and output the decoded version in the form of string.

Giving you a brief description about run length encoding.

In Run Length Encoding, the input string is encoded by replacing a substring of a repeated character in the string by the character followed by its count. If the character is single and non-repeating, then it's count is not added.

I think from the above pattern you got it how we are encoding the input string.

Now, since you have understood what Run length encoding is, let us move to our problem statement description.

We will be provided with a Linked List in encoded form (like a4de4f2) and we need to decode the given linked list and output the decoded version in the form of a string.

Therefore, in output you need to print a string containing 4 times a, 1 time d , 4 times e and 2 times f, i.e., "aaaadeeeeff", which is our output.

We need to traverse the list, and while traversing, if after a character node there is a number, then we need to extract that number and print the respective character the number of times equal to that extracted number. 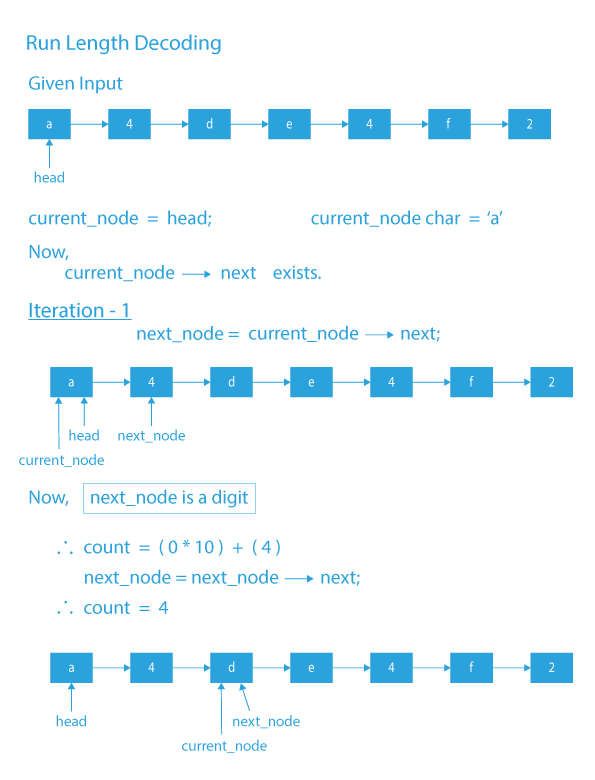 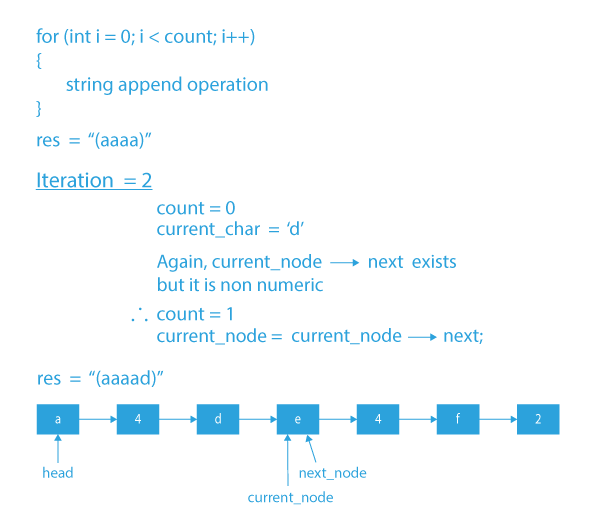 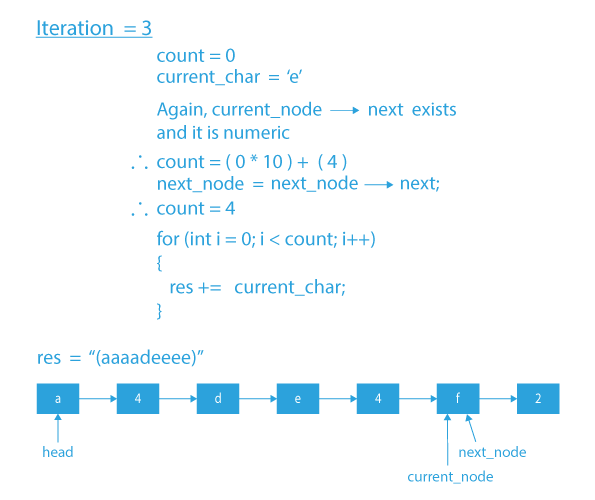 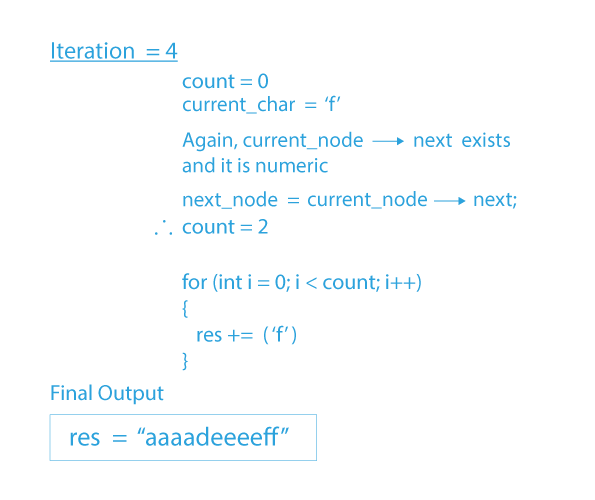 Time Complexity: O(n), where n is the number of nodes in the given LinkedList.
[forminator_quiz id="4251"]

This blog tried to discuss the problem when we are given an encoded string in the form of linkedlist and we were required to decode it. If you want to solve more questions on Linked List, which are curated by our expert mentors at PrepBytes, you can follow this link Linked List.