The linked list is one of the most important concepts and data structures to learn while preparing for interviews. Proper understanding of concepts based on Linked Lists can give you an edge in a coding interview.

In this problem, we are given a linked list containing 0s, 1s, and 2s, and we are required to sort this linked list.

So now I think from the above examples it is clear what the problem is demanding.

Let’s think how we can approach this problem.

As we can see in the problem that our linked list only contains nodes with values 0, 1, and 2, so one simple solution will be to count the number of 0's, 1's, and 2's.

But there is one problem, that this solution does not work when these values have associated data with them.

So now we will see how can we solve this problem and finally sort the list.

The above problem could be solved by changing the links: 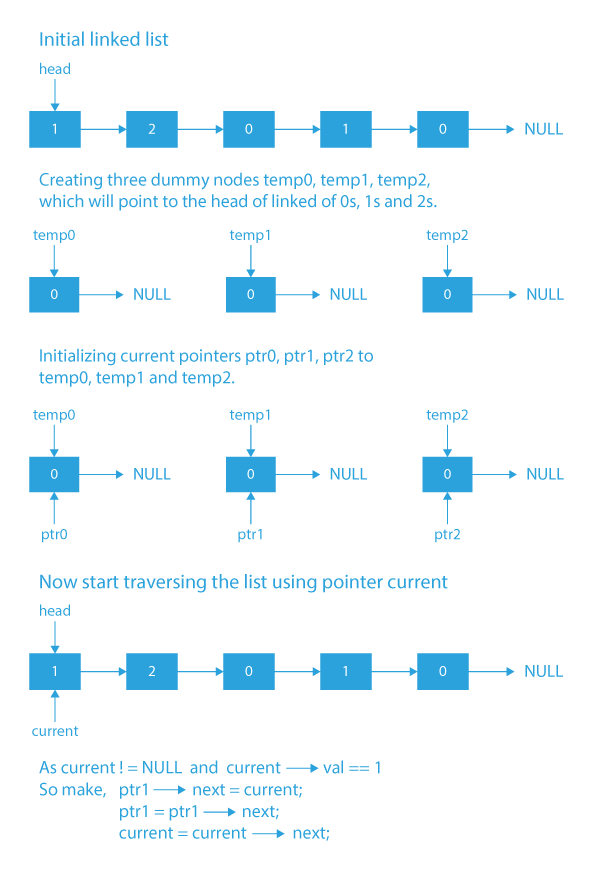 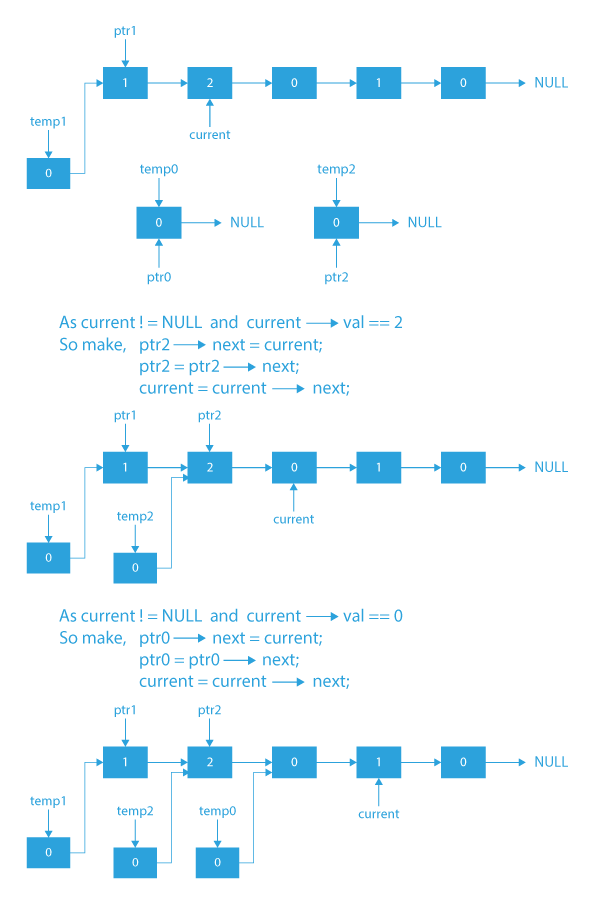 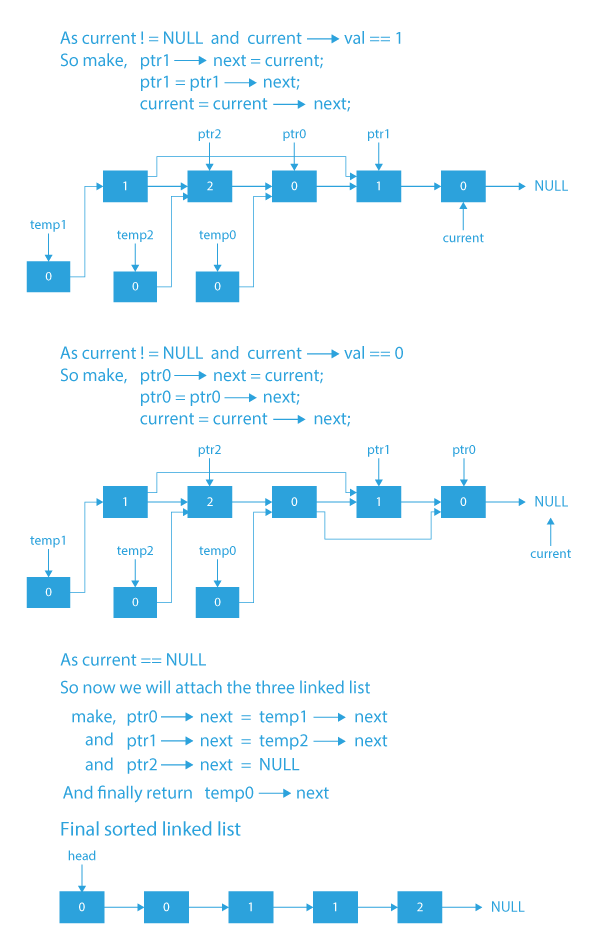 Time Complexity: O(n), where n is the number of nodes in the linked list.

In this article, we have tried to explain the most efficient algorithm for sorting a linked list of 0s, 1s, and 2s by changing links. This problem is interesting as well as important from the interview’s point of view. If you want to solve more questions on Linked List, which are curated by our expert mentors at PrepBytes, you can follow this link Linked List.