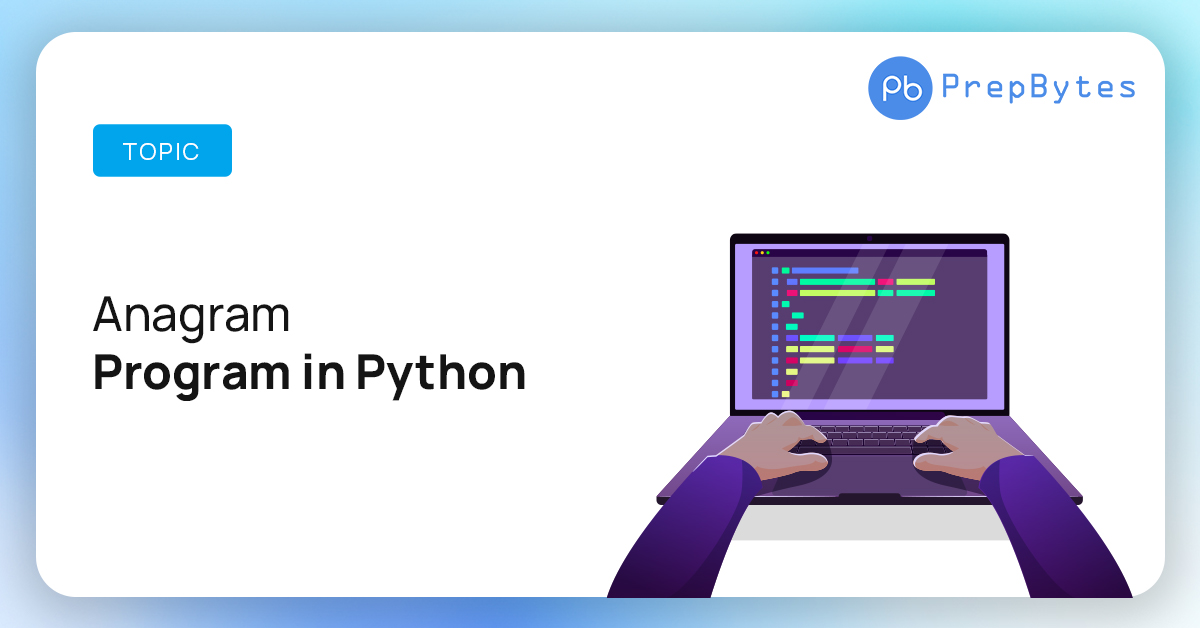 We will solve this problem before approaching the solution. Let’s understand the problem description.

Explanation:
In the above code, we declared the anagramCheck() function, which accepts two strings as arguments. To sort, these strings are turned into a list. The position variable was then defined and assigned a value of zero. The string length is compared to the location value in each iteration of the while loop. Each element in both lists was compared to the other and the position value was incremented by one. When the position value exceeds the string length, the loop is ended and returns true otherwise, it returns false.

There are few techniques which can be used to find the anagram program in Python.

In this method, we count the number of characters in both strings. If the count of one string matches the count of another, the matching word is an anagram of another.

Explanation:
In the above code, we imported the collection module and its Count and defaultdict methods to check the string’s anagram. Using the counter function, we developed the checking anagram() method to count and record each character. Each count is reduced into a list and tracked. This method is completed for all of the characters in the first string before moving on to the second string. If the counts of both strings match, it indicates that both strings are anagrams.

We can apply this technique as follows.

Explanation:
This approach was utilised in the preceding code to compare anagrams among inverted strings. We’ve created two distinct strings here. This approach is similar to palindromes in that we inverted one of the strings and tested it with others. If the strings match, they have produced an anagram, if they do not match, they are not reported as not anagrams.

Explanation:
Another method for obtaining the anagram of the two strings is used in this case. The comparison was also used here. We feed the string into these loops for verification in the nested while loop.

Conclusion:
We Hope this article will help in understanding anagram program in python. Practice more questions like anagram if you are a beginner, as it will increase your logic building as well as the implementation part.