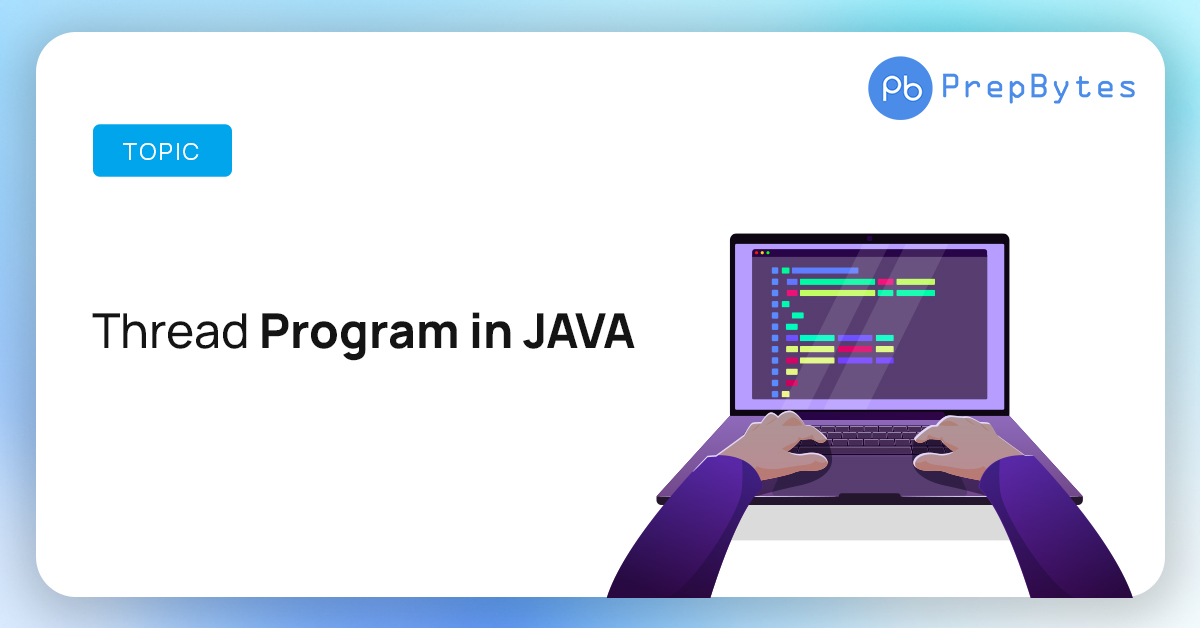 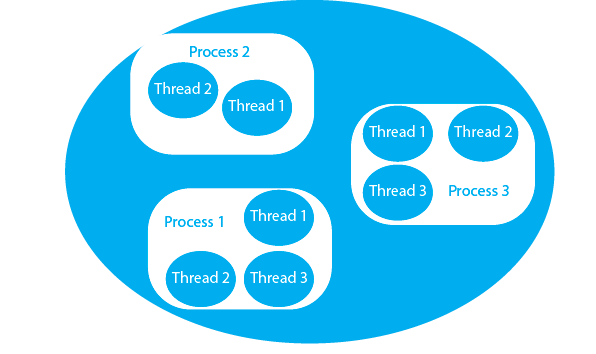 Threads can be assumed as subprocesses created to execute processes separately. Threads access shared memory with other threads but do not affect the working of other threads hence, they are independent in working states. 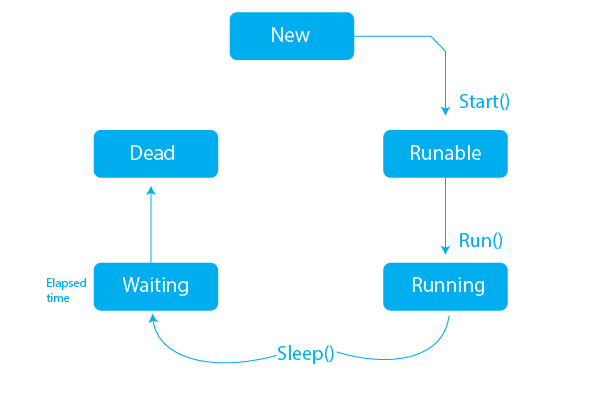 Thread can be classified into different stages it can lie in. The states are as follows:-

There are two methods for the creation of threads in java:-

One of the ways to create a thread is by extending the thread class to include the required methods and operations performed on a Thread. The thread supports a runnable interface and has the following constructors in place for creation.

Explanation: In the creation of a thread program in java, we are extending the Thread class with PrepBytes and defining the run method for the thread which is later being called after the object named pb initiated, to which the output is displayed:

Explanation: The thread class is extended to use the class object as a thread object for which the created class object, pb is passed to the runnable constructor of the thread object. run() method is invoked as a result of which the output is printed.

Explanation: Class is defined wherein lies the thread object, created with thread data as a string and the thread starts using the start method. The name of the thread is extracted to a string-type variable that is further printed as result.

Explanation: An object of the class is created PrepBytes is created that is passed to the constructor of Thread class with the string name. The thread gets initiated using the start() method and an active state is enabled. Name of the thread is stored in the variable, name, which prints as the output

In this article, we got to know what threads are and how they behave along with the life cycle of a thread. We implemented a thread program in java using different techniques.

We hope you liked this article focused on the thread program in java. Hope to see you back with another piece of information at PrepBytes.