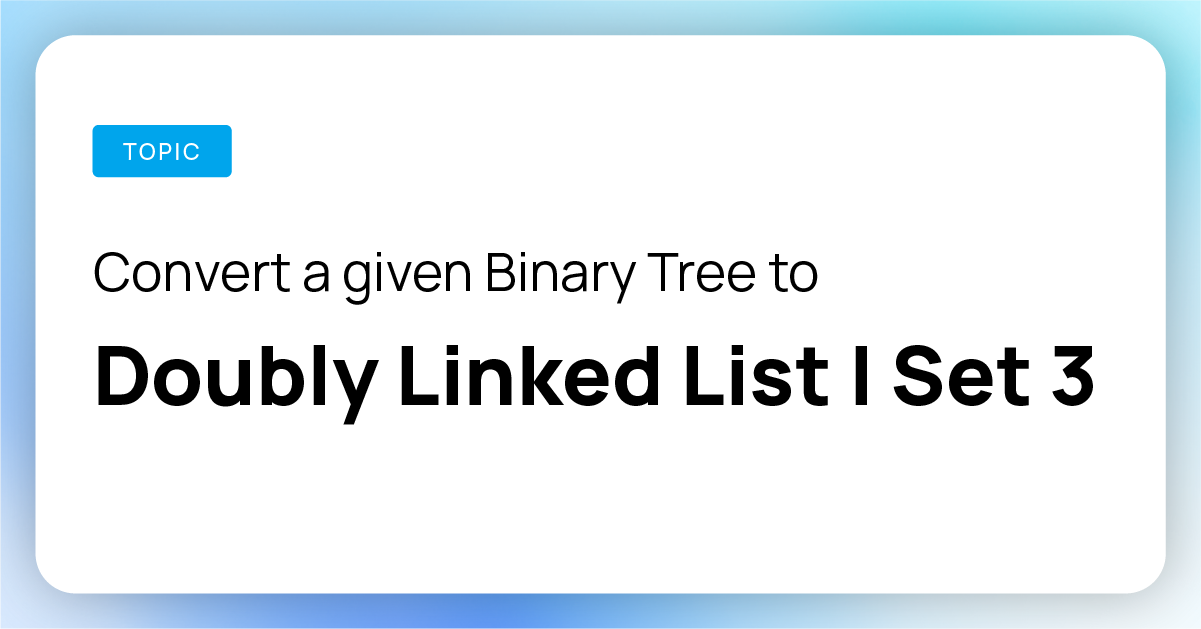 In this problem, we are given a binary tree, and we have to convert it to a doubly linked list.

Let’s assume that the given binary tree is: 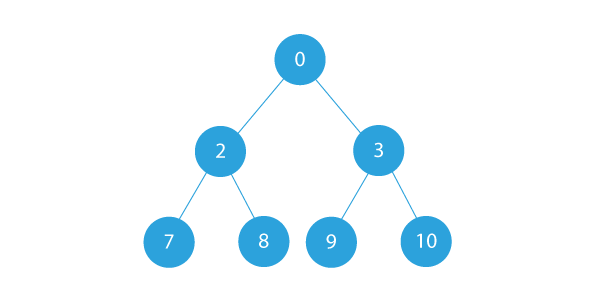 Taking another example, if the given binary tree is: 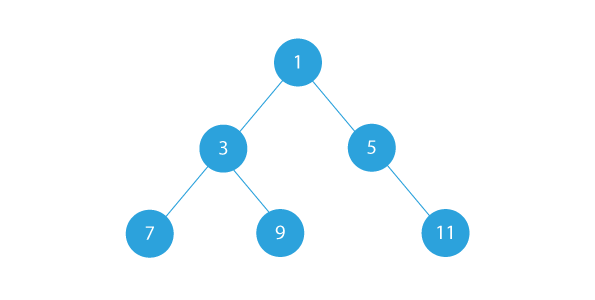 Let’s name every node to check its relative position in the binary tree and doubly linked list. 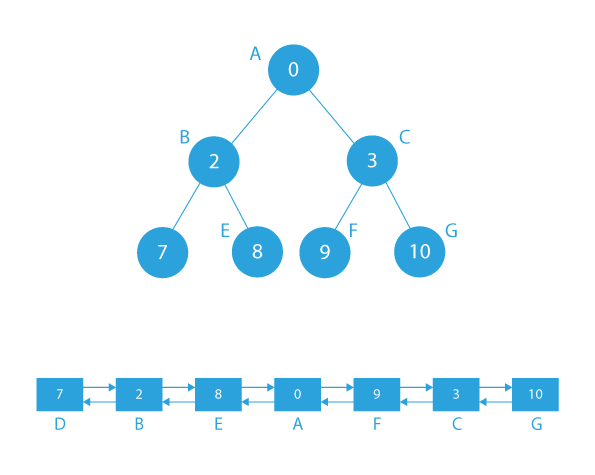 In the binary tree, we can observe that:

In the converted doubly linked list, we can observe that:

So, from the above observations, you might think that we can just make the previous pointer of a node point to its left child and the next pointer point to its right child.

On careful observation, you can see, the values are in the same order as in our output list.

So, the key takeaways are:

To convert the given binary tree to a doubly linked list, we need to do an inorder traversal of the binary tree. 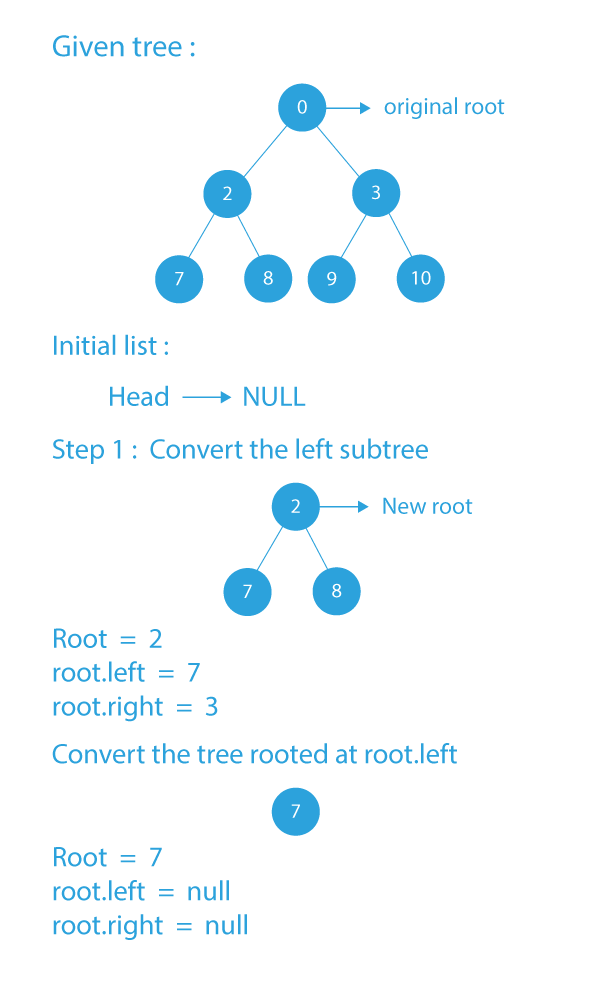 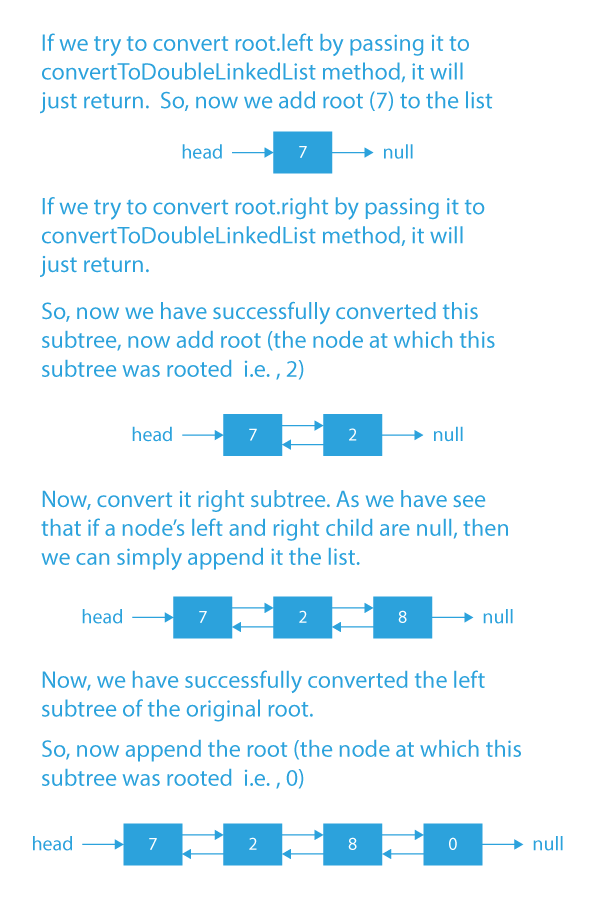 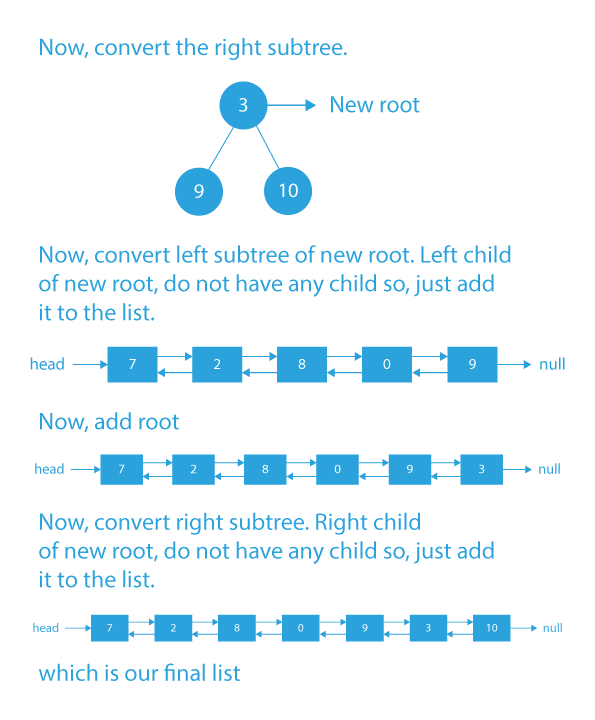 Space Complexity: O(h), where h is the height of the binary tree. At any instant, the space occupied by the recursive stack is at most h.

So, in this blog, we have tried to explain how you can convert a given binary Tree to a doubly linked list. This is one of the good problems that helps you strengthen your concepts in LinkedList and if you want to practice more such problems, you can checkout Prepbytes (Linked List).