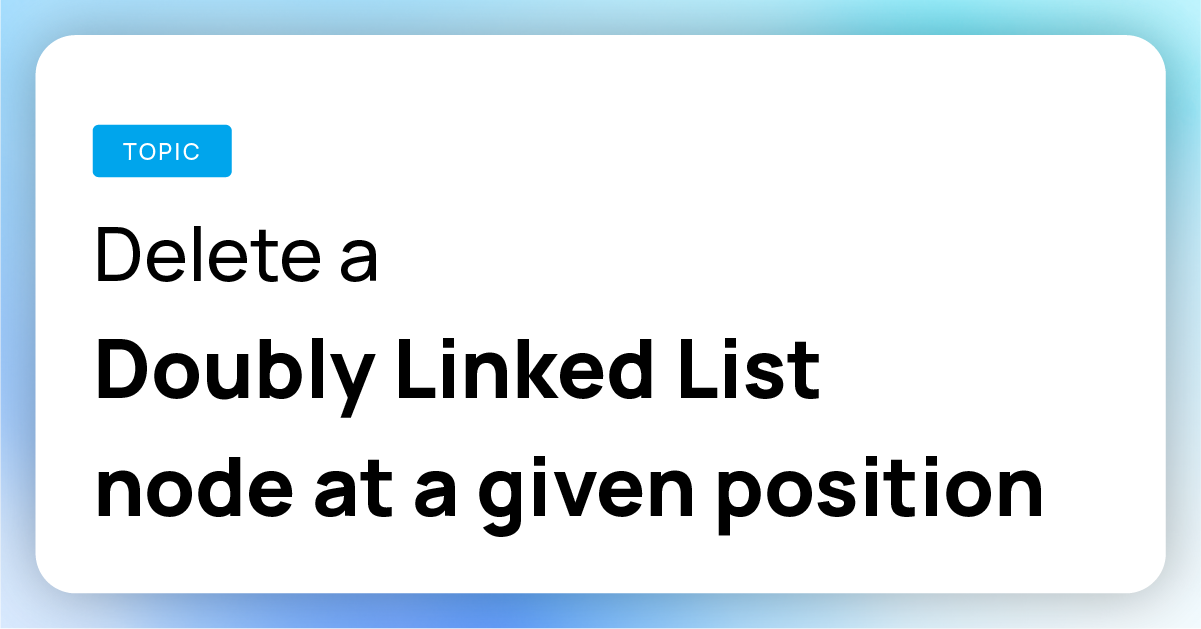 According to the problem statement, we will be given a doubly linked list and a position N; we have to delete the node present at the Nth position from the beginning.

Note: We will take 1 based indexing in this problem.

The approach will be straightforward.

Let’s move to the algorithm section to see approach in more depth with some corner cases. 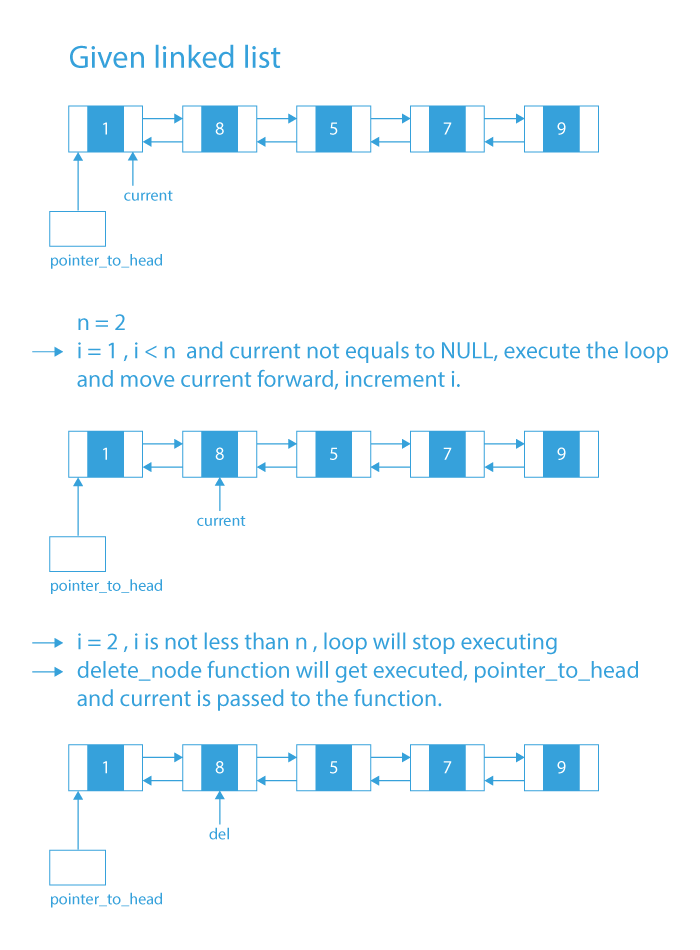 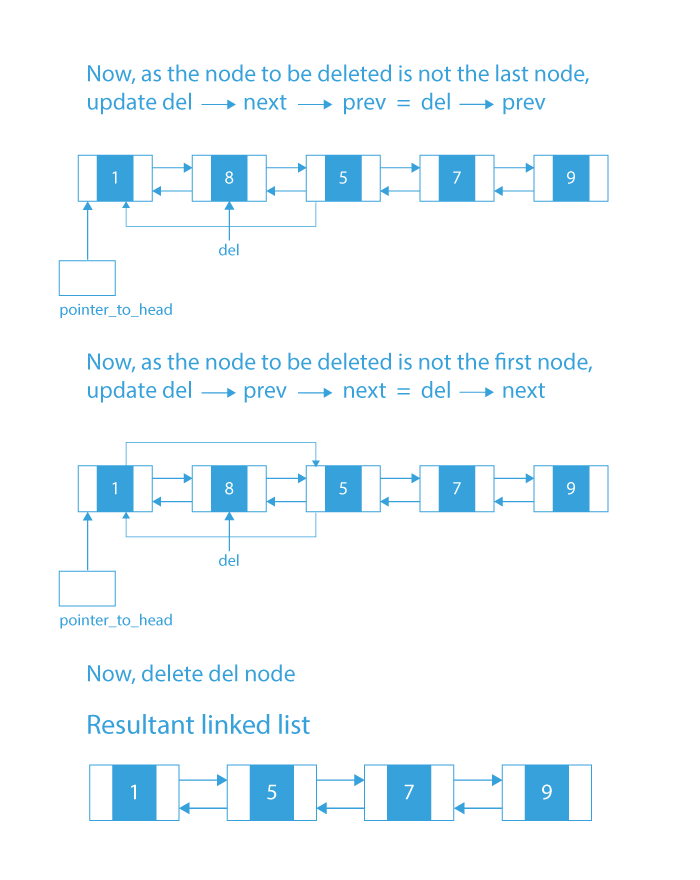 Time Complexity: O(N), Since we have traversed through the list once.
[forminator_quiz id=”5235″]

So, In this blog, we have learned how to delete a Doubly Linked List node at a given position. If you want to solve more questions on Linked List, which are curated by our expert mentors at PrepBytes, you can follow this link Linked List.