In this question, we are given a singly linked list. We have to write a function that takes the head of the list as a parameter and deletes the complete linked list.

In the end, we will make the head of the list NULL. 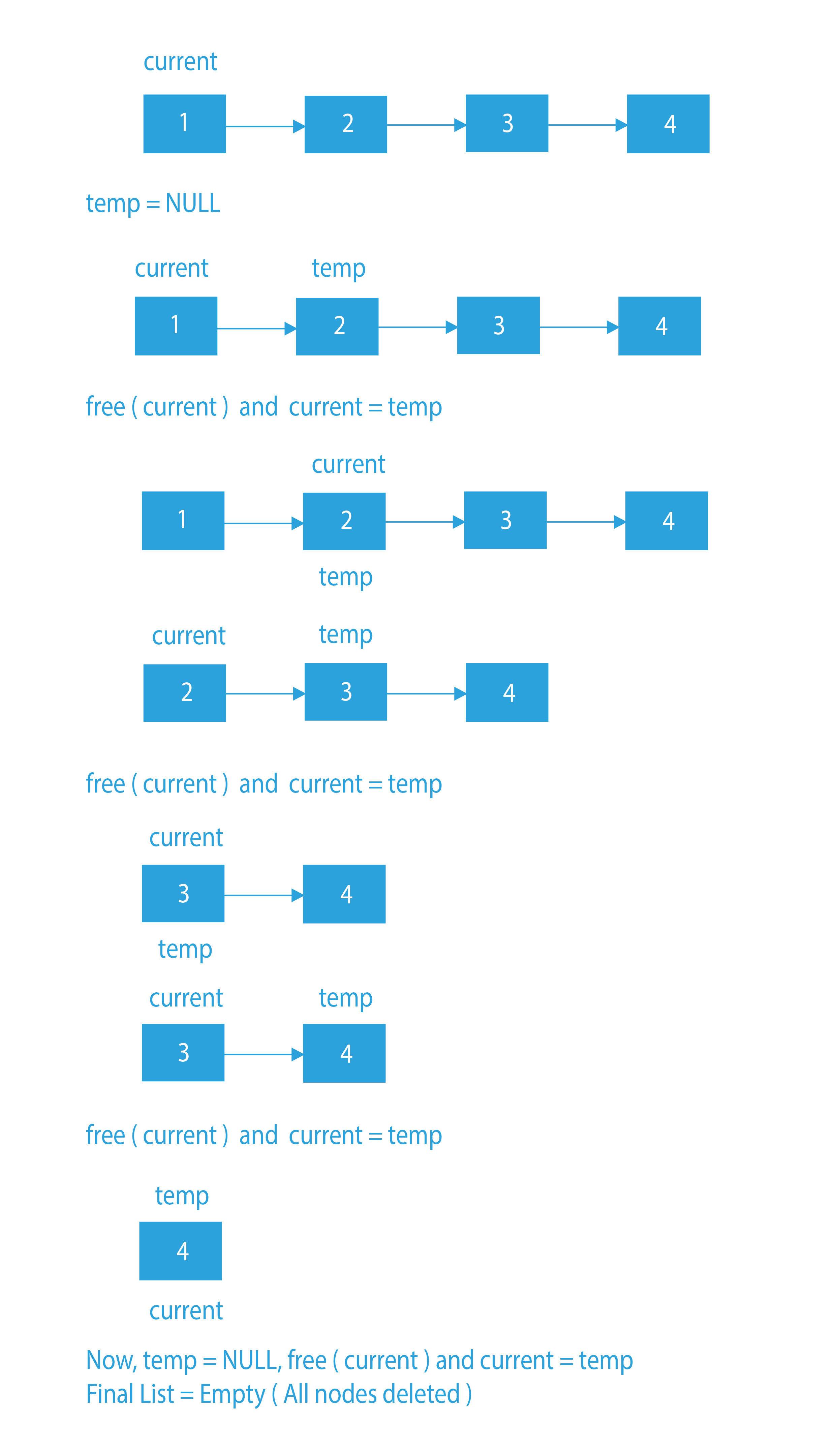 Space Complexity: O(1), as only temporary variables are being created.

So, in this article, we have tried to explain the most efficient approach to delete a linked list. This is an important question when it comes to coding interviews. If you want to solve more questions on Linked List, which are curated by our expert mentors at PrepBytes, you can follow this link Linked List.