In this problem, we are given a linked list, and we have to move the last node of the linked list to the very first and make it head or root.

Output (After moving the last element to the front of the linked list):

Well, this is a very basic problem, and furthermore we will continue with the approach to solve the problem. 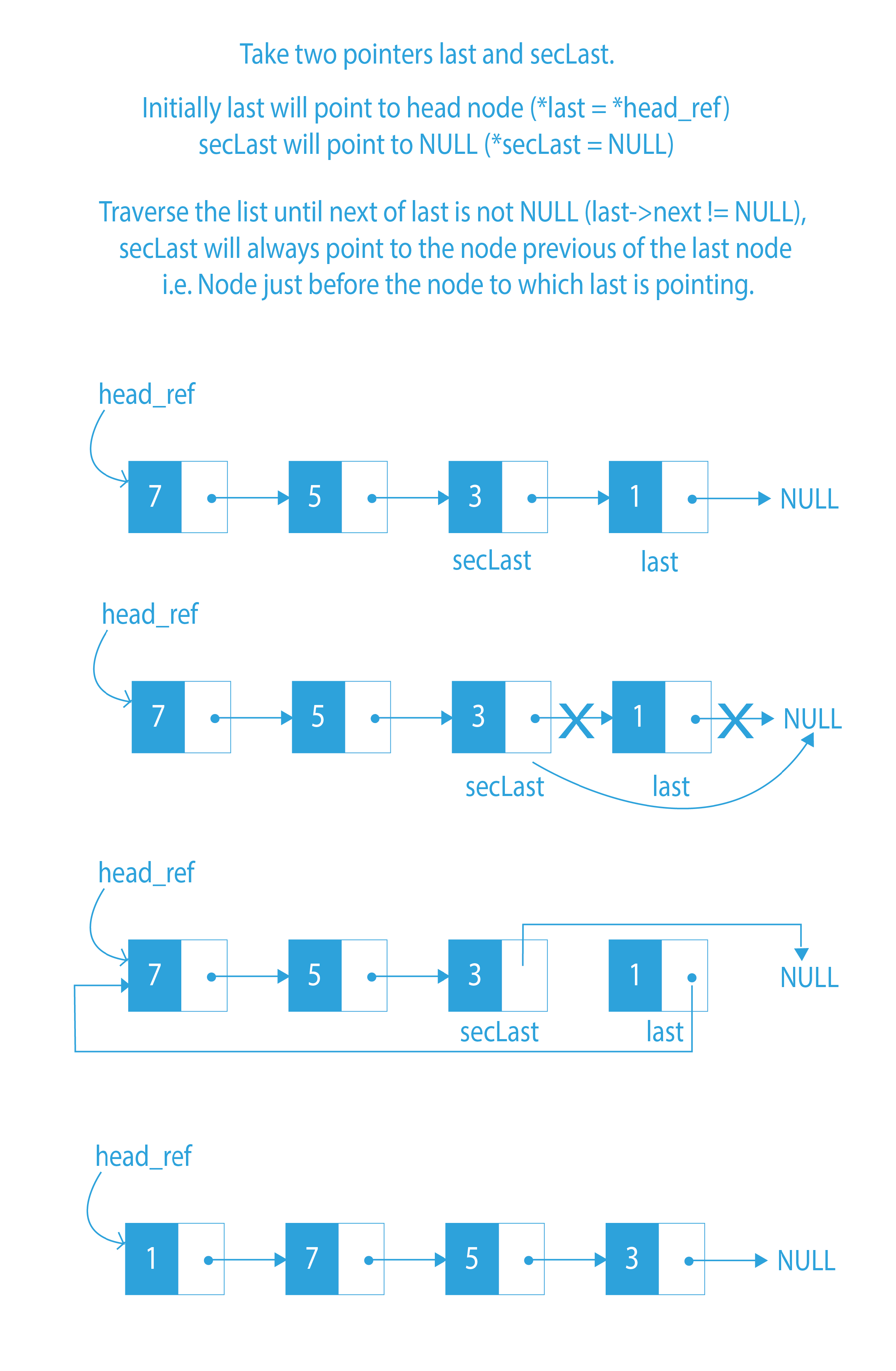 Time Complexity: O(n), where n is the number of nodes in the given LinkedList.

This blog tried to discuss how you can move the last element of the linked list to the front of the list by changing the links and not just by copying the data. If you want to practice more questions on linked lists, feel free to solve them at Linked List.