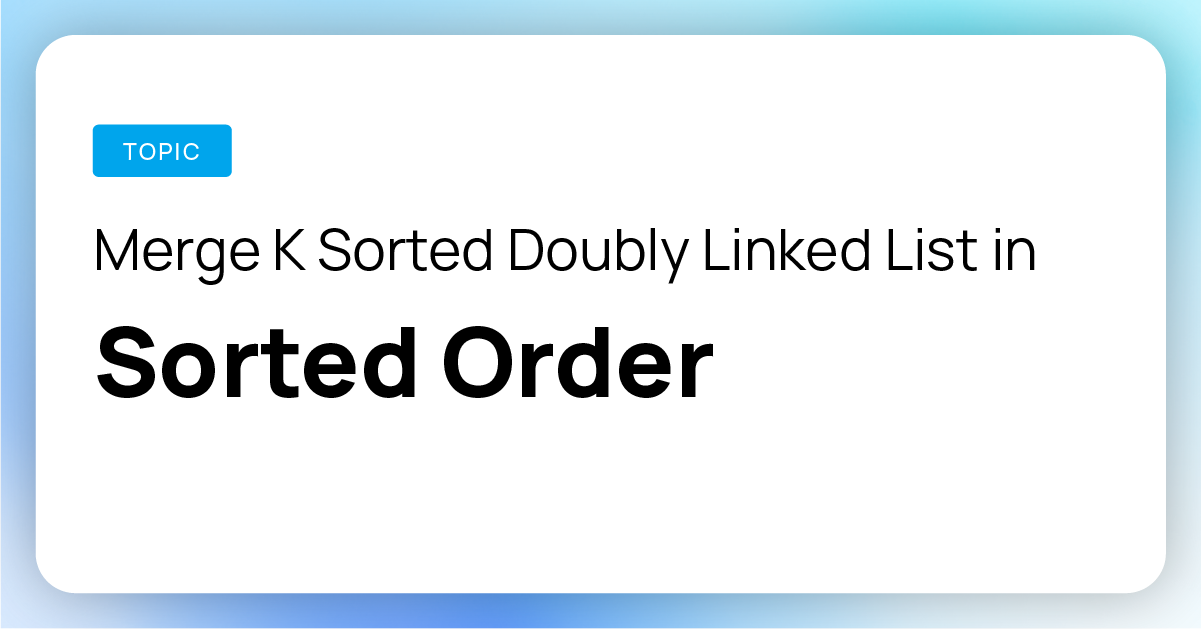 Let's try to understand the problem with the help of an example:
If the sorted doubly-linked lists given to us are: 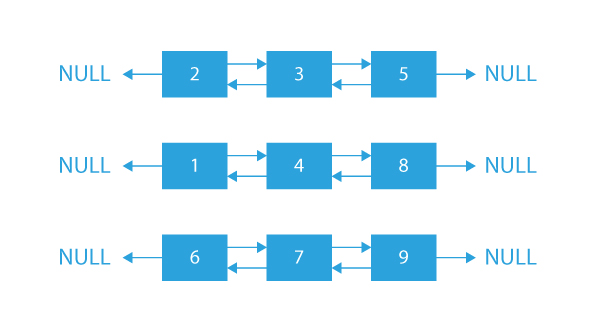 To see how to merge two sorted linked lists, check out this article.

We can observe that if the number of lists given is quite large, then the above approach will result in TLE. So, we need to reduce the time complexity, which is possible if we use the divide and conquer technique.

1) Initialize a variable back with the last index of the array containing the head of all the lists.
2) Run a while loop till back is not equal to zero. 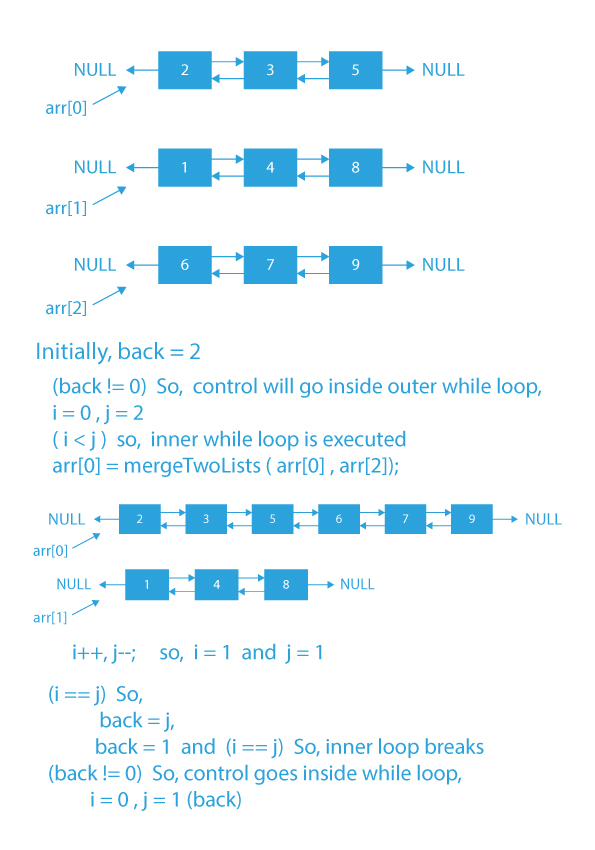 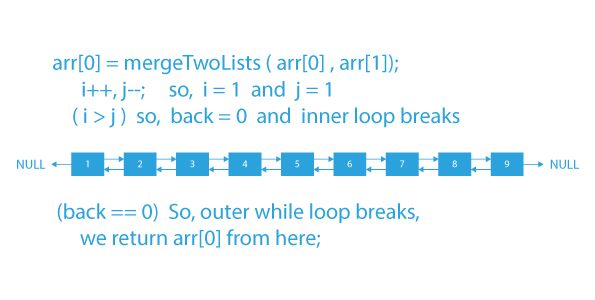 So, in this blog, we have tried to explain how you can merge K sorted doubly linked lists in the most optimal way. If you want to solve more questions on Linked List, which are curated by our expert mentors at PrepBytes, you can follow this link Linked List.