Note: If the number of nodes is odd, then the value of the middle node will remain unchanged.

To understand this problem statement, let us take examples by referring the best online programming courses.

then according to the problem statement:

We will get our desired list by following the above steps.

As you can see that in the above approach, we used an extra space of O(n) because we were pushing the elements of the second half of the list in the stack.

Can we improve this to constant extra space? 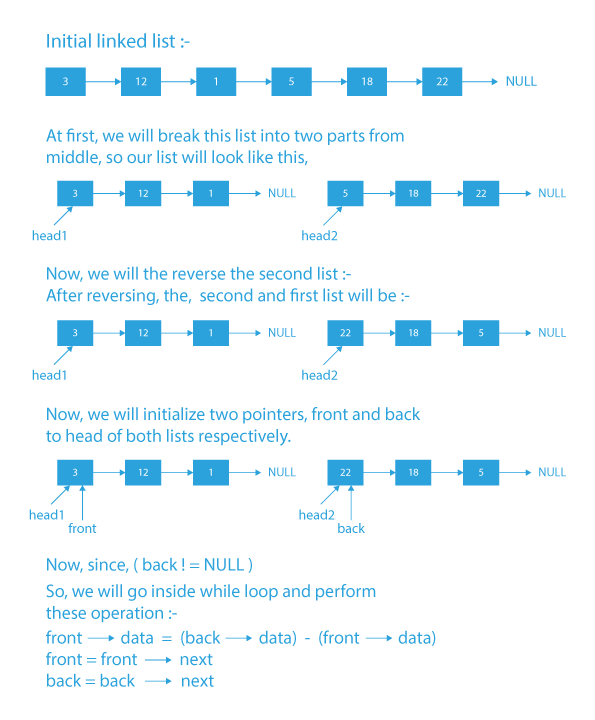 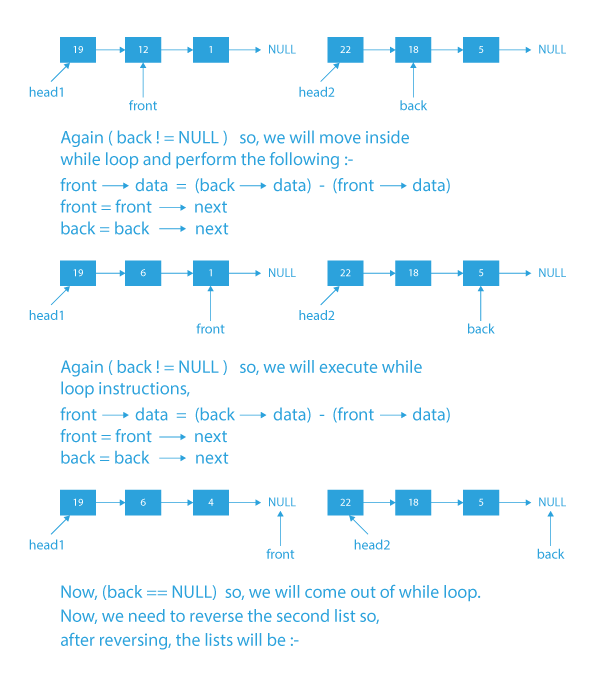 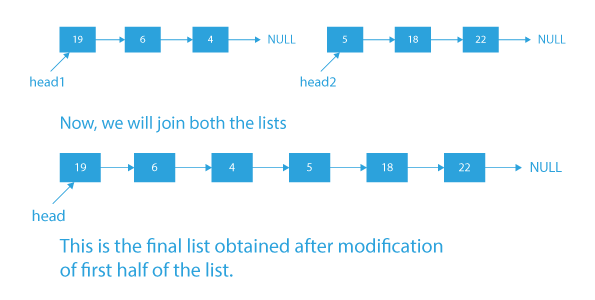 Time complexity: O(n), Where n is the number of nodes in the list.

So, in this blog, we have tried to explain how you can modify the contents of a linked list in the most optimal way. If you want to solve more questions on Linked List, which are curated by our expert mentors at PrepBytes, you can follow this link Linked List.