In this problem, we will be given a linked list and an integer X. We need to partition the linked list around this integer X such that all elements that are less than X should occur before all elements having a value greater than or equal to X.

To understand this problem statement, let us learn programming languages online and take an example.

Also, multiple correct outputs are possible for this problem statement.

Now let's have a look at some helpful observations. 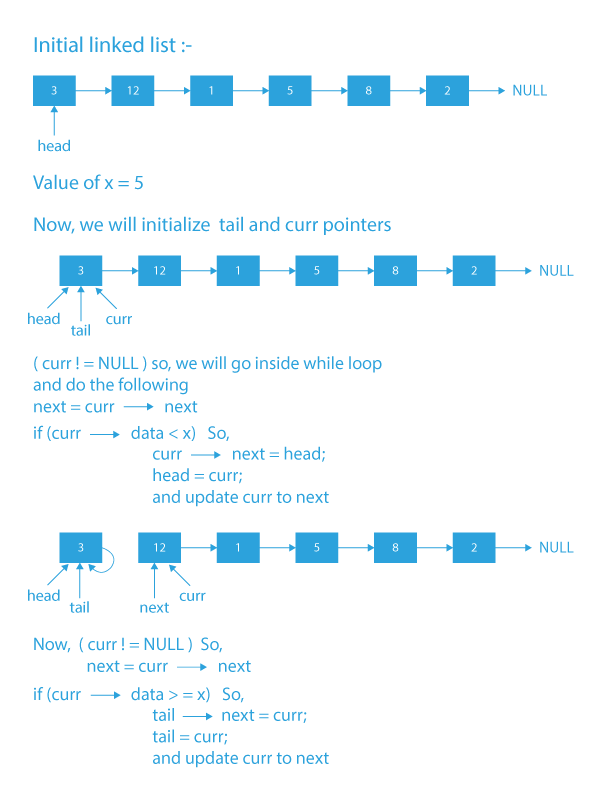 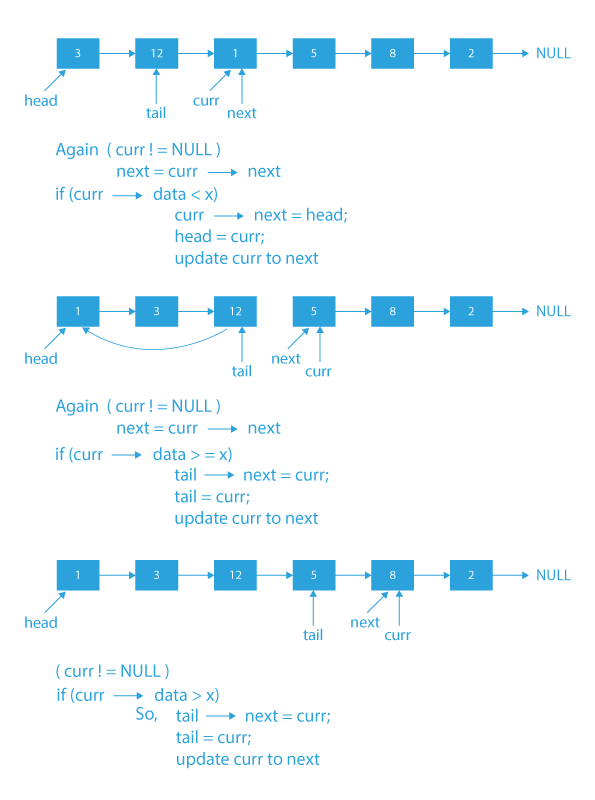 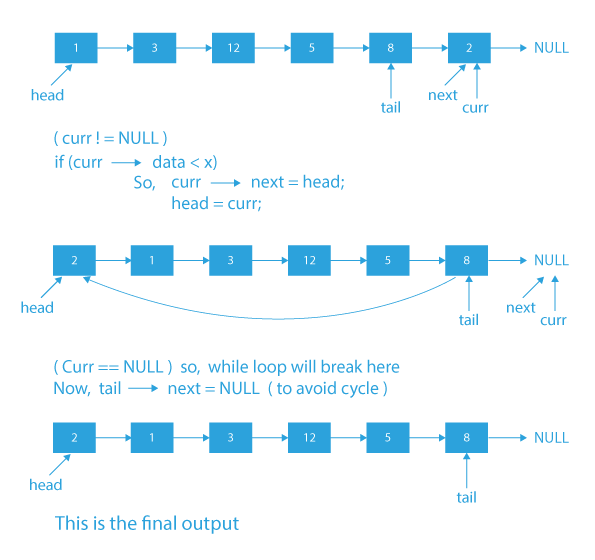 Time Complexity: O(n), Where n is the number of nodes in the list.

So, in this blog, we have tried to explain how you can partition a linked list around a given value without caring about maintaining the stability in elements of the list in the most optimal way. If you want to solve more questions on Linked List, which are curated by our expert mentors at PrepBytes, you can follow this link Linked List.