We will be provided with a linked list, we aim to reverse the given linked list, but we are constrained to use only 2 pointers.

In this problem, we are given a Linked List, and we are asked to reverse the provided Linked List. We can get the desired reversed linked list by just swapping the values of nodes from front to end.

So, Essentially, we can just swap the values of node such that:

The output linked list which we got after swapping the nodes is basically the reverse of our original linked list. Hence objective achieved.

In this article, we will see how we can achieve the same result using only 2 pointers.

Why is XOR Used?

Let's revisit some properties of the xor(^) operator.

So, Essentially with this method, we are trying to remove the need for an extra next pointer. We are temporarily storing it using the help of XOR properties.

How XOR is used?

We will use the concept of swapping two variables without using a third variable with the help of the xor operator.

We are using the same technique to swap node values in our code. 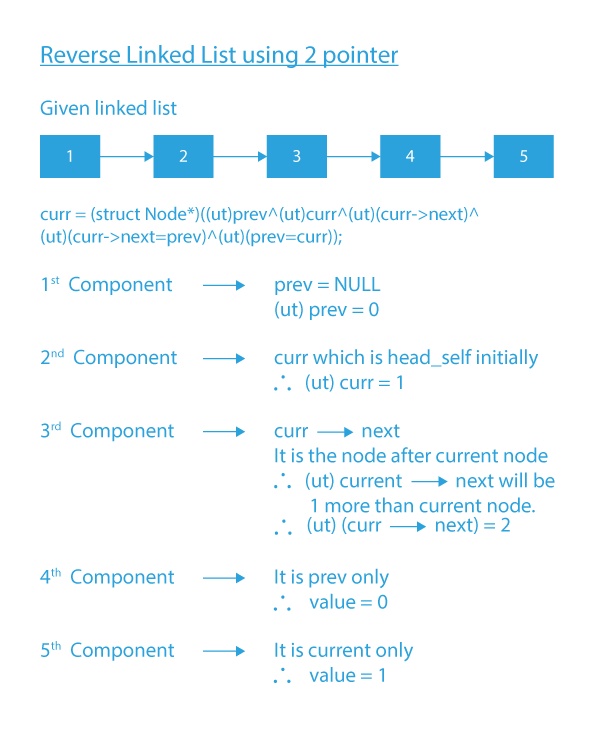 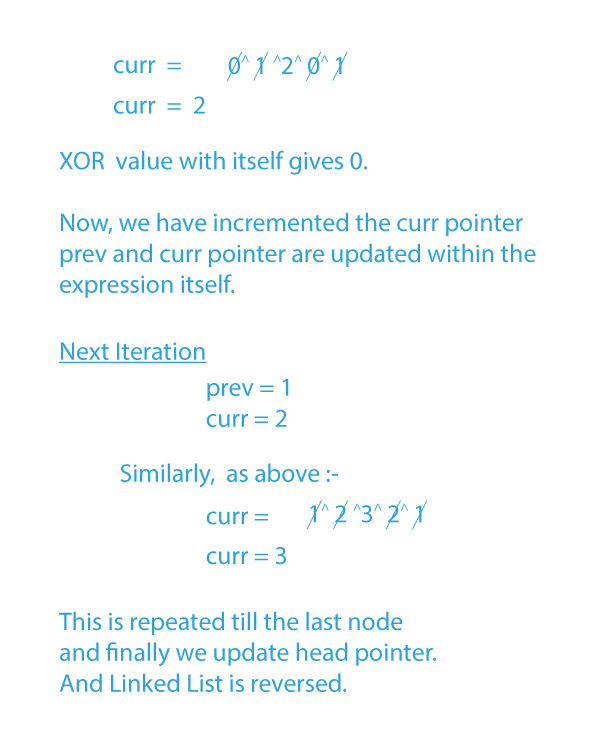 Now You must be wondering why we typecast the pointers to uintptr_t type?

Now, I think line 5 in the reverseList function is somewhat confusing, so let's break down this line into 5 components.

The expression will be calculated from left to right.

Let us now compare this code with the one we have seen earlier using 3 Pointers. Find Any Similarity?

You must be wondering where line 4 of our previous code has gone? So line 4 was curr = next. But what does next contain?

Time Complexity: O(n) where n is the number of nodes in the given LinkedList.

This blog tried to discuss the problem when we are given a linked list and we are asked to reverse it using only 2 pointers. If you want to solve more questions on Linked List, which are curated by our expert mentors at PrepBytes, you can follow this link Linked List.