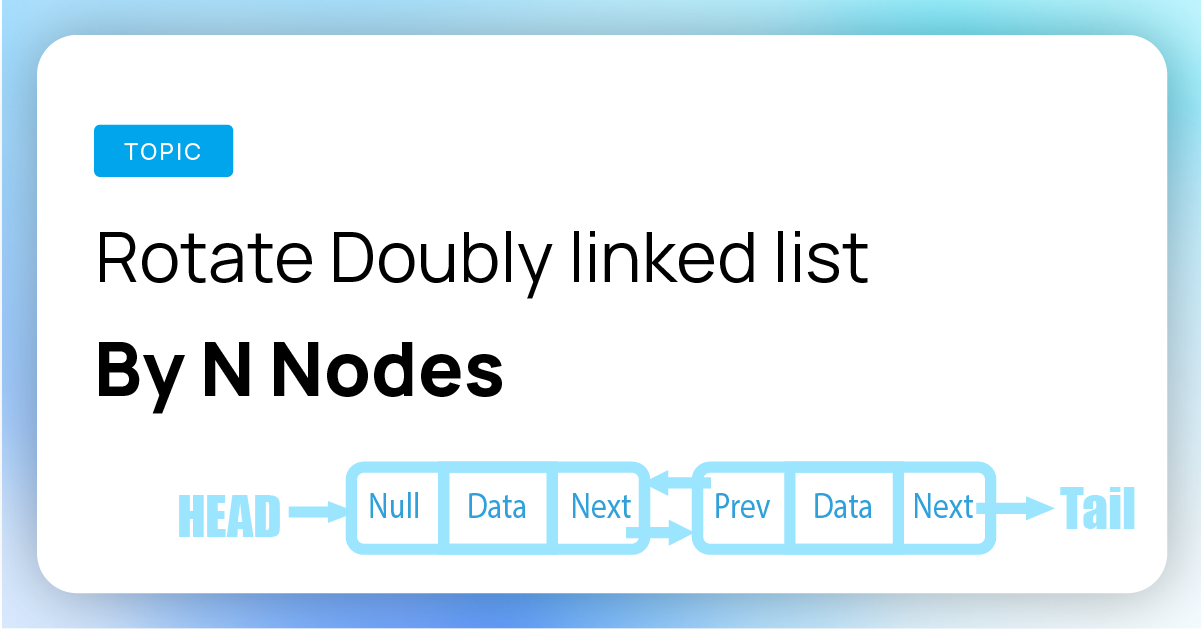 So according to the problem statement now we have to rotate the doubly linked list counter-clockwise by 2 nodes. To do, so the nodes with value A and B will be removed from their original positions and will be inserted at the end of the linked list, which will yield us our final resultant linked list as:

Similarly, if we are given a linked list as:

It means that we will have to rotate the above doubly linked list counter-clockwise by 4 nodes. To do, so we will move the first 4 nodes from the beginning to the end of the list such that our final linked list will be:

Now I think from the above examples it is clear what the problem is demanding. So next we have to think how we can approach this problem towards a solution?

Let’s have a glance at approach.

So let’s first think about what we actually need to perform the task of rotating a doubly linked list by N nodes.

To achieve the above objective of rotation:

At last, print the rotated list using the PrintList function. 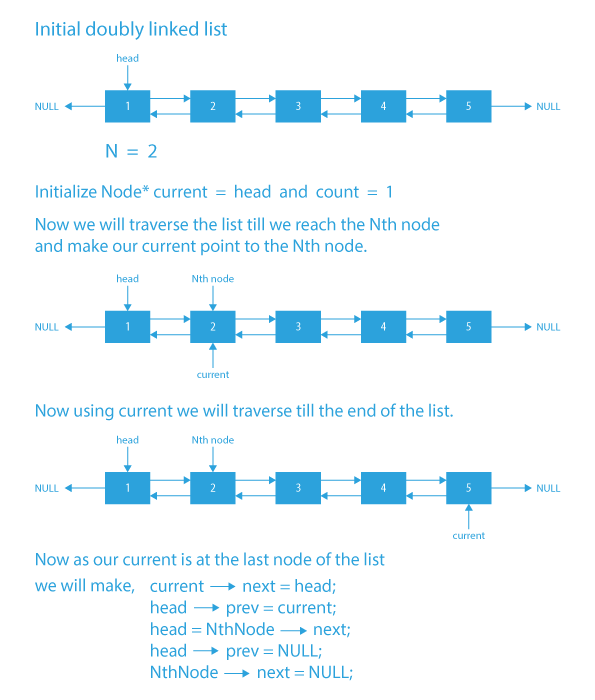 So, in this article, you have learnt how to rotate a doubly linked list by N nodes. This is an important coding interview question. If you want to solve more questions on Linked List, which are curated by our expert mentors at PrepBytes, you can follow this link Linked List.