In this problem, we are given a LinkedList with even and odd valued nodes and are asked to segregate these nodes. Note that we also have to maintain the order in which the nodes were in the original linked list.

Let's try to understand the problem with help of an example:

By the way the statement Segregate even and odd nodes indicates that we need to rearrange the nodes of the linked list in such a way that all the even valued nodes appears before odd valued nodes in the modified linked list, and we also have to maintain the order in which the nodes were in the original linked list.

Then, while segregating the even and odd nodes of the linked list:

Then, while segregating the even and odd nodes of the linked list:

Now, I think from the above two examples that it is clear what we have to do in the problems.

Now the main question is how to approach this problem? Try to come up with some approach, not necessarily the optimized one but any approach (if It's brute force it's okay, no problem we will optimize it together).

In the above approach we can see that we were able to solve the problem in O(n) time but space complexity is also O(n), so now we need to avoid this extra space.

Note: Generally whenever you get a question on an arrangement in a LinkedList avoid dealing with data rather than try to think of a solution using the manipulation of links.

Let’s try to think of some better approach.

The idea is to split the linked list into two parts containing only even nodes and the other containing only odd nodes. The only task then we will perform is to join these two linked lists together. Let’s see this in algorithm form. 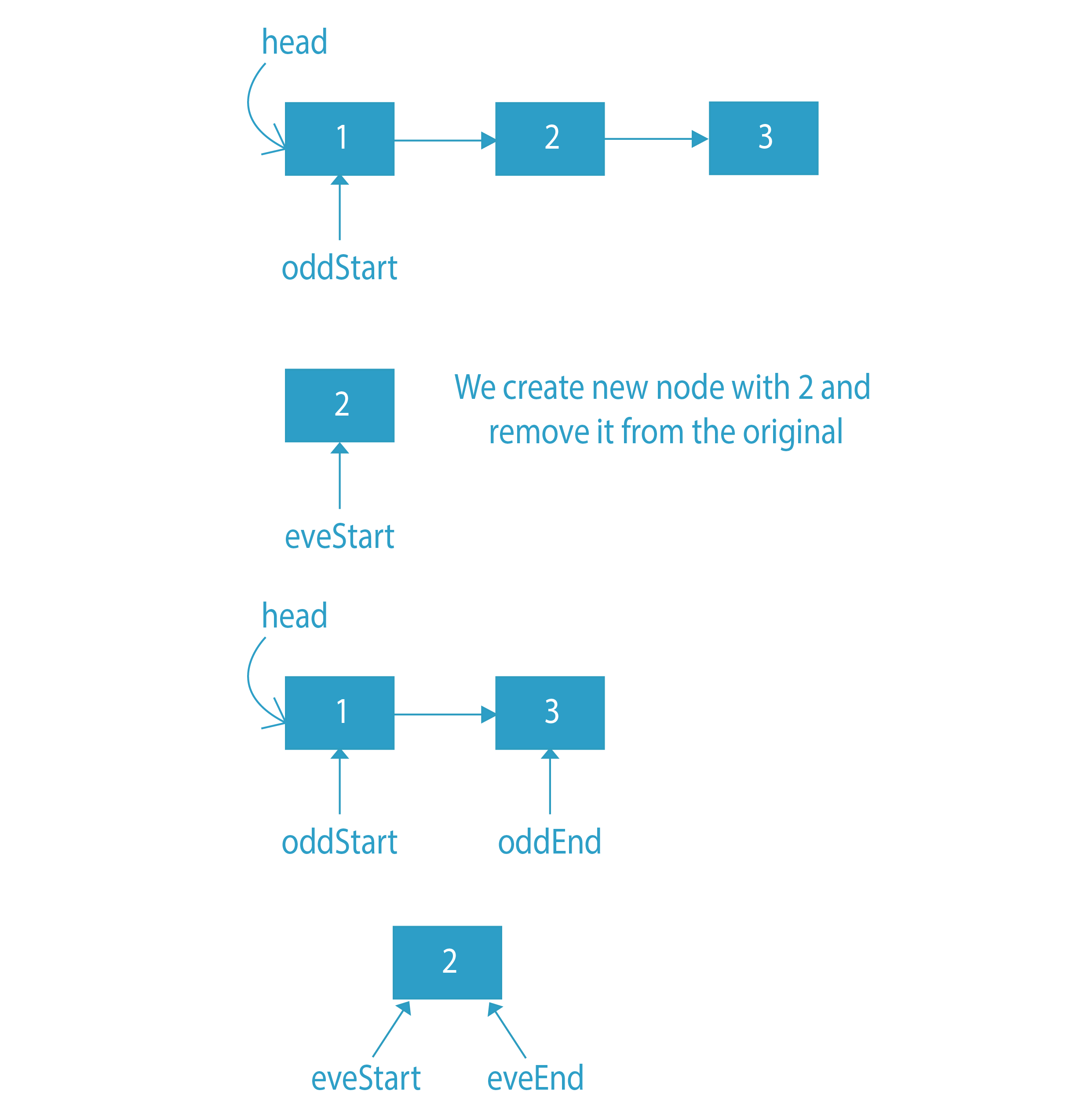 This blog tried to explain how to segregate even and odd nodes in a linked list by changing the links of the nodes and not by manipulating the data. As we know, if the nodes contain large data then manipulating data is very expensive and hence changing links is preferred. If you want to practice more questions on linked lists, feel free to solve them at Linked List.