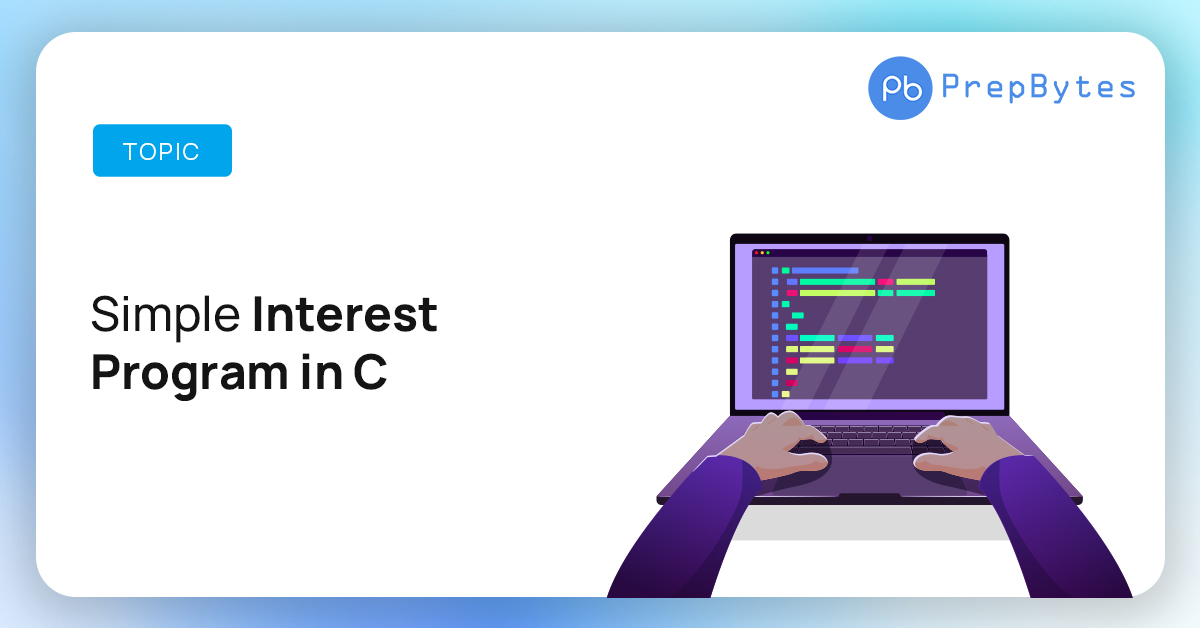 Simple Interest is a mathematical concept. It is a kind of interest in the capital that we get if we keep the money invested for a particular period of time. The formula for simple interest is:

So, we will now implement this logic as a C program by writing the Simple interest program in C language.

However, if we store the Simple interest in an integer value and then divide by 100, only the integer part will be stored i.e. the floor value will be stored. So, we can use the float or double data types to store the decimal type of values. This will help us get the answer in decimals. So, the algorithm is as follows.

The time complexity for simple interest program in C is O(1). This is because we are just performing 2 multiplications and 1 division i.e. constant operations. So, the time does not depend upon the size of the input.

The space complexity of the simple interest program in C is also O(1). This is because we have not used any extra data structure. We have just created P, R, T, and SI variables that take up only constant space. So, the amount of space taken also does not depend upon the input size.

Since there is no change in the logic of the code, the time complexity remains the same i.e. O(1). However, there will be an extra overhead of function calling this time.

So, this is the simple interest program in C. We hope that you have understood the concept and liked the discussion. We hope to see you again soon at PrepBytes.