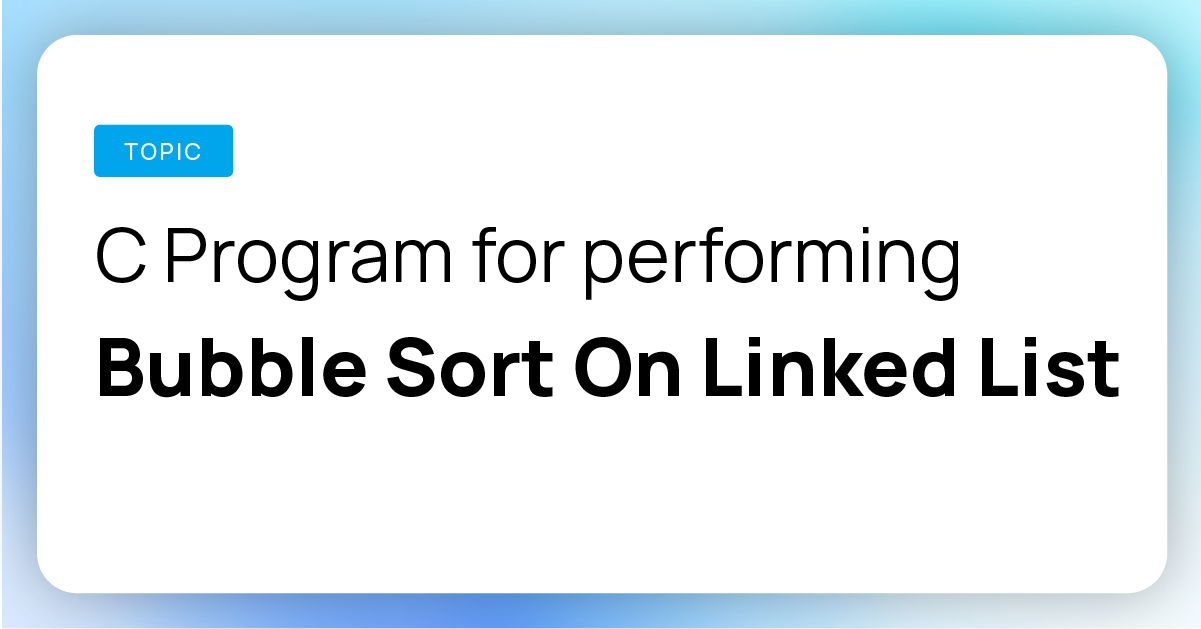 This question is not a very complex one. We just have to apply a normal bubble sort on the list. The only difference is that instead of swapping the data of adjacent nodes, we will swap the nodes.

Let us have a glance at the approach by referring online coding classes. 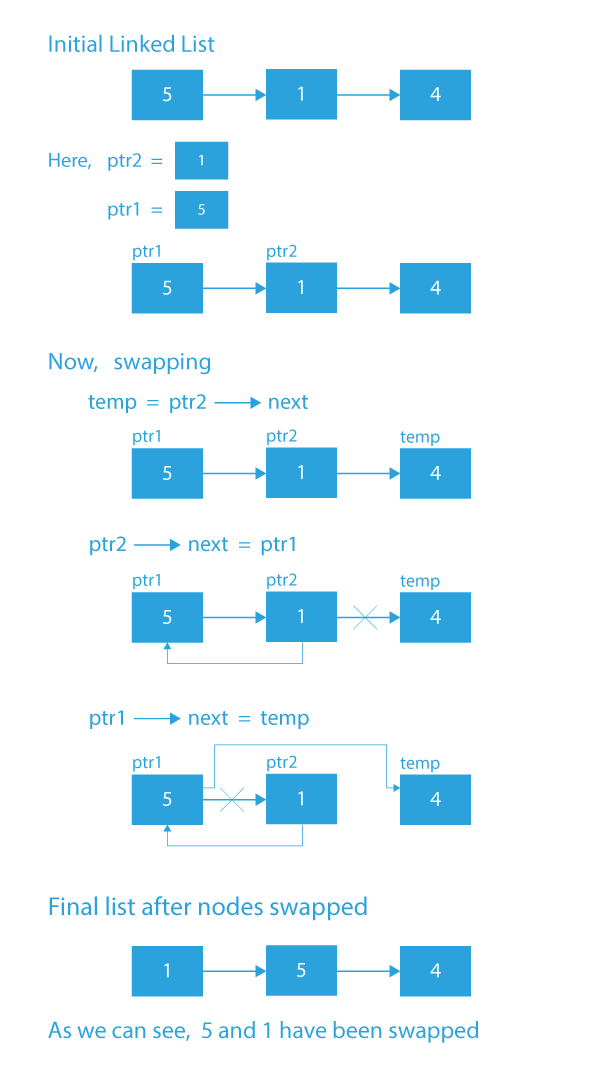 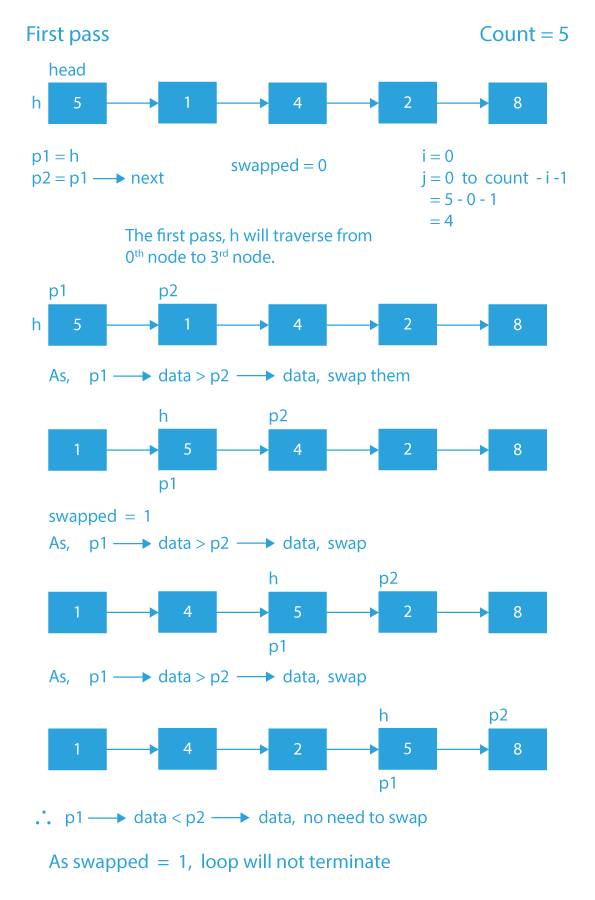 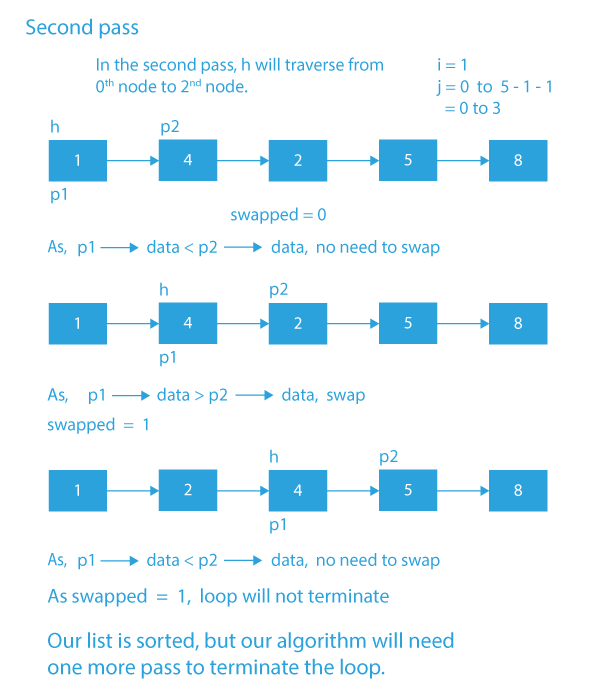 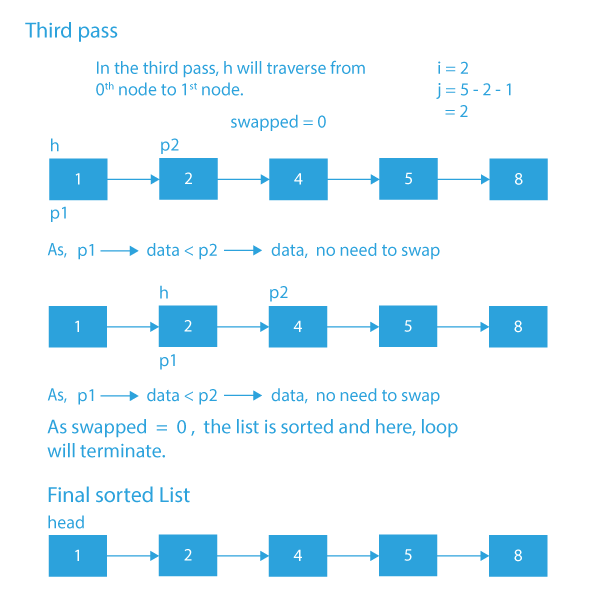 Time Complexity: O(n2), where n is the total number of nodes in the Singly Linked List.

In the above article, we have tried to explain the bubble sort program in C. Therefore, we will conclude bubble sort using linked list in C. Hopefully, You have a clear understanding of this topic now. We hope this article helps you with a hands-on linked list. If you want to solve more questions on Linked List, which is curated by our expert mentors at PrepBytes, you can follow this link Linked List.

A linked list is a linear data structure, in which elements are not stored in contiguous memory, linked lists consist of nodes where each node contains two parts one is the data, and the other is the pointer to the next node.

Bubble sort is a sorting algorithm that works by swapping the adjacent elements if they are not in the sorted manner.

You can sort a linked list by
Apply the bubble sort.
Check two adjacent nodes’ data and compare them.
Print the list.