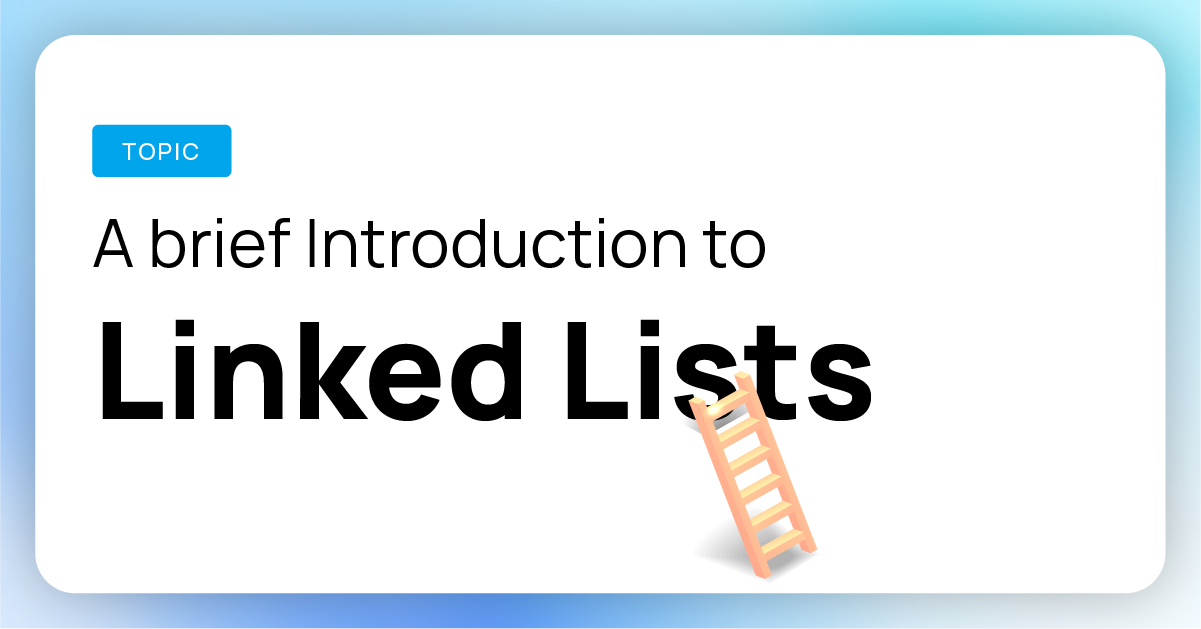 The linked list is one of the most important concepts in data structures and data structures to learn while preparing for interviews. Having a good grasp of Linked Lists can be a huge plus point in a coding interview.

A linked list is a linear Data Structure, consisting of a group of nodes stored at random addresses. In a linked list the elements are linked using pointers.
Every node stores the data and address of the next node. Every node consists of 2 parts:

Data: The Data which is stored at a particular address.
Reference: The address of the next node of the linked list.

Linked list can be represented as the connection of nodes in which each node points to the next node of the list. Below is the representation of the linked list

Till now, we have discussed the array data structure to organize the group of elements that are to be stored individually in the memory. However, Array has several advantages and disadvantages that must be known to decide the data structure that will be used throughout the program.

A singly list is a linked list that is unidirectional, i.e. it can be traversed in only one direction starting from the head of the linked list to the end node (tail). In a Singly Linked List, every node contains:
A data field.
An address field points to the next node.

Now, you might have the question, why should we use linked lists over arrays?

Although using arrays, we can store the same types of data; we can access elements directly using the index; however, they have the following drawbacks.

1. The arrays have a fixed size: As a result, we must know the maximum amount of elements ahead of time. In addition, regardless of use, the allocated memory is always equal to the maximum limit.
2. Inserting a new element into an array at some middle position is costly since space must be made for the new elements, and old elements must be shifted to make room.
3. Also deleting an element from an array is costly as it too requires shifting of array elements.

Now, let’s see the time and space complexity of the linked list for the operations search, insert, and delete.

Where ‘n’ is the number of nodes in the given tree.

The space complexity of the linked list is O(n).

So, in this article, we gave you a brief introduction to Linked Lists. If you want to solve more questions on Linked List, which are curated by our expert mentors at PrepBytes, you can follow this link Linked List.