In this problem, we will be given a string, and we need to convert it into a singly linked list where each node will contain a single character.

If the string given to us is “leaf”:

Let’s take another example, say if the Input string: “prepbytes”

1) Check if the string is empty.

Now, we will get our desired list as output, and we could print it to check. 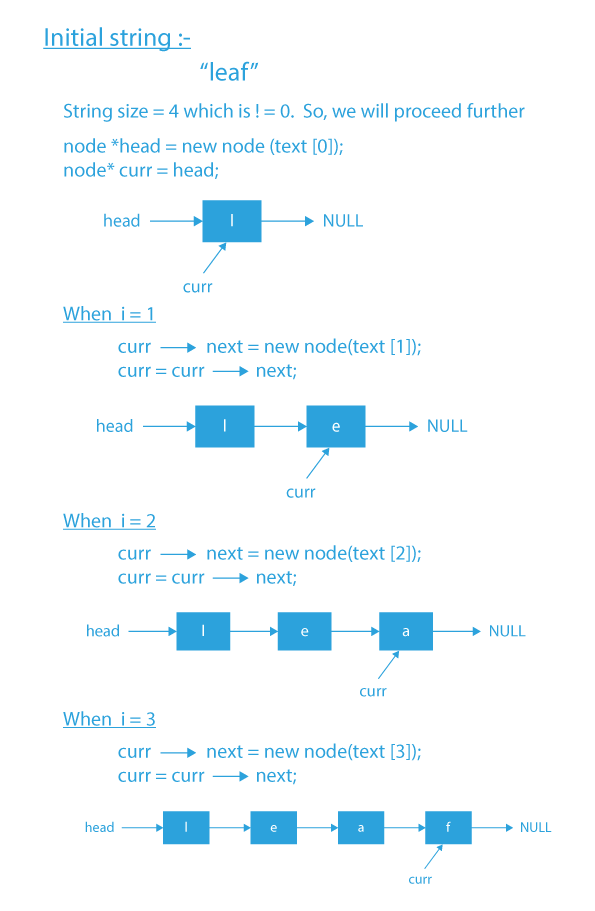 So, in this blog, we have tried to explain how you can convert a string to a singly linked list in the most optimal way. If you want to solve more questions on Linked List, which are curated by our expert mentors at PrepBytes, you can follow this link Linked List.ode.prepbytes.com/interview-coding/practice/linked-list).