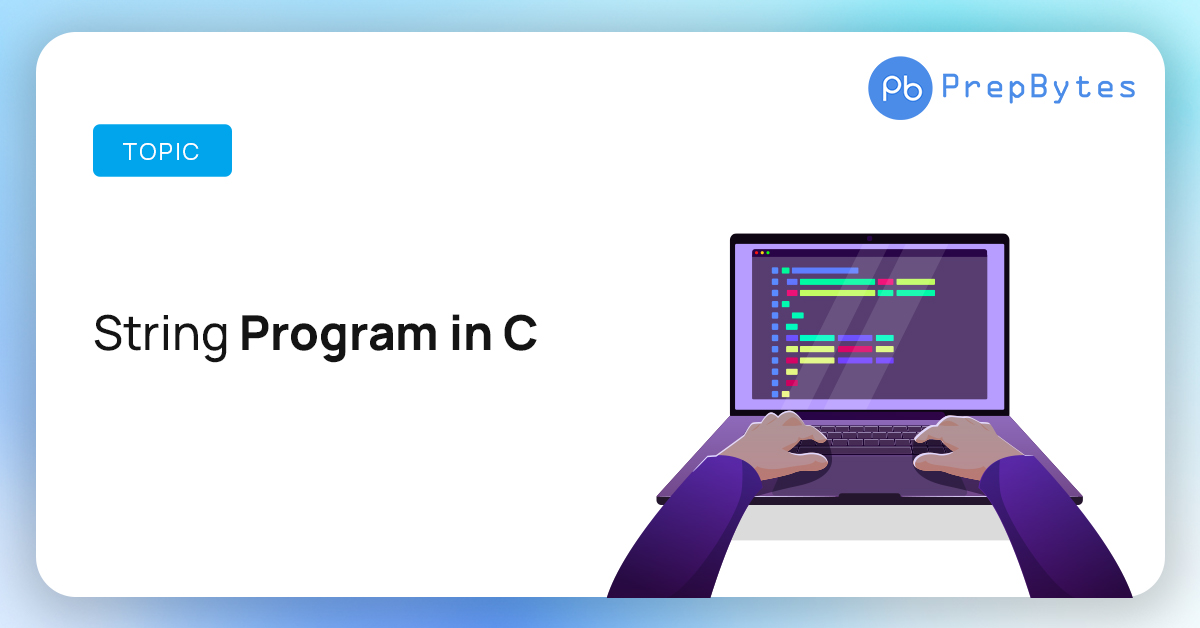 The one-dimensional array of characters that is ended by a null ‘\0’ is the description of a string. Text, such as words or phrases, can be edited using a character array or string. The last character in the array must always be 0, and each character takes up one byte of memory. Since there is no other way to tell where a string stops, the termination character ‘\0’ is crucial. When a string is defined as char s[10], the memory initialization of character s[10] is implicitly set to null.

There are two ways to declare a string in c language.

Let’s see the example of declaring a string by char array in C language.

While declaring a string, size is not mandatory. So we can write the above code as given below:

We can also define the string by the string literal in C language. For example:

In such a case, ‘\0’ will be appended at the end of the string by the compiler.

Difference between a char array and a string literal

There are two main differences between char array and literal.

String Example in C
Let’s have a look at a straightforward example where a string is defined and printed. In the C language, the format specifier for the string is ‘%s’.

One of the most crucial aspects of every programming language is traversing the string. An extremely large text may require manipulation, which may be accomplished by traversing the text. The traversal of a string differs significantly from the traversal of an integer array. In contrast to strings, where we may use the null character to mark the end of the text and finish the loop, numeric arrays require us to know their length before we can traverse them.
There are therefore two methods for traversing a string.

Let’s discuss each one of them.

Using the length of the string

Let’s see an example of counting the number of vowels in a string.

Let’s see the same example of counting the number of vowels by using the null character.

Accepting string as the input

Up until this point, we have used scanf to receive user input. It may also be applied to strings, although in a different circumstance. Take a look at the code below, which saves the string whenever a space is detected.

Here we must also notice that we do not need to use the address of (&) operator in scanf to store a string since string s is an array of characters and the name of the array, i.e., s indicates the base address of the string (character array) therefore we need not use & with it.

However, there are the following points that must be noticed while entering the strings by using scanf.