In this question, we are given a singly linked list and a position. We have to delete the node present at the given position.

Let’s first understand the problem statement with help of an example.

Note : We are using 0 based indexing in this problem.

Explanation : The node at the 2nd position has been deleted.

How should we approach this problem? What is the first thing that comes to mind? Try to reach the position, right?
Yes, But with a little change.

To delete a node, we should also have the pointer to its previous node. We can tackle this by traversing till the (position - 1)th node.

Say, if the node to be deleted is target, and its previous node is prev and its next node is next1. So, to do the deletion of target node from the linked list, we need to perform the following operations:
1) prev → next = next1.
2) And finally free the target node.

By doing this, we are removing the target node at the given position and changing the necessary links.

There are a few corner cases. Try to think them out by taking a few examples. Everything is discussed in detail in the algorithm section. 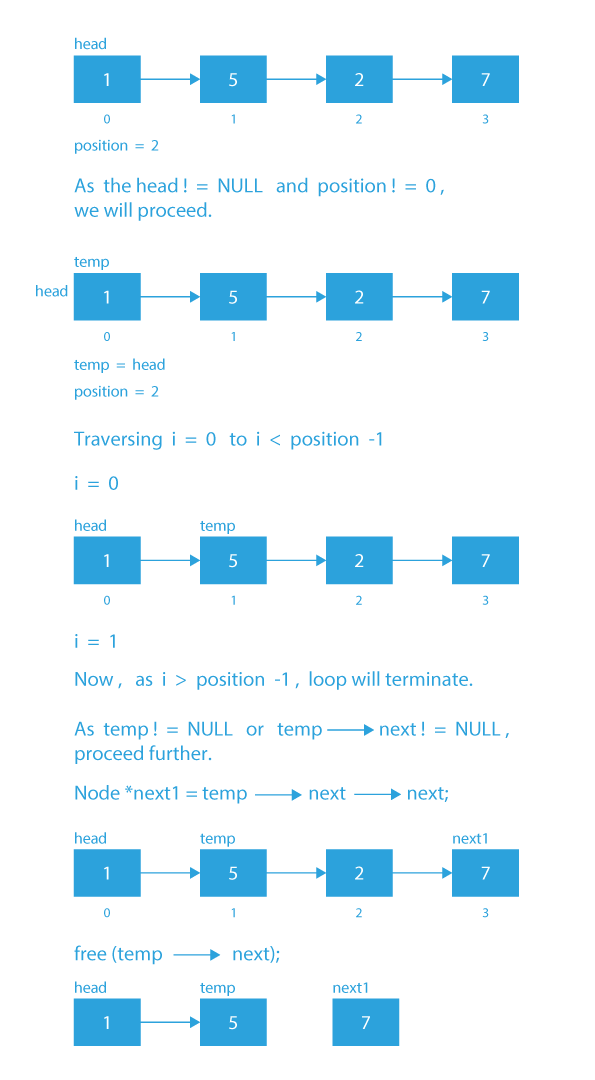 So, in this article, we have tried to explain the most efficient approach to delete a node at a given position. This is an important question when it comes to coding interviews. If you want to solve more questions on Linked List, which are curated by our expert mentors at PrepBytes, you can follow this link Linked List.