We will be given a Binary linked list, i.e, a list where each node will be having either 0 or 1 as its data, and we need to find its decimal equivalent.

Let's try to understand the problem with the help of an example:

Our approach will be straightforward: 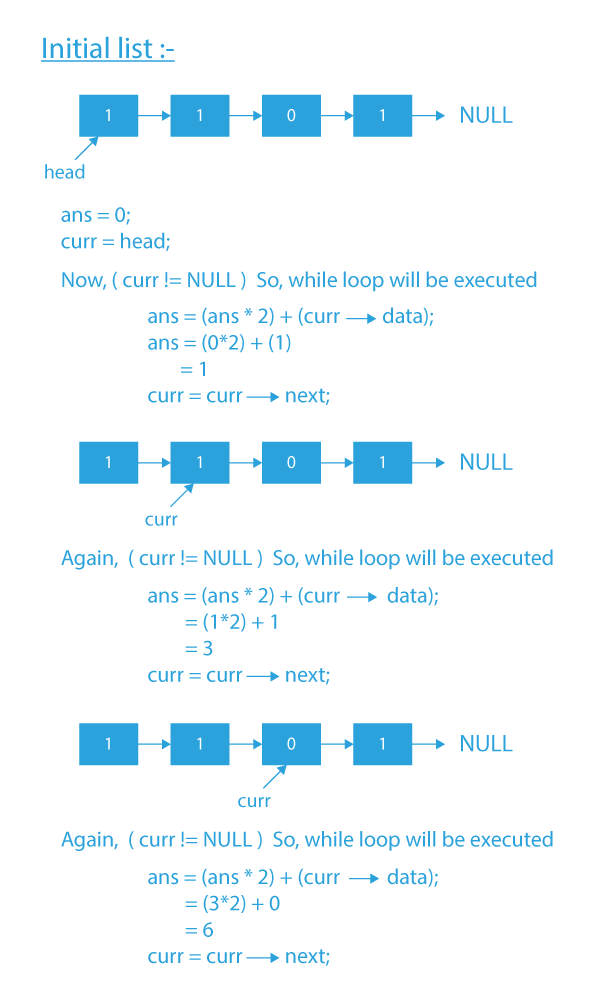 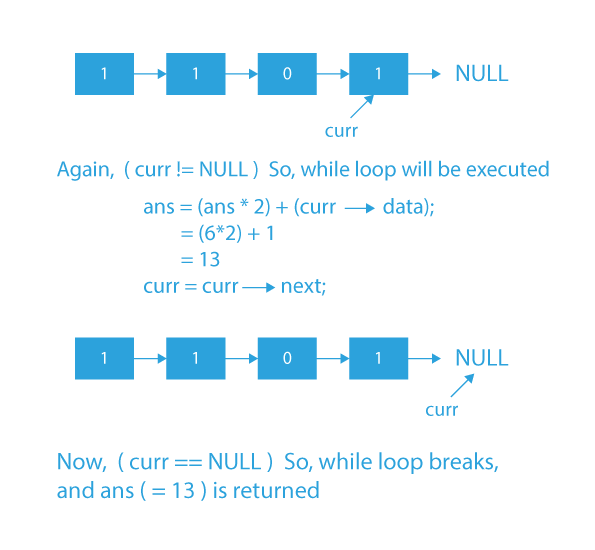 Time Complexity: O(n), where n is the number of nodes in the linked list.

So, in this blog, we have tried to explain how you can get the decimal equivalent of a binary list in the most optimal way. If you want to solve more questions on Linked List, which are curated by our expert mentors at PrepBytes, you can follow this link Linked List.