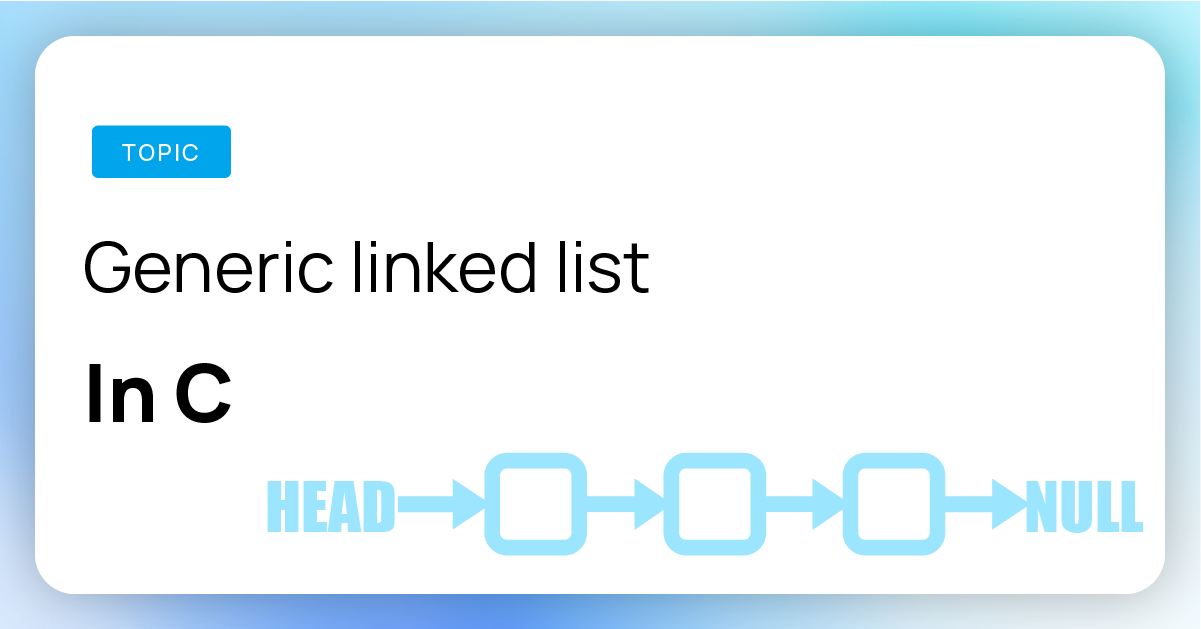 In this article, we will discuss in detail about generic linked list in C. Data Structures are very important in the interview for any IT firm. Practicing more and more on data structures will help you to get placed in your dream company. Now, Let’s discuss Generic Linked List in C.

What are generic linked lists?

The above two linked lists are having different types of data. The first one stores integer whereas the second one stores float. To implement the above-mentioned linked lists generally, we would define two different nodes individually for both the linked lists.

In this article, we are going to discuss how to implement c generic linked list.

Let’s look at the structure of a node in a singly linked list:

It can store two values:

According to the definition of a generic linked list, it should be able to store data of any type.

It can be implemented using template in C++. But in a language like C, there is no support for generics. So how to tackle this limitation?

So, now we have something called void pointer in our node using which we can create a generic linked list in C.

Now let us look at the implementation of two functions push_front() and printIt() on our generic linked list.

push_front() function will take ‘x’ as one of its arguments and will add this element ‘x’ at the beginning of the linked list.

Now, how to implement such a function for the generic linked list?
This function will require 2 information about the data being added:

Since the size of data is not predefined, we need to pass the data as a void pointer and also provide its size.

printIt() function will print the contents of the linked list.

To print the contents of a linked list, this function will require the pointer to the head of the linked list, along with the suitable function to print according to the type of data stored in it. For that, we have defined 2 helper functions to print integer and float-type data. We can pass these functions to the printIt() function as a void pointer.

In this article, we went through understanding how a void pointer can be used to store the address of any data type and used it to implement a generic linked list in C. Thinking about problems like these is good for strengthening your grip on LinkedList. I would highly recommend you practice some problems on a linked list from Linked List.

A linked list generated from the generic node is known as a generic linked list which can store any type of data.

Linked lists are often used because of their efficient insertion and deletion. They can be used to implement stacks, queues, and other abstract data types.

The Linked List is a linear data structure, in which the elements are not stored at contiguous memory locations. The elements in a linked list are linked using pointers. It is implemented on the heap memory rather than the stack memory.