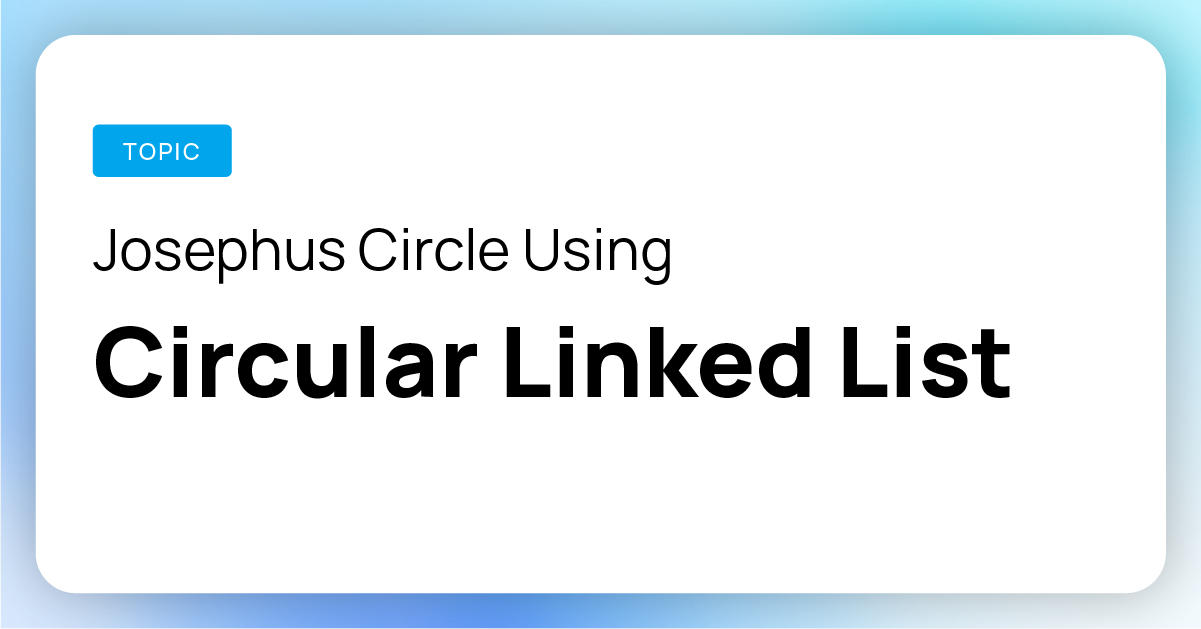 As we have seen Different types of linked lists, We are aware of Circular linked lists.In this article we are seeing an approach to josephus problem linked list.

In josephus problem using circular linked list N people are standing in a circle waiting to get executed. The counting begins at some point in the circle and proceeds around the circle in a fixed direction. In each step, a certain number of people are skipped, and the next person is executed. The elimination proceeds around the circle (which is becoming smaller and smaller as the executed peoples are removed), until only the last person remains, who is given freedom.

Given the total number of person N and a number M, which indicates that M-1 persons are skipped and the Mth person is killed in the circle, your task is to choose the place in the initial circle so that you are the last one remaining (survive).

Understanding of Josephus Problem with Example

Let us understand the problem with the help of an example: 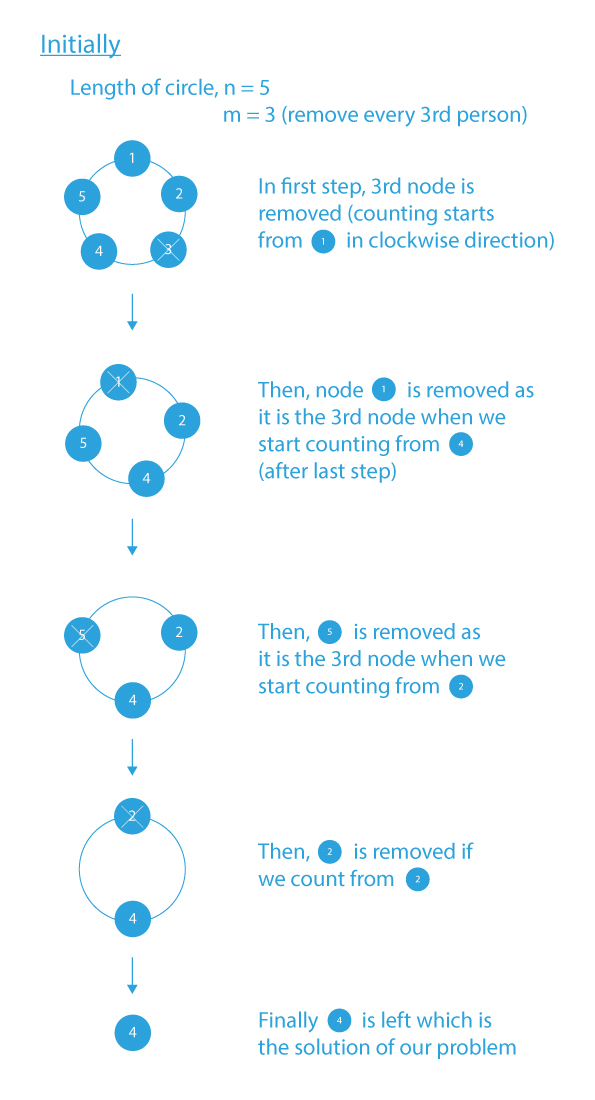 At this point, we have understood the problem statement of josephus problem linked list. Now we will try to formulate an approach for this problem.

Before moving to the approach of josephus problem using circular linked list, try to think about how you can approach this problem. 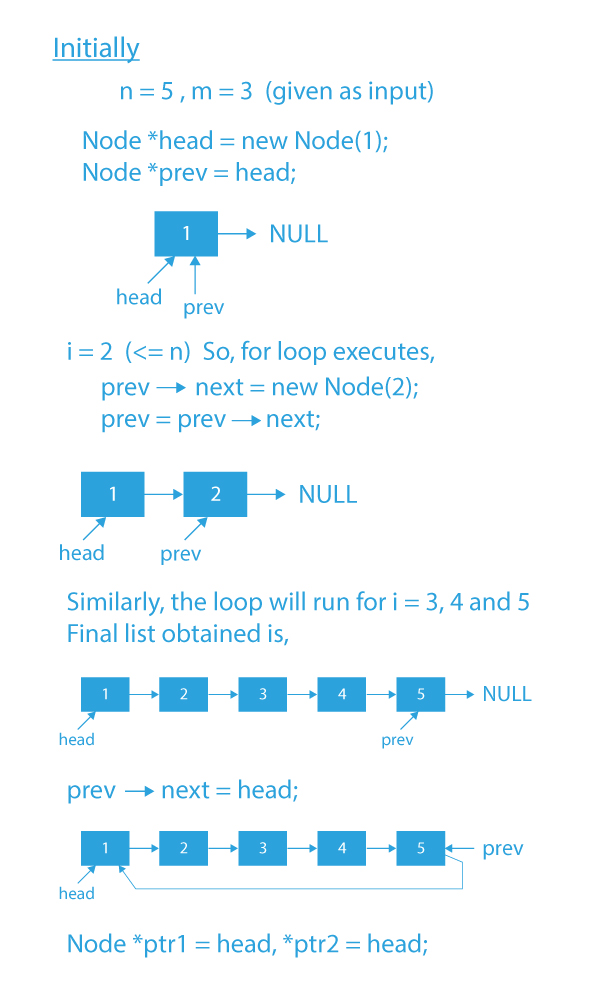 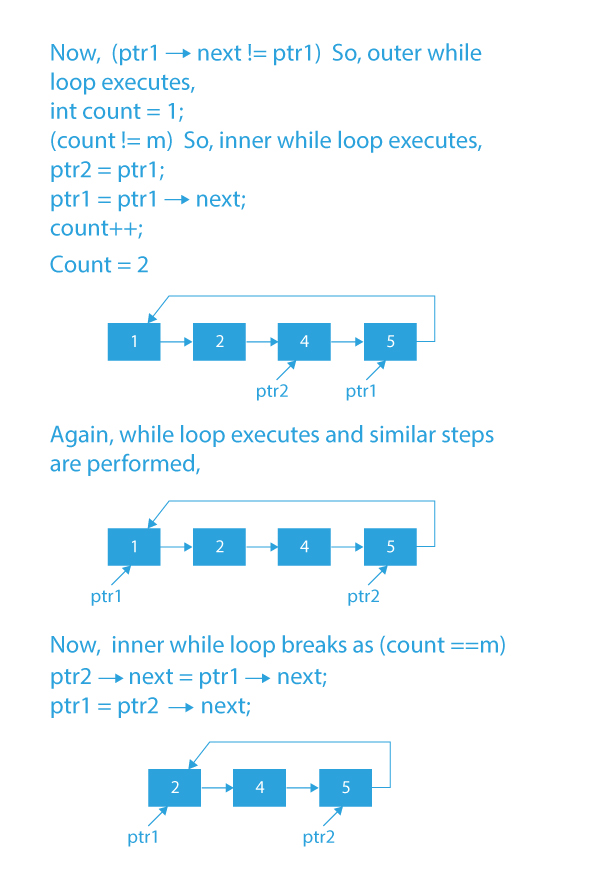 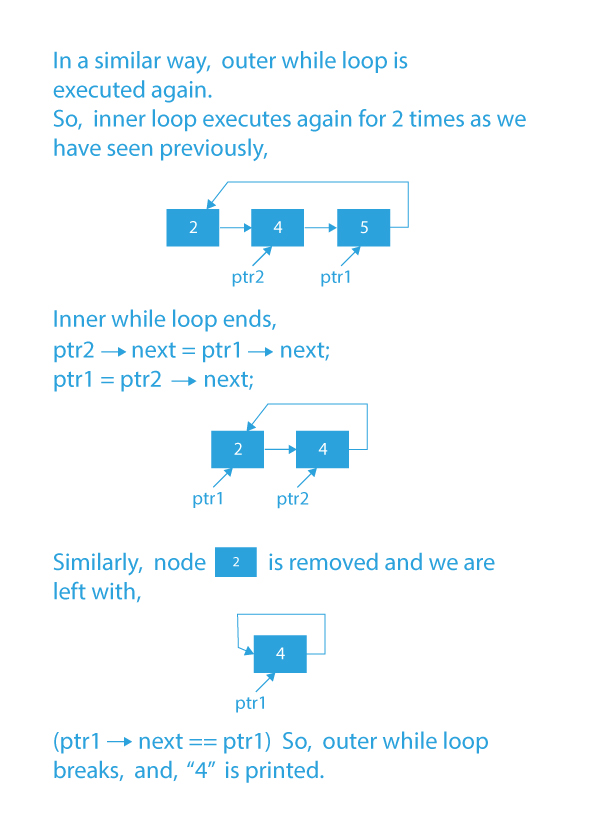 Time Complexity of josephus problem linked list: O(M*N), where M and N are the inputs.

So in the above article, we have tried to explain how you can solve the josephus problem using circular linked list most optimally. If you want to solve more questions on Linked List, which are curated by our expert mentors at PrepBytes, you can follow this link Linked List.