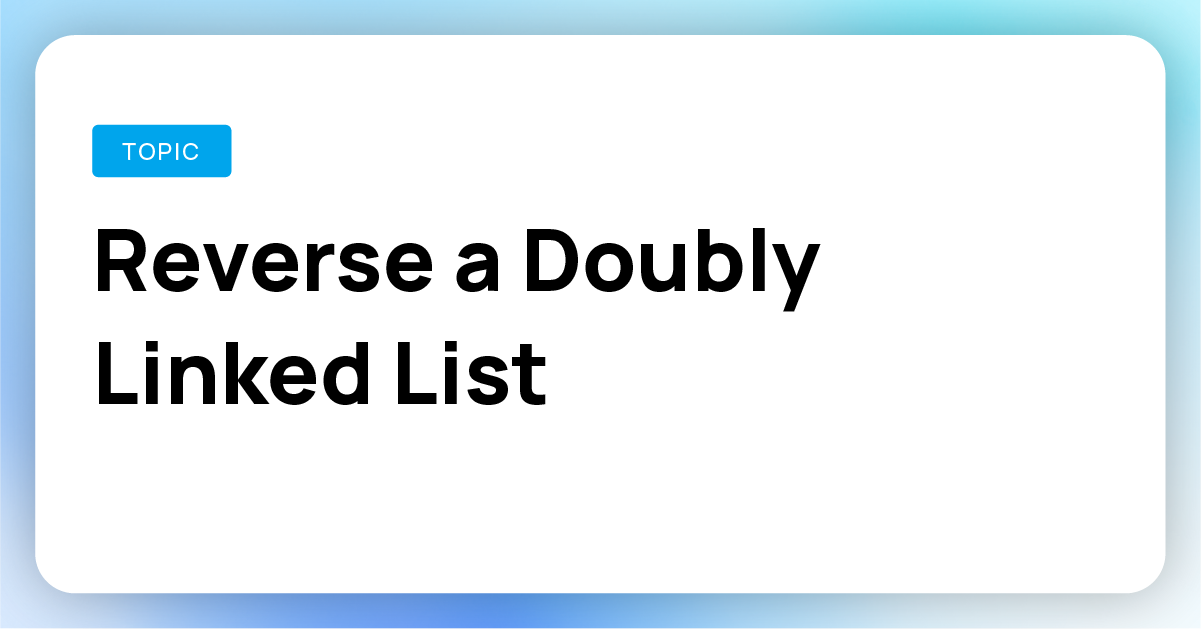 In this problem, we will be given a doubly linked list as input, and we need to reverse it.

According to the problem statement, we will be given a doubly-linked list, and we need to reverse the linked list.

Let's understand this problem with the help of some examples.

This approach will be similar to reversing data present in an array.
1) We will initialize 2 pointers, one at starting and the other at the end of the linked list.
2) We will swap the node's data to which the pointers are pointing.
3) And then, we will move the pointers toward's each other by one step.
4) We will be performing step 2 and step 3 untill both the pointers do not cross each other or reach at the same position.
5) Finally, when both pointers reaches the same position, our doubly linked list will be fully reversed.

Time Complexity: O(n), 2 traversals will be required in this approach, one to get the address of the last node and another traversal to reverse the list.

The above approach will work fine, but the only issue is that we are traversing the linked list twice. Now we need to ask ourselves one simple question: Do we actually need two list traversals to reverse the linked list.

Is it possible to reverse the linked list in a single traversal?

Let's move to next approach.

As we know that in a doubly linked list, we can access the previous as well as the next node of a given node, so it means that we can easily achieve reversal of the list by swapping the previous with next pointers of all nodes iteratively.

Let's move to the algorithm section to see the above approach in depth. 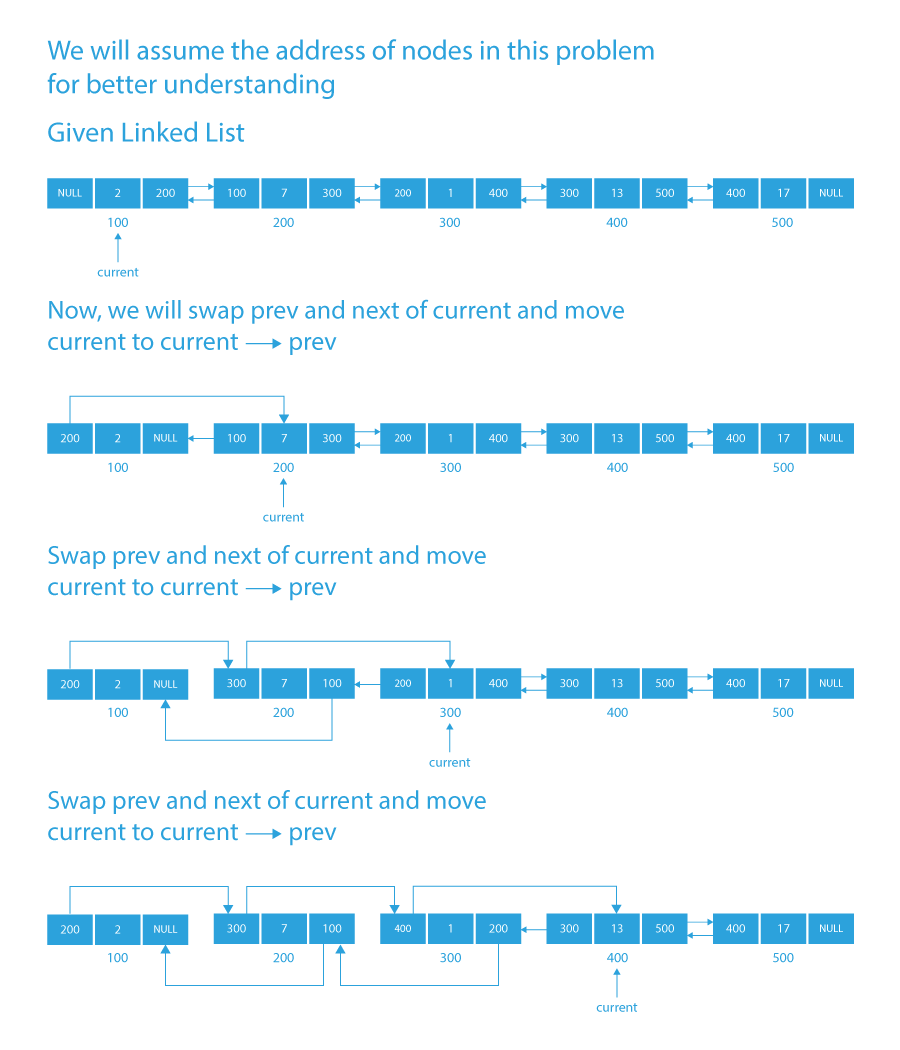 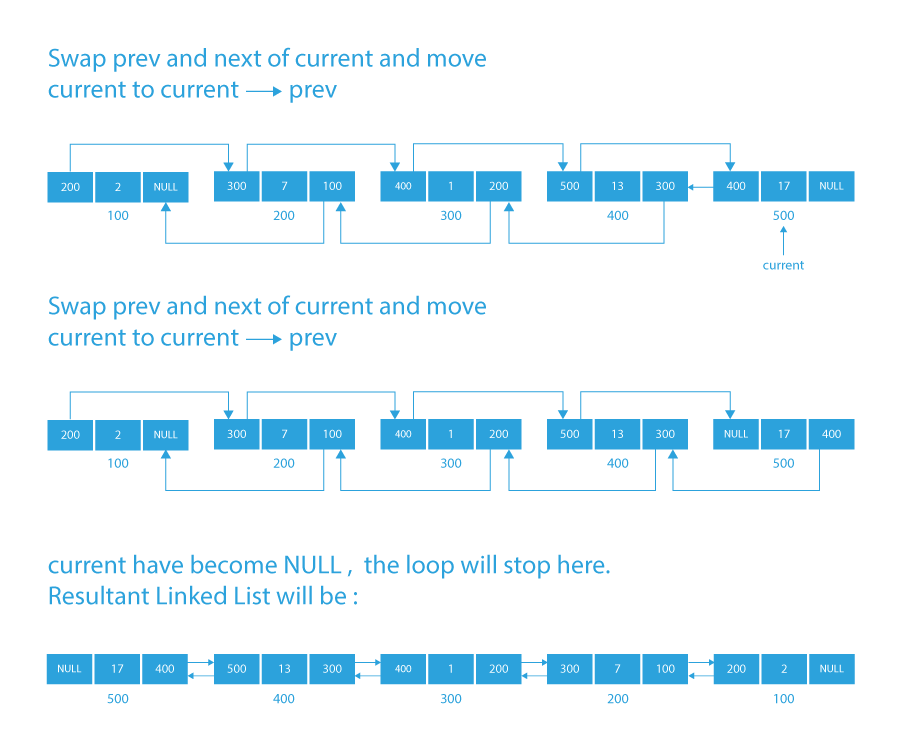 Time Complexity: O(n), where n is the number of nodes in the linked list
[forminator_quiz id="5087"]

So, in this blog, we have tried to explain how you can reverse a doubly linked list in the most efficient way. This is a basic problem and is good for strengthening your concepts in LinkedList and if you want to practice more such problems, you can checkout Prepbytes (Linked List).