The linked list is one of the most important concepts and data structures to learn while preparing for interviews. Having a good grasp on Linked Lists can be a huge plus point in a coding interview.

In this problem, we are given a pointer to a node to be deleted in a singly linked list. We have to delete that node from the list.

Well, our lives would’ve been easier if we were given the pointer to the head.

and we have a pointer to 2.

Well, now that we’ve understood the problem statement, let us discuss how we can approach this problem.

So, how should we approach this problem?

Our approach is going to be pretty straightforward.

Let us take an example.

Note: This approach will only work if the node to be deleted is not the last node of the list. As we are copying the next node's data, the last node doesn't have a next node, so it would throw an error. 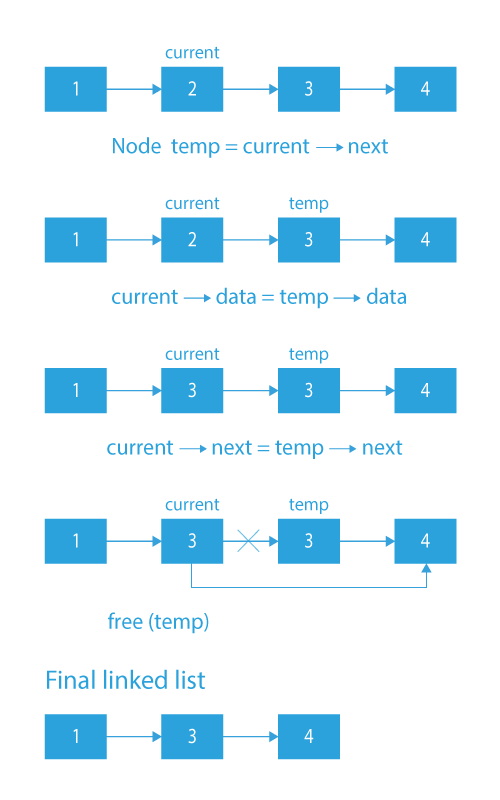 Given only a pointer to a node to be deleted in a singly linked list, how do you delete it?

Time Complexity: O(1), as no traversal is needed.

So, in this article, we have tried to explain how to delete a node from a linked list, if only a pointer to that node is given. This is a very tricky and important question when it comes to coding interviews. If you want to solve more questions on Linked List, which are curated by our expert mentors at PrepBytes, you can follow this link Linked List.