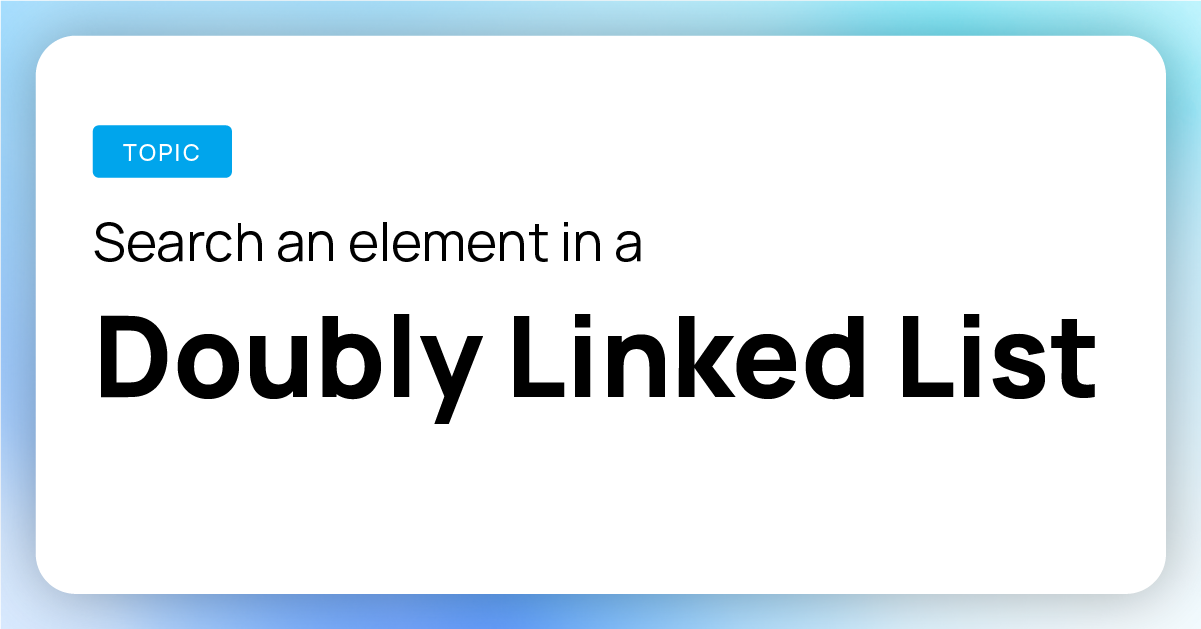 Learn the most efficient way to search an element in a doubly linked list.

In this problem, we are given a Doubly Linked List, and we need to search for a node with value X in the list and return its position.

Let’s try to understand the problem statement with the help of an example.

Note: If there is no node with the value of X in the list, the output will be -1.

Now I think the problem statement is clear, so let’s see how we can approach it.

In order to find an element X in the given doubly linked list: 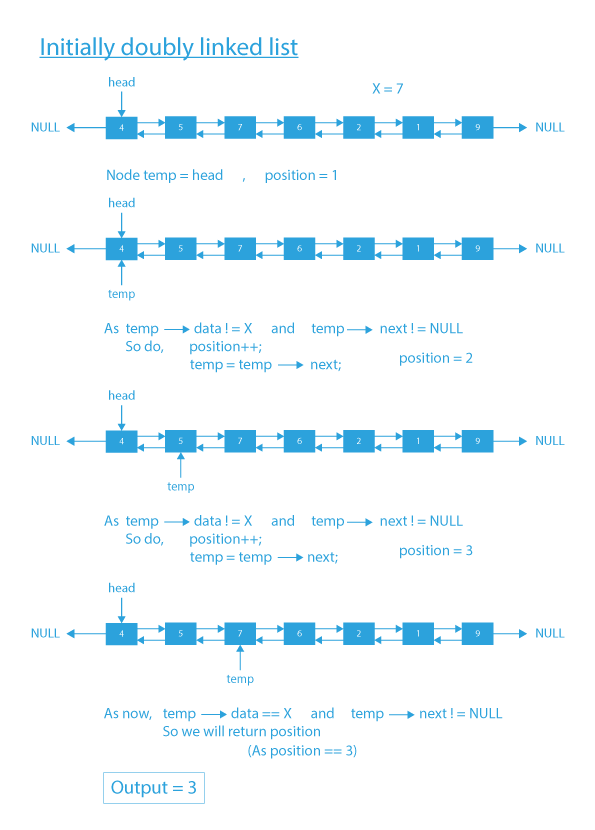 Time Complexity: O(n), where n is the total number of nodes in the Doubly Linked List.

So, in this blog, we have tried to explain how you can search a value in a doubly linked list. If you want to solve more questions on Linked List, which are curated by our expert mentors at PrepBytes, you can follow this link Linked List.